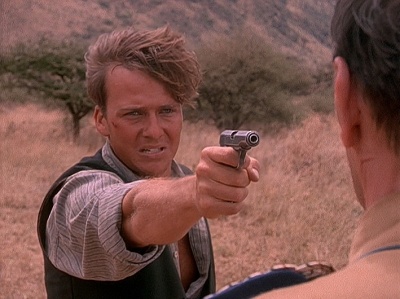 Sean Patrick Flanery is an American actor who first gained attention for being cast as a young Indiana Jones for the television series The Young Indiana Jones Chronicles. He would later gained cult status for his role as Connor MacManus in the 1999 film The Boondock Saints, and its 2009 sequel. He also appeared in such films as Lone Hero, Sinners and Saints, and Beyond Valkyrie: Dawn of the Fourth Reich.