Say a Word for the Poor Hussar (original title O bednom gusare zamolvite slovo) is a Soviet 1980 made for TV historical tragicomedy movie directed by Eldar Ryazanov. In mid-19th century Russia Count Merzlyaev (Oleg Basilashvili) is sent with a special mission to a hussar regiment, based in a provincial town. Several hussar officers are suspected of participation in a conspiracy, and Merzlyaev has a plan to test them. The most important element of this plan is an actor Afanasy Bubentsov (Evgeni Leonov) who has to appear in the role of a "conspirator".

The following weapons were used in the film Say a Word for the Poor Hussar (O bednom gusare zamolvite slovo): 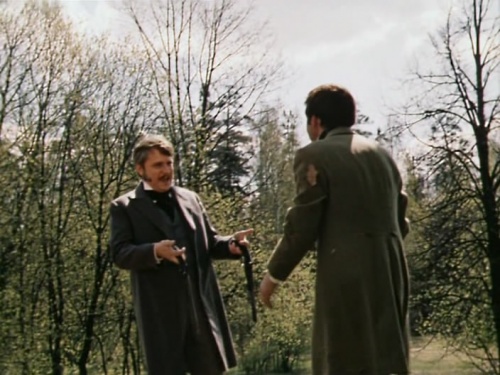 Merzlyaev hands two pistols to his manservant Artyuhov (Georgiy Burkov). These pistols have longer barrels than the service army pistols. 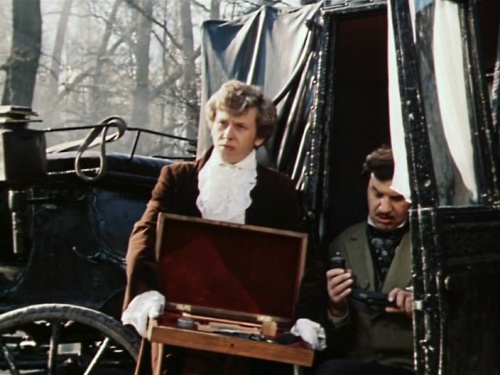 Artyuhov cleans the pistols and puts them in case. 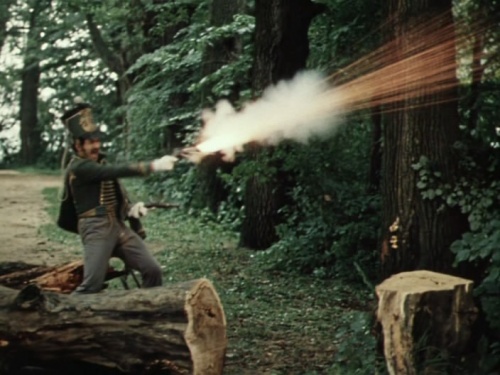 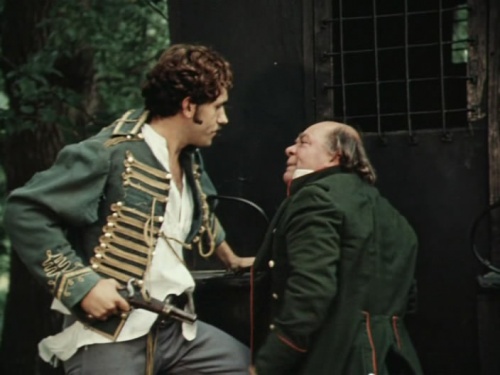 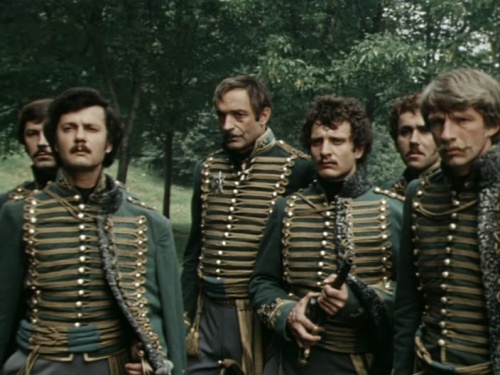 A pistol is seen in hands of a hussar officer (Nikolay Kochegarov). 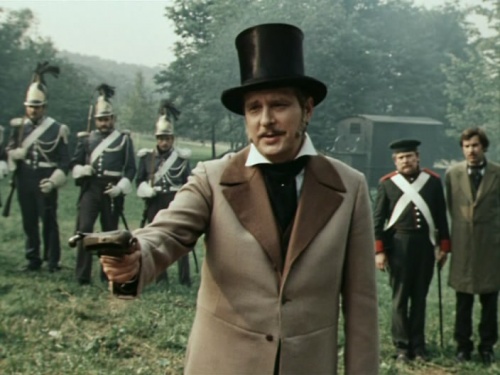 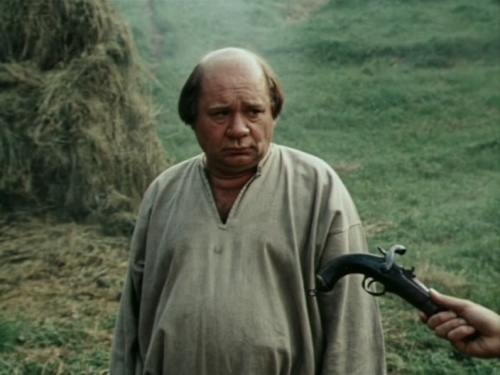 Soldiers and prison guards, including jailer Stepan (Viktor Pavlov), are seen with percussion cap muskets that appear to be Russian M1845s. In the climactic scene Cornet Aleksey Pletnyov (Stanislav Sadalskiy) grabs a musket. 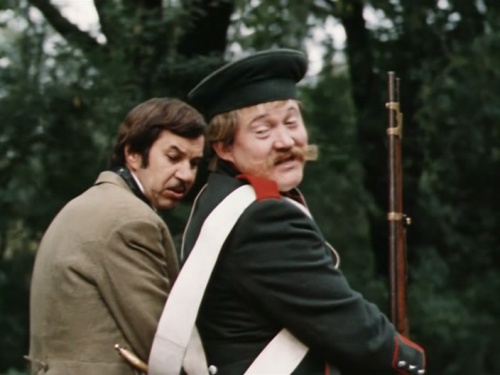 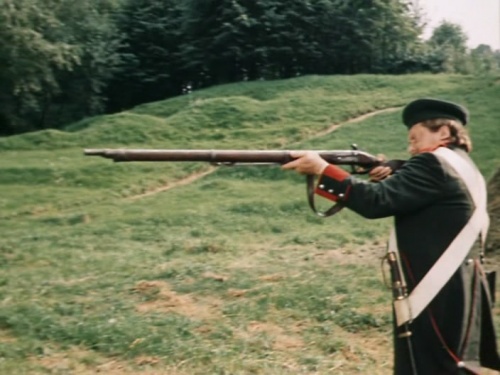 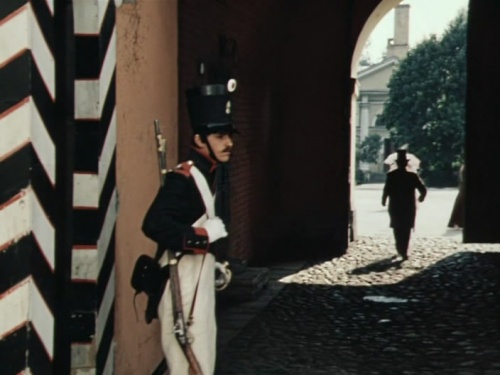 A soldier on guard. 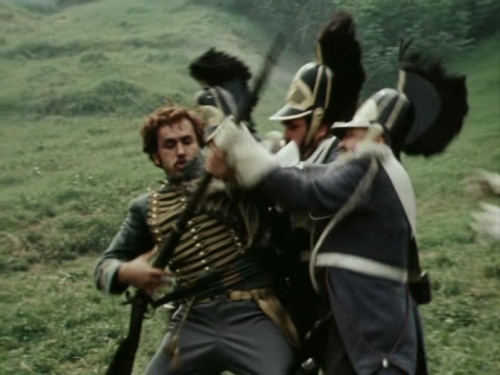 Pletnyov grabs a musket from a gendarme.
Retrieved from "http://www.imfdb.org/index.php?title=Say_a_Word_for_the_Poor_Hussar_(O_bednom_gusare_zamolvite_slovo)&oldid=1247461"
Categories: