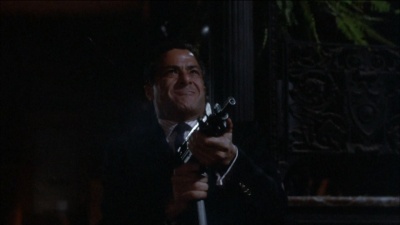 Richard Romanus with an Uzi as Frank Vincenzo in Murphy's Law (1986).

Richard Romanus (born June 29, 1964) is a retired American actor. He appeared in such movies and TV series as Mean Streets, Point of No Return, The A-Team, Hunter. In 2004 Romanus dropped his cinema career and focused on writing prose.