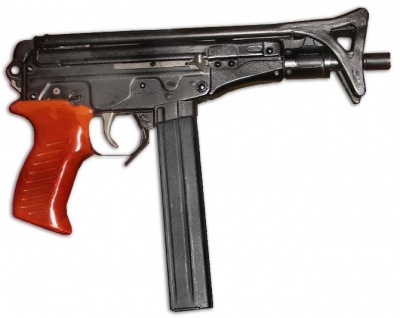 The OTs-02 "Kiparis" (Kiparis means Cypress in Russian) is a modern select-fire submachine gun. It was developed by KBP Instrument Design Bureau for Russian special forces. Although it was designed in 1972 (as TKB-0104), it wasn't issued until 1990.

The OTs-02 Kiparis and variants can be seen in the following films, television series, video games, and anime used by the following actors: