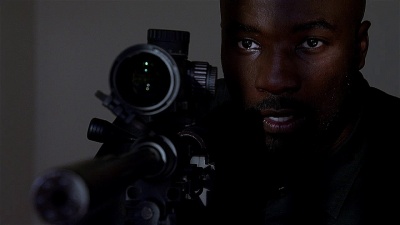 Mike Colter is armed with a Nemesis Arms Vanquish as Colin Bramwell in Criminal Minds.

Mike Colter is an American actor who has appeared in such films and television series as Zero Dark Thirty , Men in Black 3 and Criminal Minds in addition to his portrayal of the Marvel superhero character Luke Cage in both Jessica Jones and the self-titled Netflix series.