Mata Hari, Agent H21 is a 1964 French-Italian spy drama directed by Jean-Louis Richard. Paris during the First World War: The exhilarating exotic dancer Mata Hari is not only asked for her own oriental dances. She uses her physical charms and the crowd of admirers to get secret information. Her work as a spy works to this point almost smoothly - until she falls in love with a French Captain. A biography film with Jeanne Moreau and Jean-Louis Trintignant about the legendary female spy with her dangerous double life.

The following weapons were used in the film Mata Hari, Agent H21:

Captain François Lasalle (Jean-Louis Trintignant) use a Mle 1892 Revolver. During the encounter with German soldiers, he gives the revolver to Mata Hari / Margaretha Geertruida Zelle (Jeanne Moreau) to defend herself. French soldiers and police also wield this revolver. 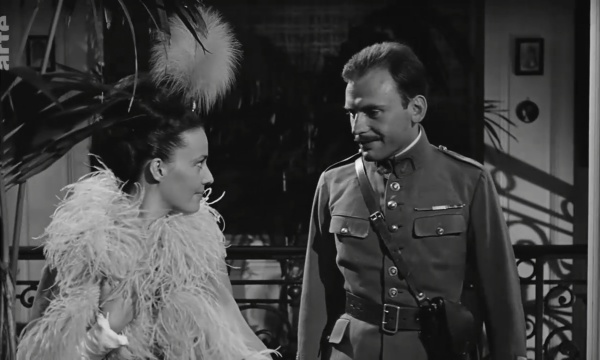 François Lasalle accompanies Margaretha with his revolver in a holster. 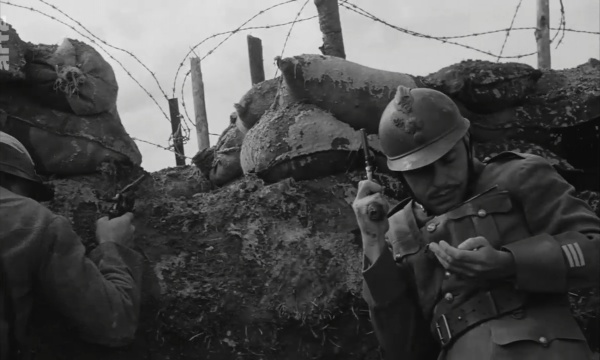 While at the frontline François and another officer hold their revolver at the ready. 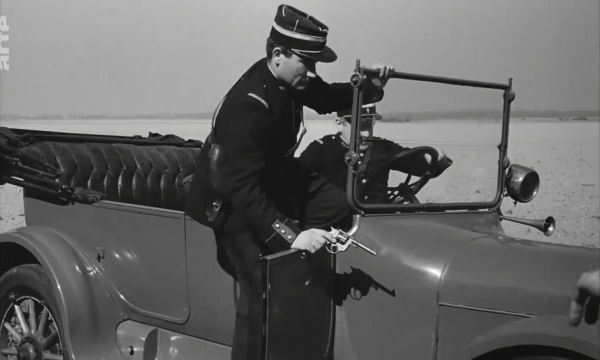 Two French police officers get in their car to pursuit Margaretha and Jean. Note the hand in the lower right corner which is clearly from a film crew member. 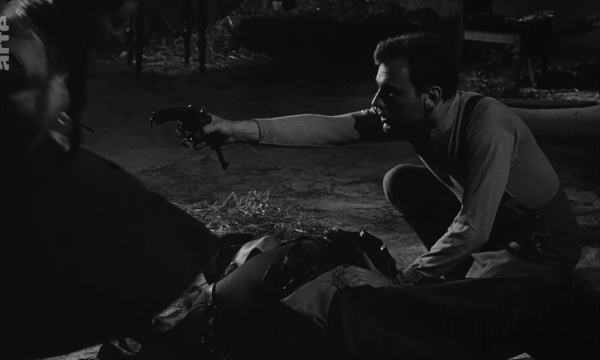 A German soldier approaches their room, François offers his revolver to Margaretha. 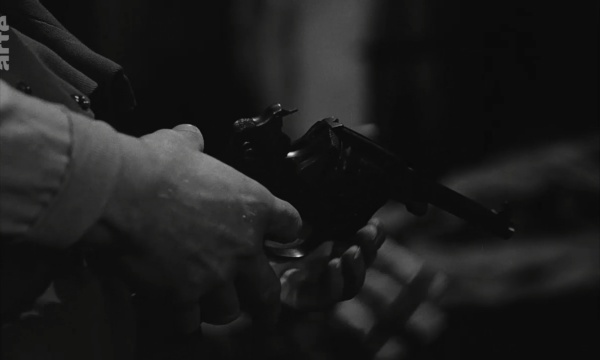 He helps her to to use the revolver properly by cocking the hammer.

A Smith & Wesson Model 10 is fired by Julien the Chauffeur (Claude Rich) during an ambush. 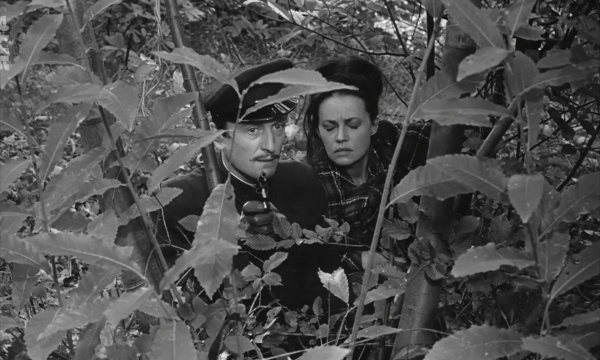 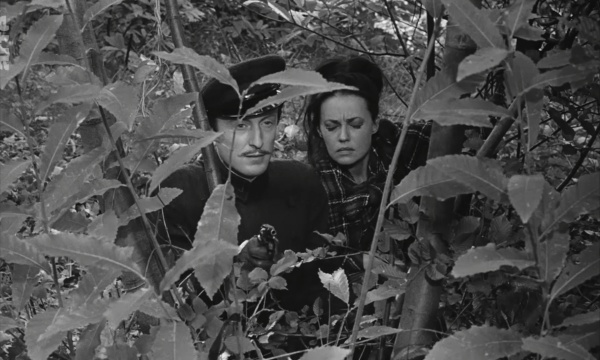 ...and starts firing at them which also results in that their vehicle bursting into flames.

The majority of French soldiers are armed with Berthier Mle 1907-15 rifles. Some of them are equipped with Rosalie bayonets 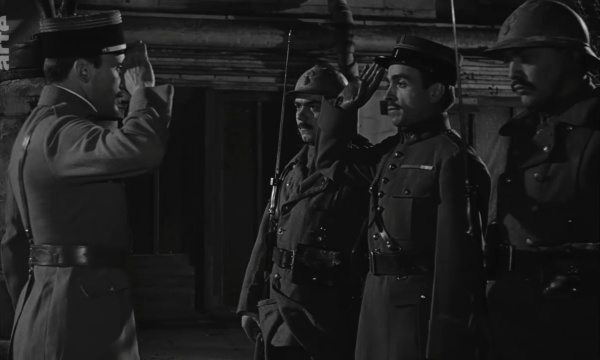 Two soldiers guarding an officer with important information have Berthiers with fixed bayonets. 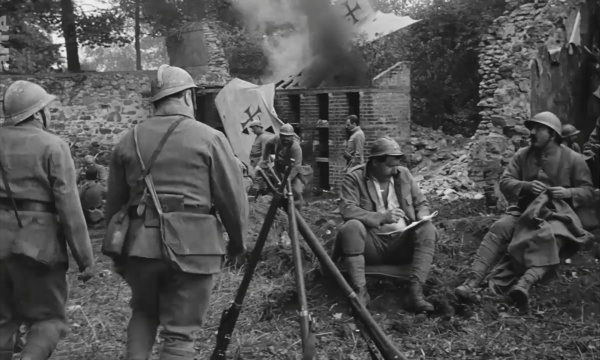 Several Berthier rifles plugged together at a first aid station. 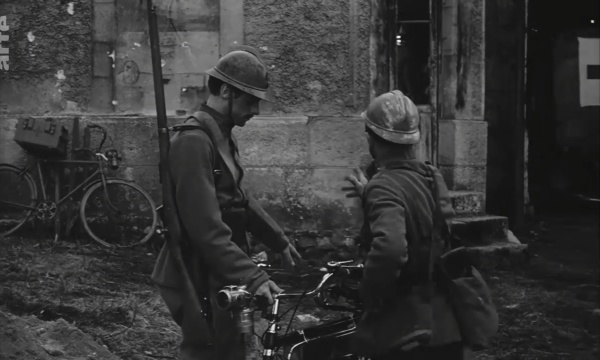 A French soldier with his slung Berthier tells a runner where his commanding officer is. 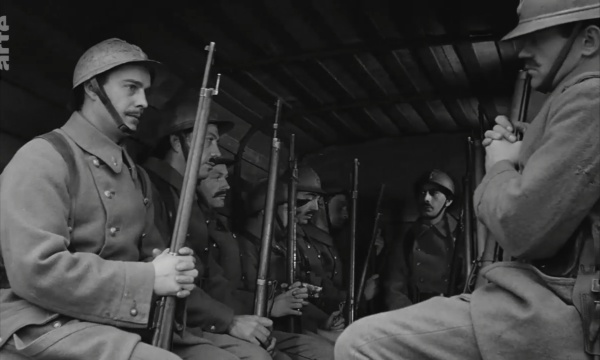 French soldiers in a lorry with Berthier rifles. 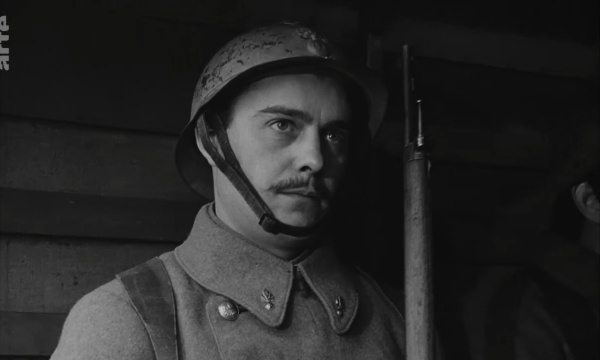 A closer view of one Berthier of a soldier (Charles Denner). 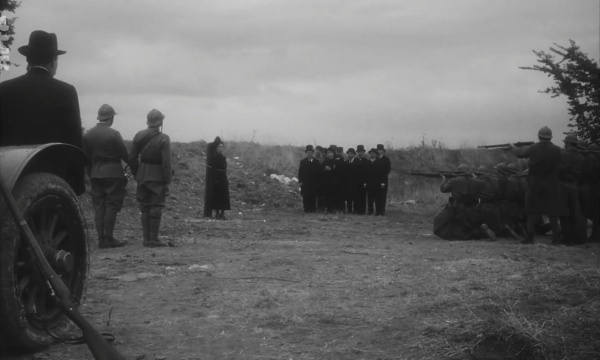 An unused rifle on the left during the execution on October 15, 1917. 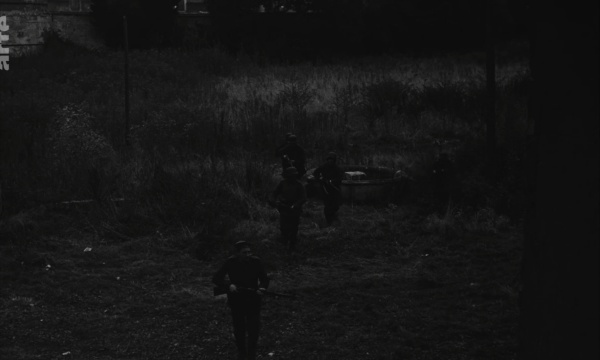 A group of German soldiers reached the farm where François and Margaretha spent the night. 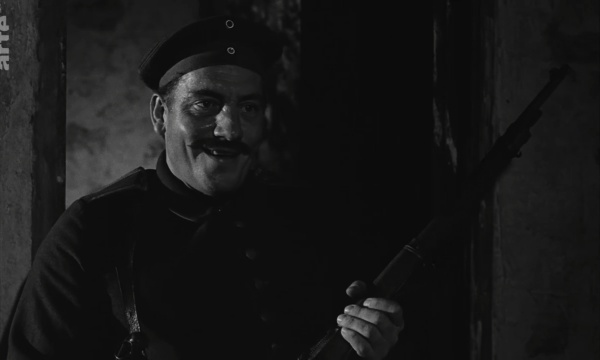 One of the Germans (Sylvain Levignac) discovers Mata Hari in bed. The Lange Visier rear sight is visible. 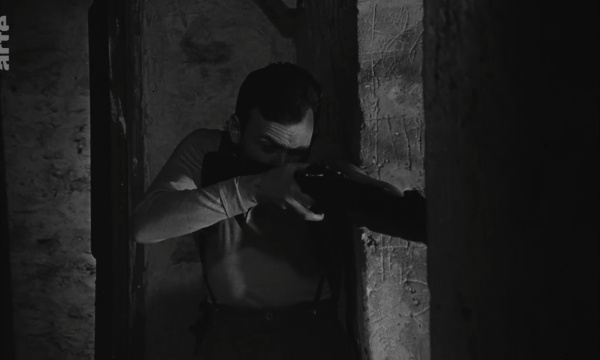 Some French soldiers of the firing squad are seen with Lebel 1886 M93 rifles. 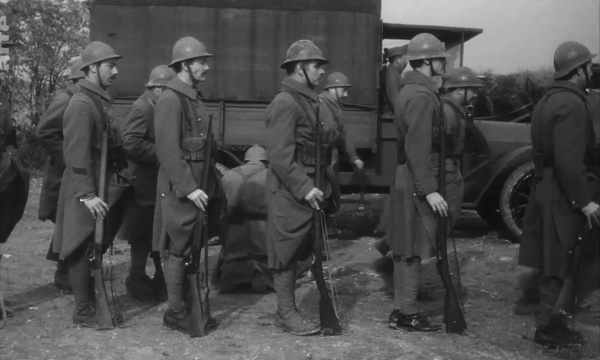 Two French soldiers on the left hold their Lebels.

The soldiers on the right carry Gras rifles. 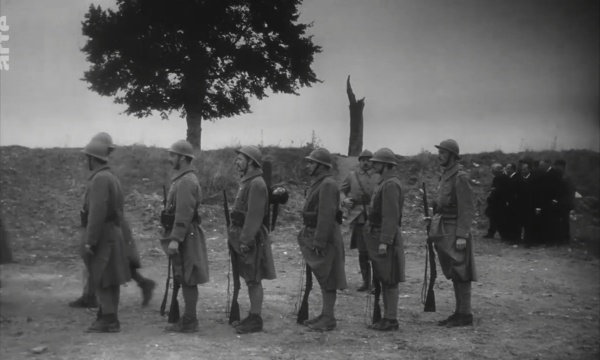 The French firing squad after the execution.

Two Spanish soldiers are seen with unknown rifles while guarding the Embassy in Barcelona. 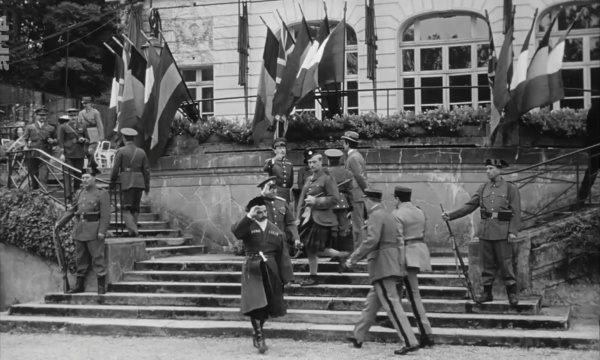 The soldiers with their rifles.

A Canon de 75mm is briefly seen at a first aid station. 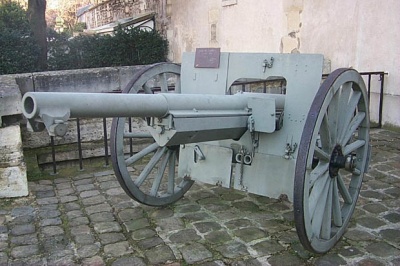 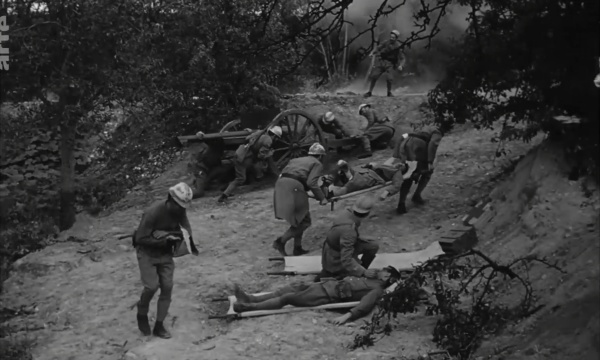 Soldier try to push the gun out of the mud.

German soldiers and François use anachronistic DF 37/46 hand grenades. These grenades may stand in for correct German Model 17 Eierhandgranate n. A. egg grenades. 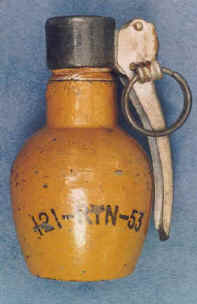 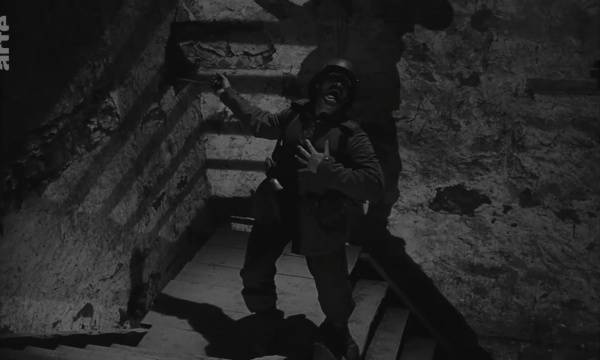 A German soldier holding a grenade while he is shot. 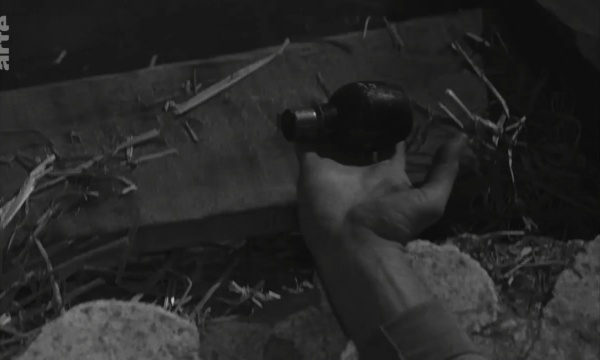 The Grenade rolls out of François' hand. Due to the dramatic moment, this grenade needs 26 seconds to explode.
Retrieved from "http://www.imfdb.org/index.php?title=Mata_Hari,_Agent_H21&oldid=1470009"
Categories: