Little Partisan (Malý partyzán) is a 1950 Czech black-and-white war drama directed by Pavel Blumenfeld. Before end the Nazi occupation in a small czech town. In the vicinity is active partisan unit, which in cooperation with the local resistance invades a convoy carrying weapons from a local factory for the German army. The Gestapo men Schulze (Jaroslav Rauser) and Bohne (František Sec) is coming to town and puts a heavy blow to the local resistance, when destroyed clutch to partisans. Thirteen Jenda Hanuš (Josef Šlosar), son of the local chief of resistance movement replace the clutch and over all hazards are cast for important messages.

The following guns were used in the film Little Partisan (Malý partyzán): 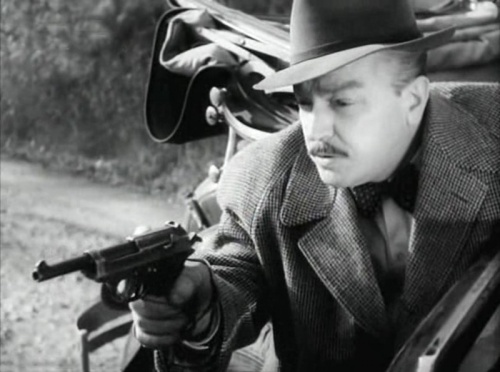 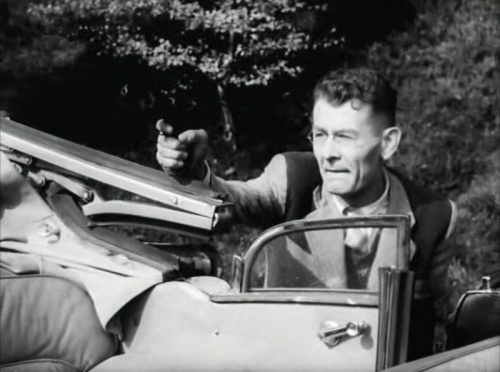 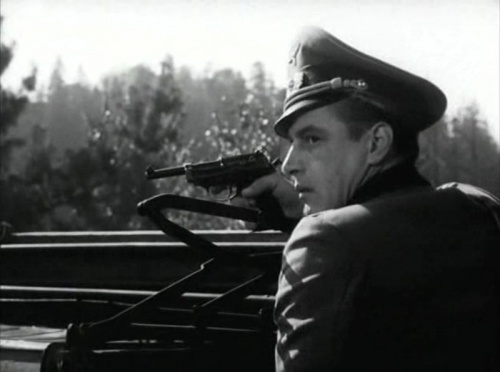 The commander of the SS garrison (Karel Fort).

With partisans were also Czechoslovak paratroopers from England armed a Sten submachine guns. 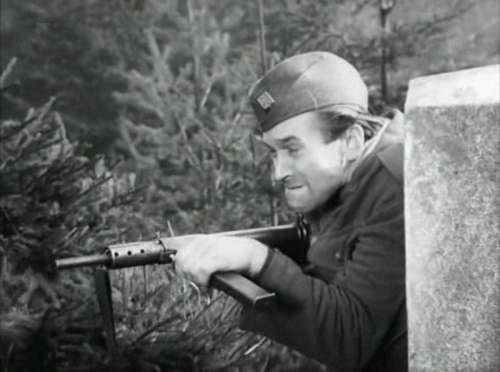 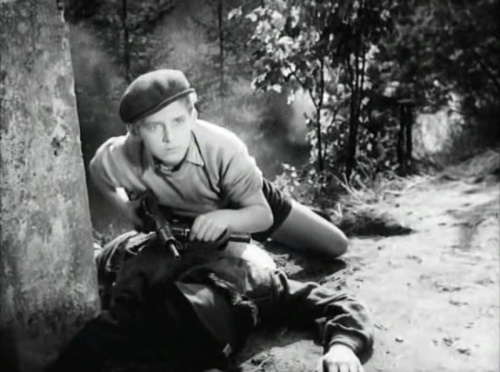 A typical weapon of partisans unit was a Soviet PPSh-41 submachine gun. 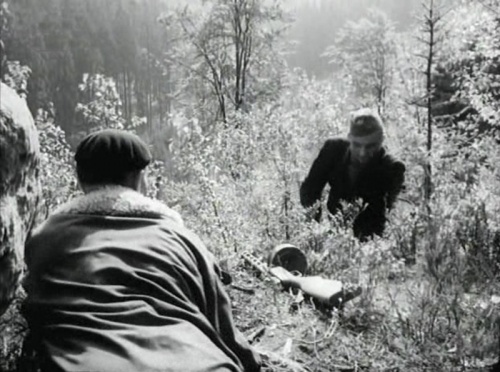 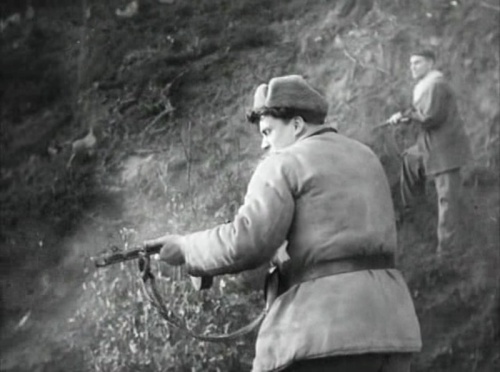 A German and partisans in the film used a Karabiner 98k rifles. 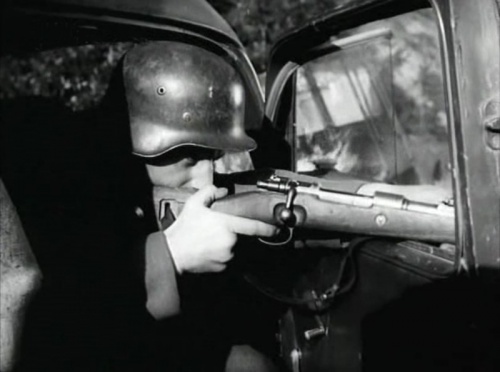 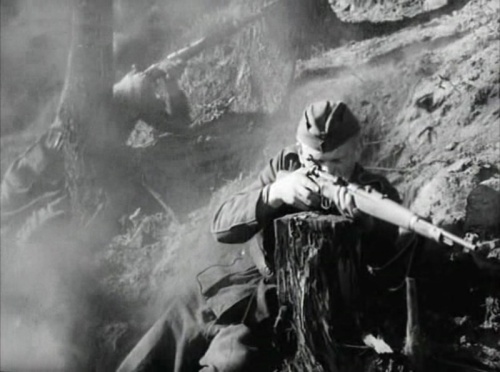 In German Army at the end of the war almost replaced Sturmgewehr 44 assault rifle a traditional sumachine guns. 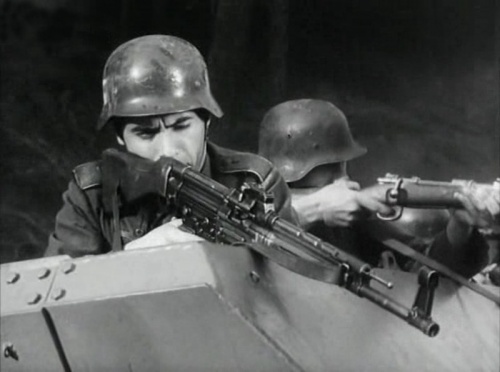 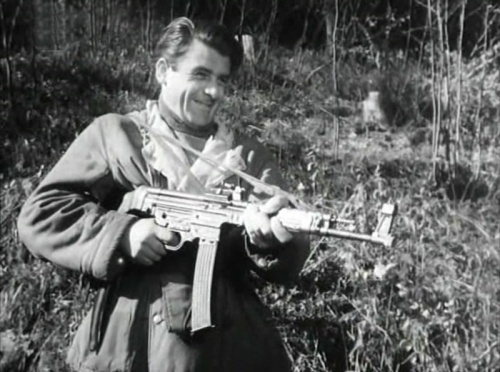 The commander of partisans (Oldrich Vykypel) had seized the assault rifles. 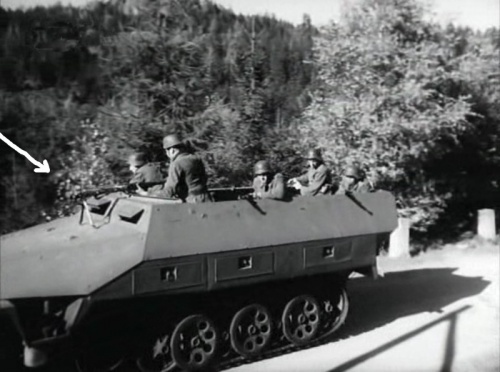 The German armored car equipped with a MG34 machine gun. 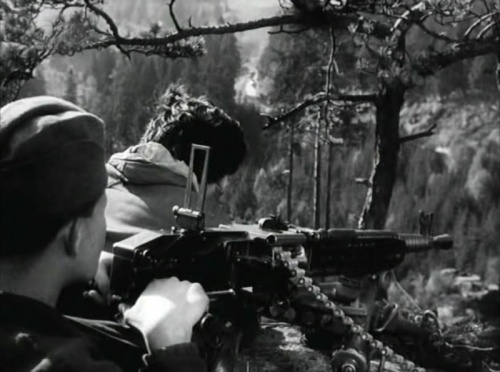 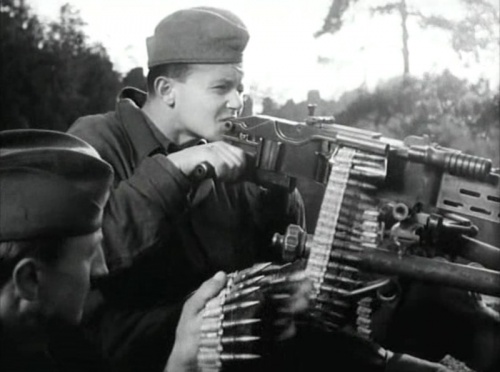 Partisan throws a Model 24 Stielhandgranate at the Germans. 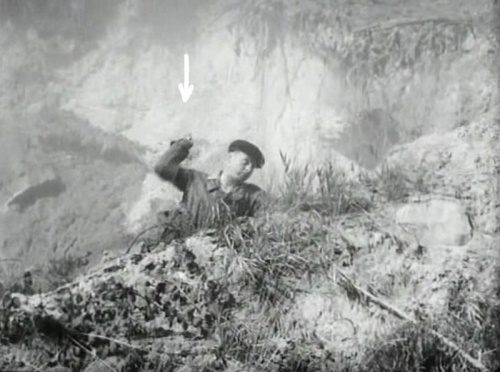 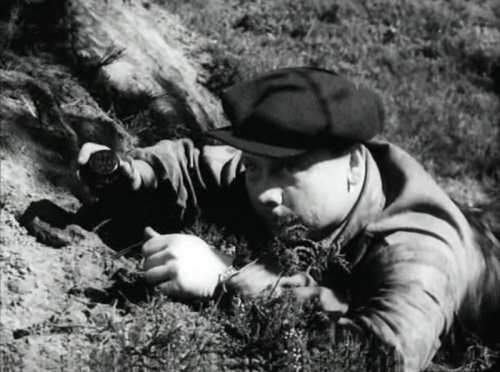 Partisan is going to destroy the German armored car from a Panzerfaust. 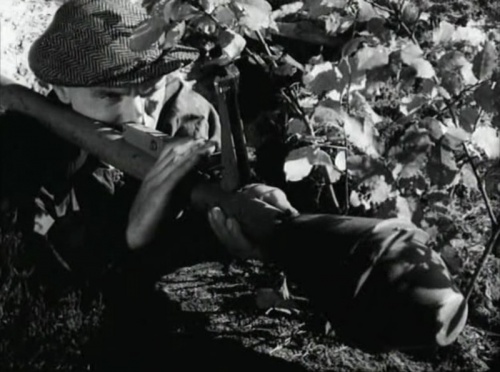