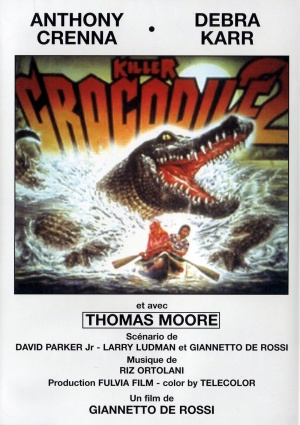 The following weapons were used in the film Killer Crocodile 2:

One of the three jungle inhabitants is armed with a Mossberg 500AT 12 gauge shotgun. But in a scene it's replaced by Joe's (Ennio Girolami) famous Browning Auto-5 shotgun. 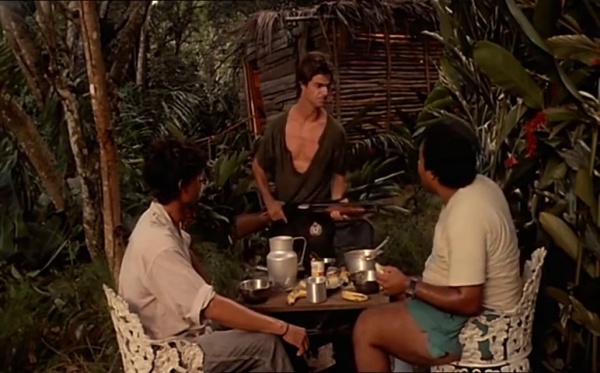 The man with his Mossberg 500AT. 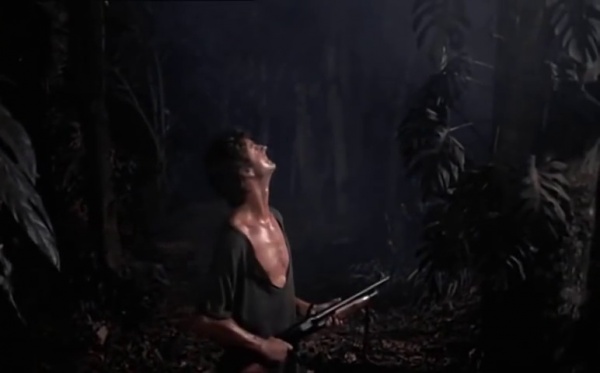 The man patrolling the forest with his Mossberg 500AT. 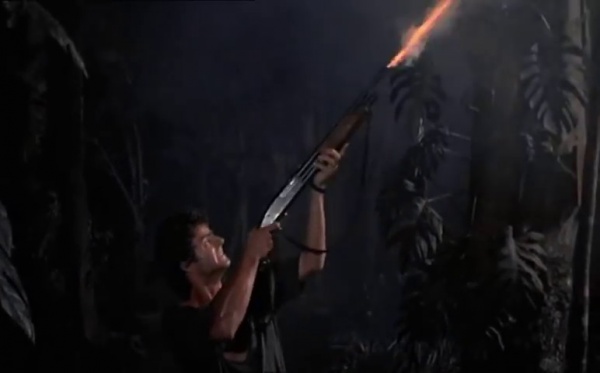 The man fires his Mossberg 500AT. 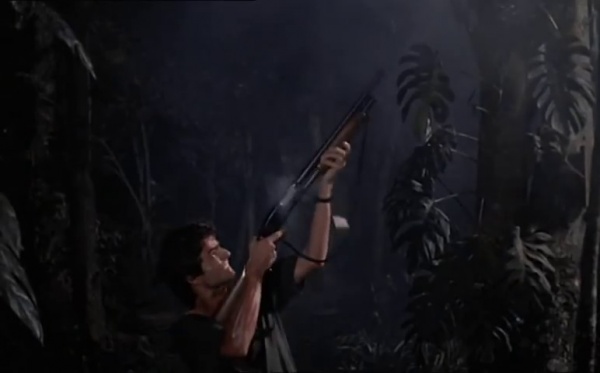 The man racks the pump on his shotgun. 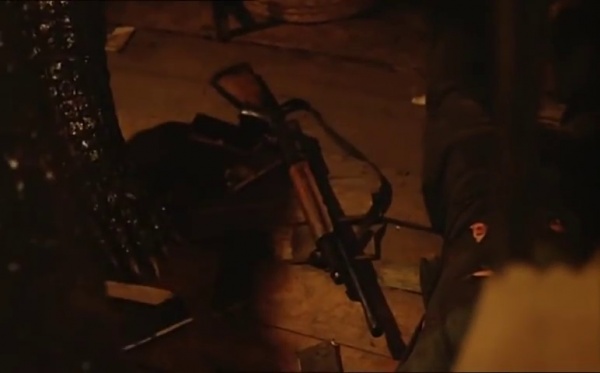 In this scene it can clearly seen that the Mossberg 500AT is replaced by Joe's Browning Auto-5 shotgun. 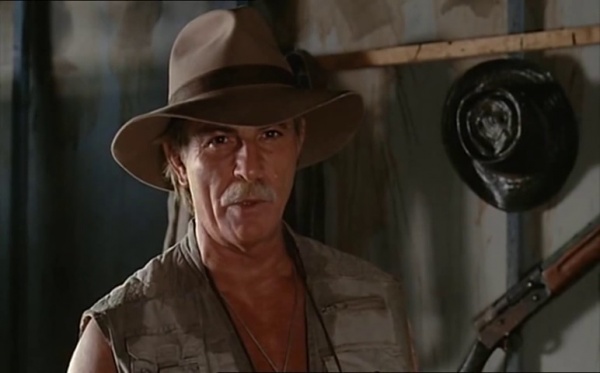 Joe's shotgun hanging on the wall. 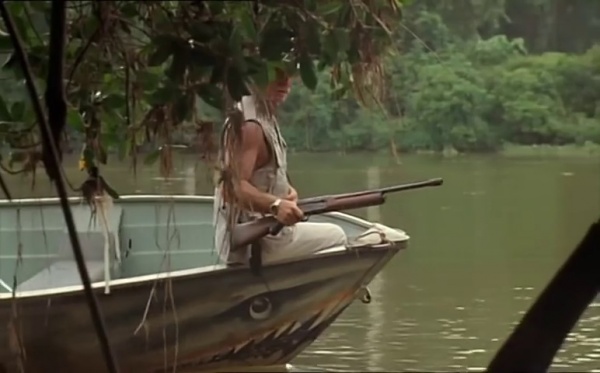 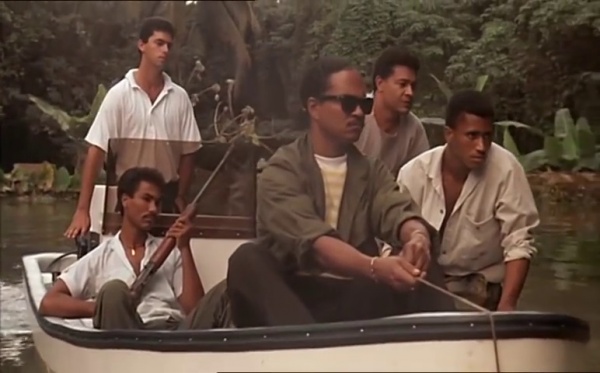 In this scene one of the thugs is armed with Joe's Browning. 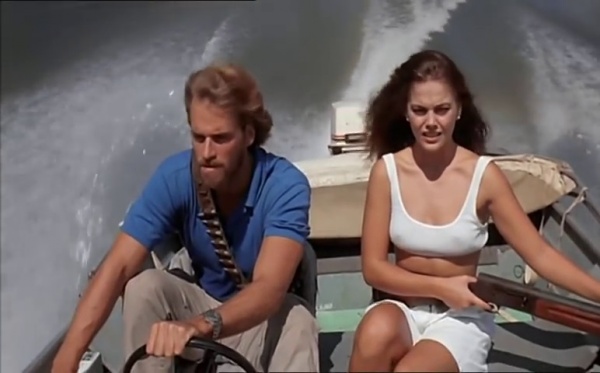 Liza (Debra Karr) with the shotgun.

A Mossberg 500A with a sawed off barrel and stock is seen in the hands of a thug in a scene but it's later replaced by a Browning Auto-5.

Mossberg 500A with sawed-off barrel and stock - 12 gauge 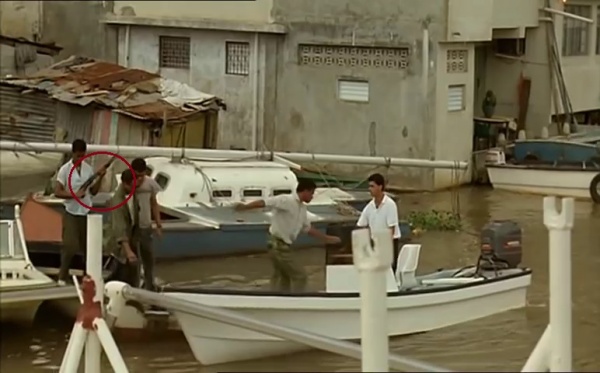 The shotgun is circled in red.

An UZI submachine gun is used by a thug to kill Russel. 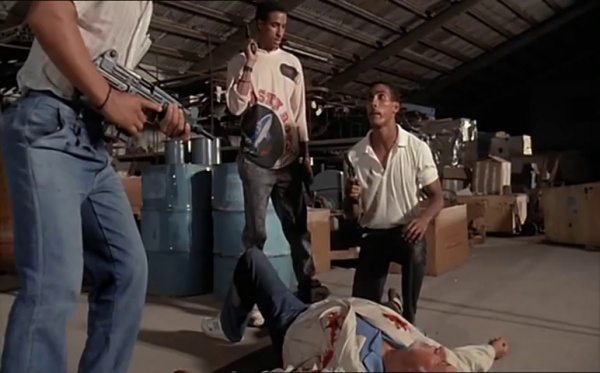 When entering a warehouse full of radioactive barrels Russel is armed with a Beretta 92F/FS. 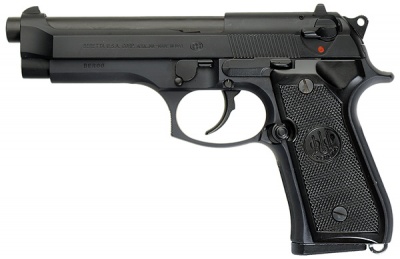 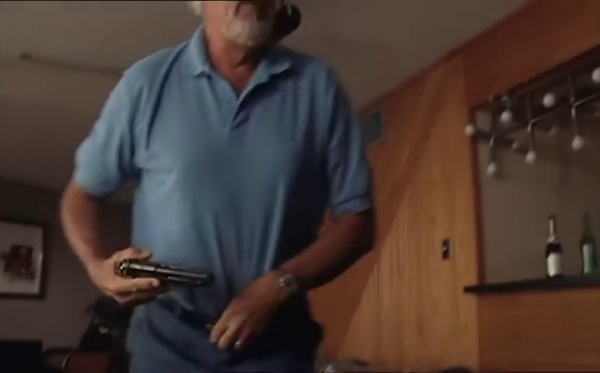 A Colt Trooper revolver was used by one of the three thugs to kill Russel. 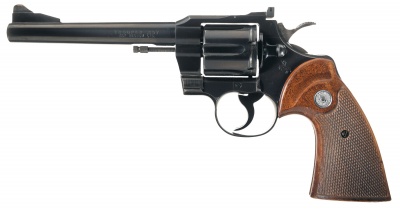 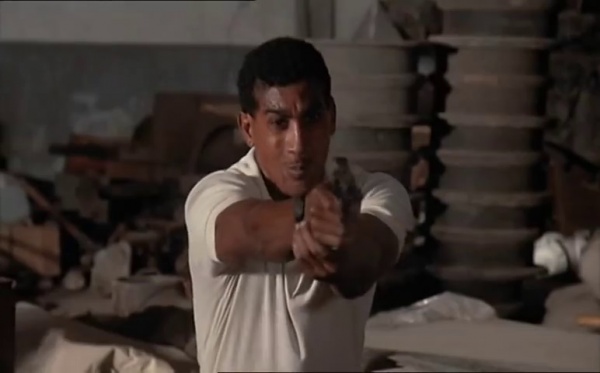 The thug aims his Colt Trooper on Russel.
Retrieved from "http://www.imfdb.org/index.php?title=Killer_Crocodile_2&oldid=875414"
Categories: