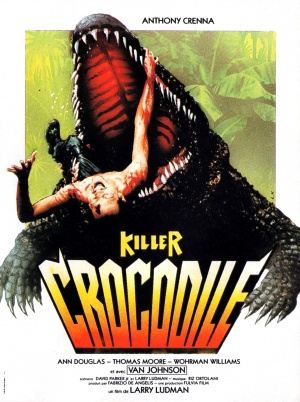 The following firearms were used in the film Killer Crocodile:

Joe's (Ennio Girolami) primary firearm is a Browning Auto-5 shotgun. He is seen using it multiple times throughout the film. Joe uses his shotgun as hunting weapon. He shoots the crocodile in the end but only to realise that it's no effect. He's also using Remington shells. 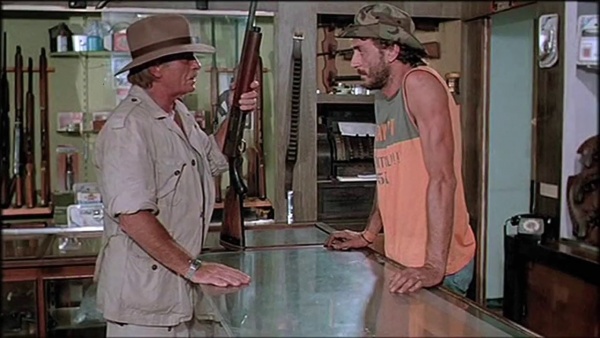 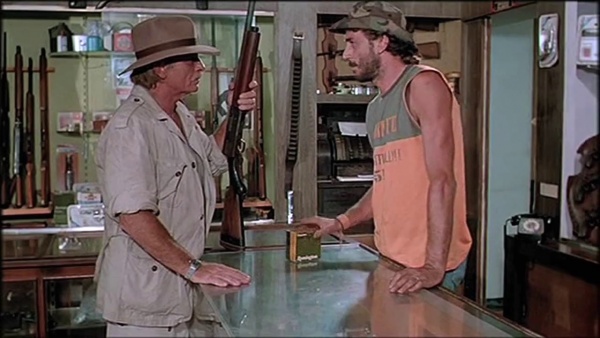 The owner of the Gun store gives Joe a green box of Remington shells and Joe tells him that he will pay him when he comes back. 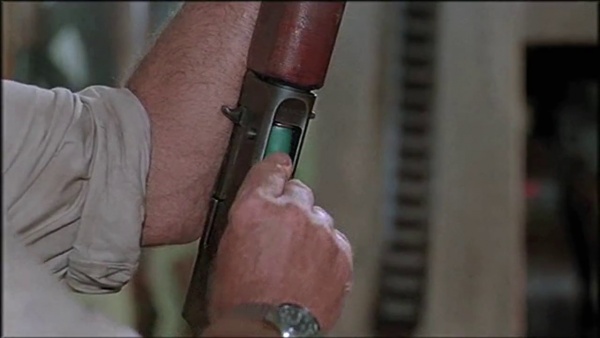 Joe loads a shell into his Browning Auto-5. 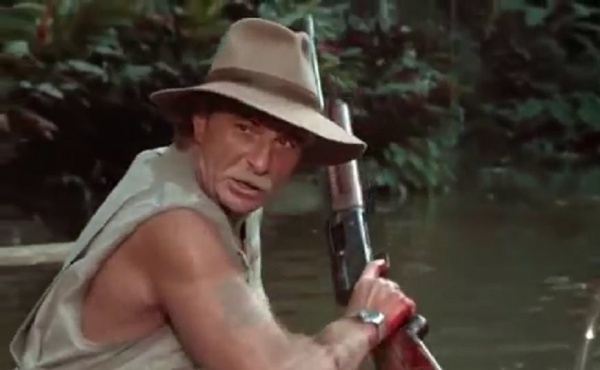 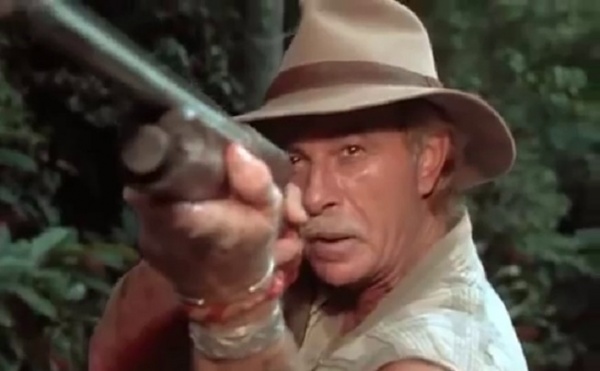 Joe takes aim on the Crocodile. 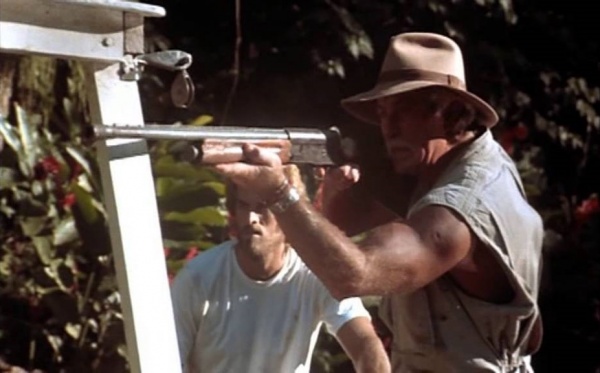 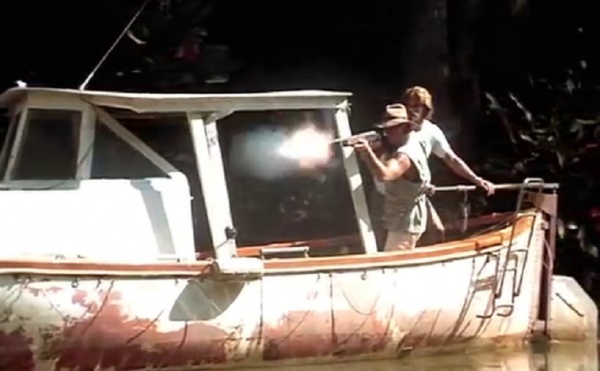