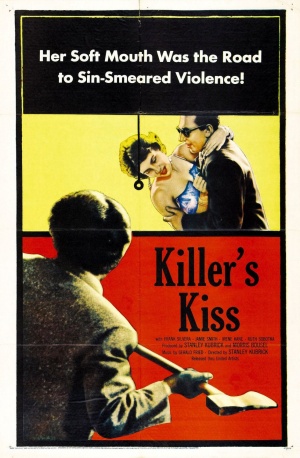 Killer's Kiss is a 1955 film noir that was the second feature directed by Stanley Kubrick. The film follows an aging boxer who gets into a relationship with a dancer and then must deal with her abusive boss.

The following weapons were used in the film Killer's Kiss:

Davey Gordon (Jamie Smith) is seen using a Luger P08 in the film. 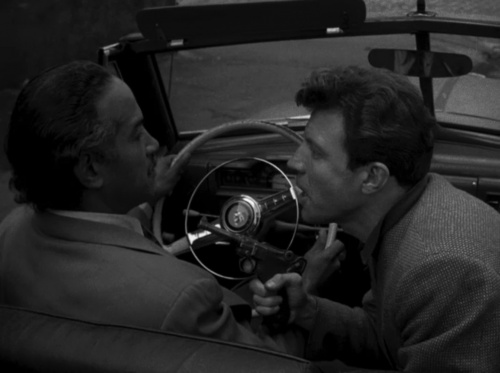 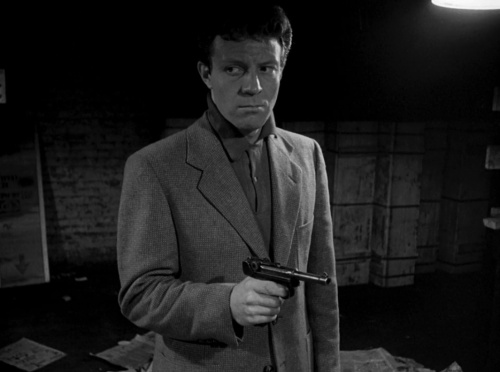 A Colt Official Police revolver is also used in the film. 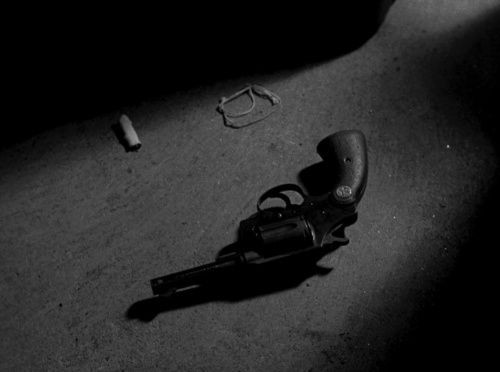 The Colt Official Police on the floor.
Retrieved from "http://www.imfdb.org/index.php?title=Killer%27s_Kiss&oldid=781711"
Categories: