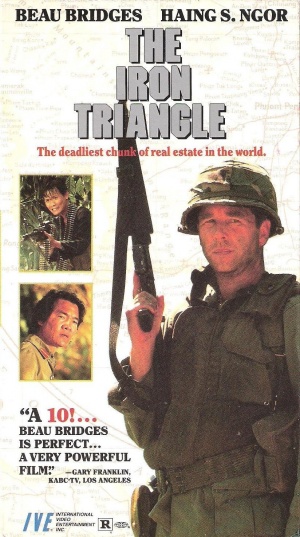 The Iron Triangle is a 1989 Vietnam War drama filmed in Sri Lanka starring Beau Bridges as an Army captain who is captured by the Viet Cong and develops a unique relationship with a young Viet Cong soldier (Liem Whatley). The film offered a perspective of the NVA and Viet Cong forces not seen in American films about the war. The film was directed by Eric Weston and the cast included François Chau, Johnny Hallyday, and Haing S. Ngor.

The following weapons were used in the film The Iron Triangle:

The M1911A1 is seen in the holsters of US soldiers and used by ARVN Captain Duc (François Chau). 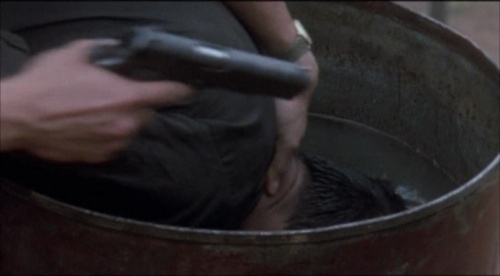 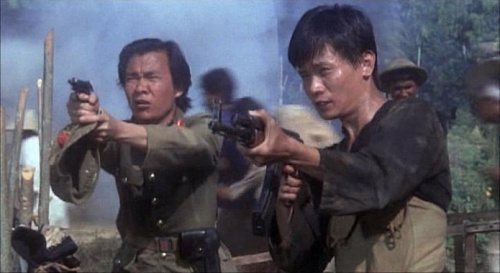 Murphy (Allan Moore), an American soldier, is seen carrying an M1928A1 Thompson submachine gun with a 30-round magazine and Cutts compensator. It is then captured by Ho (Liem Whatley). 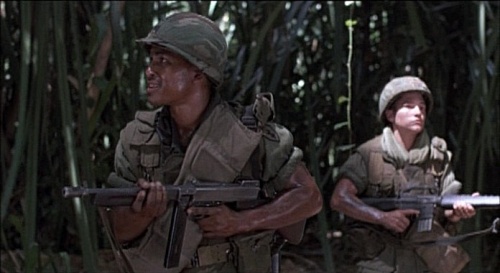 Murphy (Allan Moore) is seen carrying an M1928A1 Thompson submachine gun with a 30-round magazine and Cutts compensator.

A Sterling Mark 6 is the main weapon used by the French soldier Jacques (Johnny Hallyday). 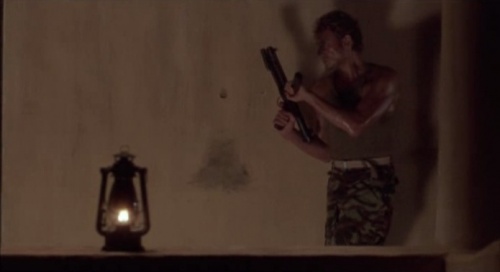 The majority of the US forces in the film are seen armed with M16A1s, notably Captain Keene (Beau Bridges). 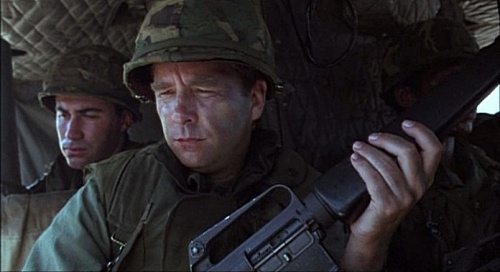 Captain Keene (Beau Bridges) holds the M16A1 while riding in a Huey. Most of the US soldiers seen in the film are wearing helmets with the inaccurate Woodland camouflage scheme. 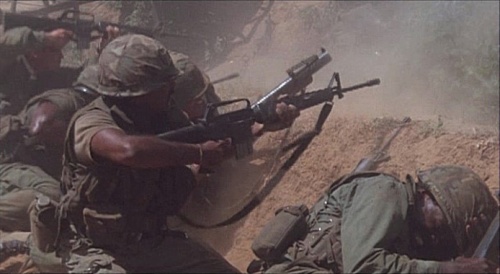 A US soldier opens fire with the M16A1 during the final battle.

The Viet Cong are seen using Type 56 Carbine during the final battle. 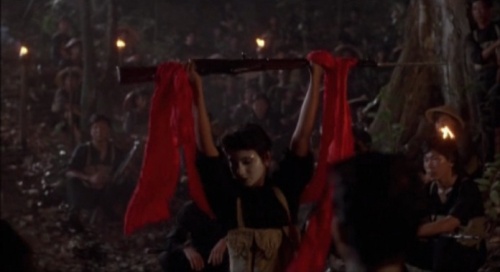 A young female Viet Cong performs with a Type 56 Carbine during a propaganda rally. 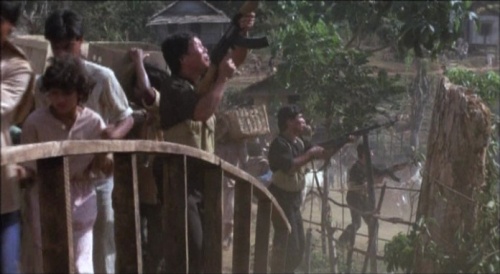 The Viet Cong in the middle opens fire with the Type 56 Carbine at an attacking US helicopter.

Norinco Type 56 rifles are the main rifles used by the Viet Cong in the film. 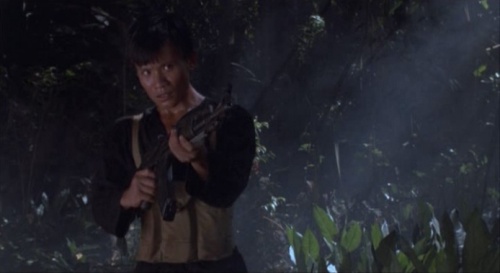 The M60 machine gun is used by American forces in the film both on the ground and mounted on Huey's. An M60 is also used by Ho (Liem Whatley). 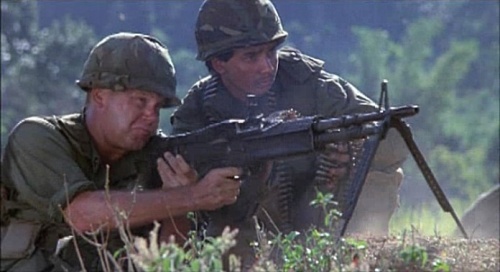 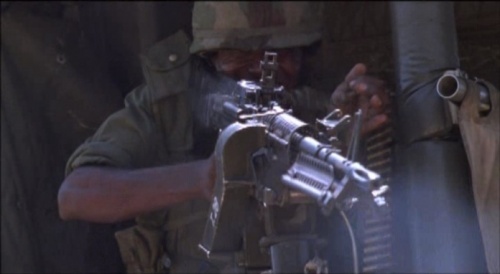 A US soldiers fire the M60 mounted on a Huey. 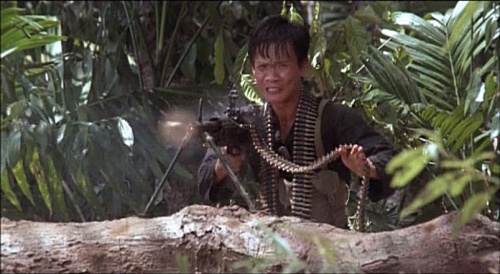 An M60 is also used by Ho (Liem Whatley) to pin down American troops.

The M67 hand grenade is seen used by American troops as well as by a Viet Cong woman in the final battle. 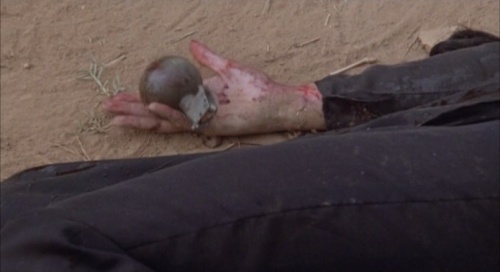 A slain female V.C. fighter lays with a live M67 grenade in her hand

The M79 grenade launcher is shown being used by American forces during the final battle.

M72 LAW rocket launchers are used by American forces in the opening and closing firefights. 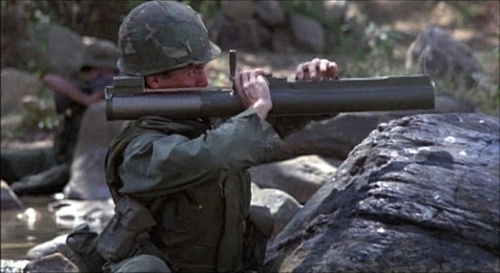