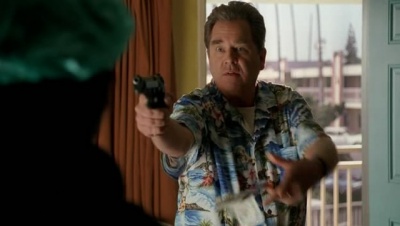 Beau Bridges holds a Beretta 92FS as Carl Hickey in My Name is Earl.

Beau Bridges is an American actor who has appeared in such films as The Iron Triangle, Max Payne (2008), and Two-Minute Warning as well as the television series Stargate SG-1. He also heralds from a family of actors, which includes his father Lloyd Bridges and his younger brother Jeff Bridges.