Immortal Sergeant is a 1943 WWII film directed by John M. Stahl on based John Brophy´s novel and set during the North African campaign of the war. Henry Fonda stars as a Canadian corporal lacking in confidence in both love and war, Maureen O'Hara as his girlfriend Valentine Lee, and Thomas Mitchell as British patrol commander Sergeant Kelly.

The following guns were used in the film Immortal Sergeant: 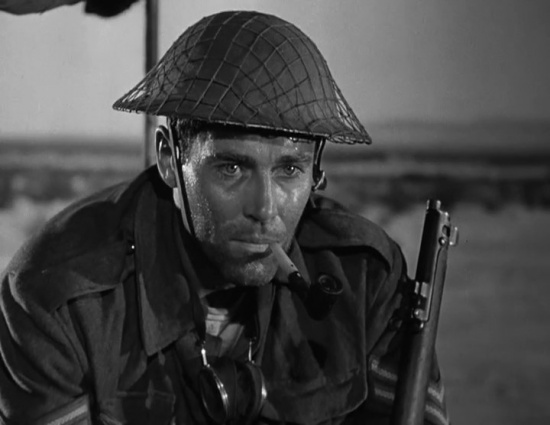 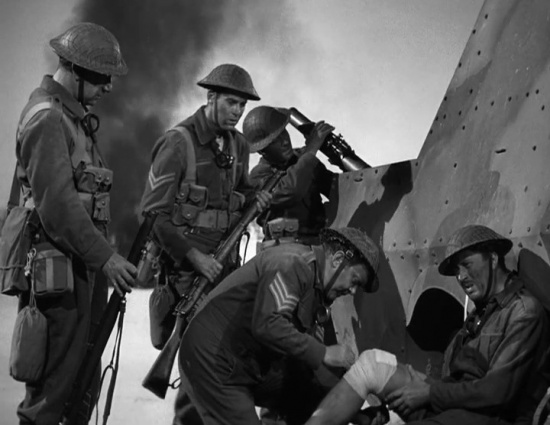 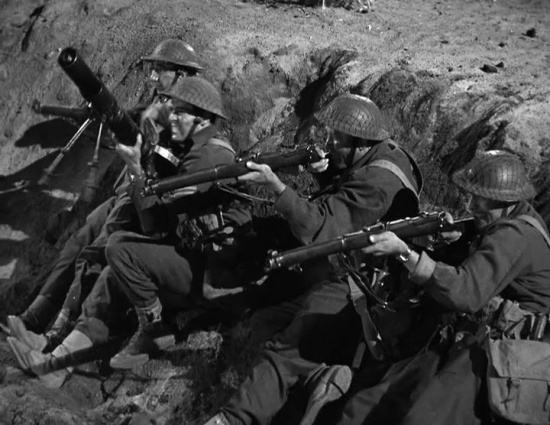 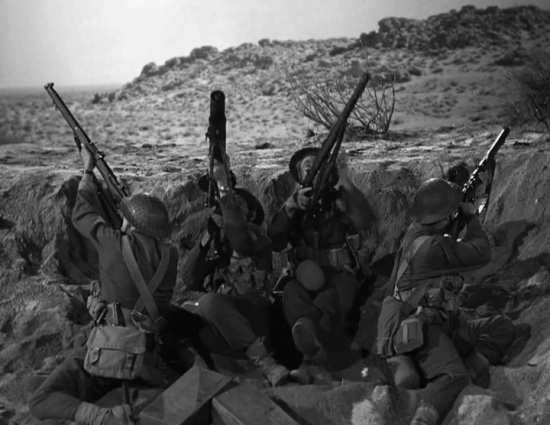 ... and in exactly the reverse order. 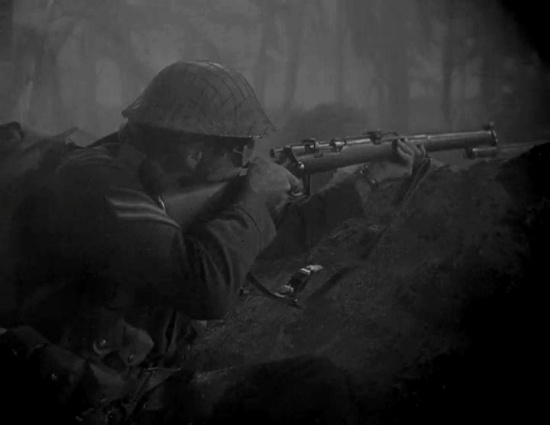 Cpl. Colin Spence shoots from his rifle in combat during a sandstorm.

British patrol is equipped also with one Lewis Gun. 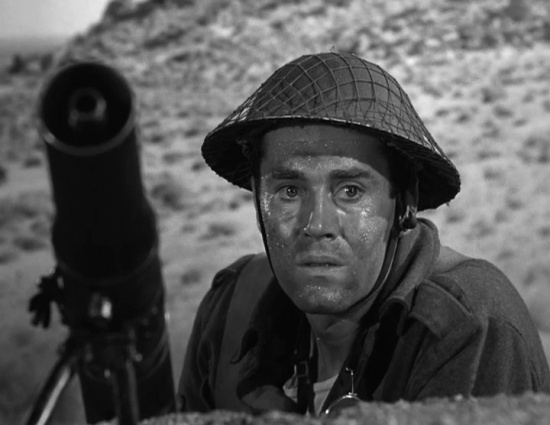 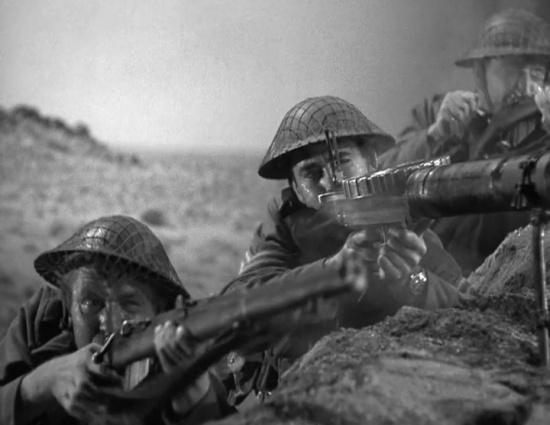 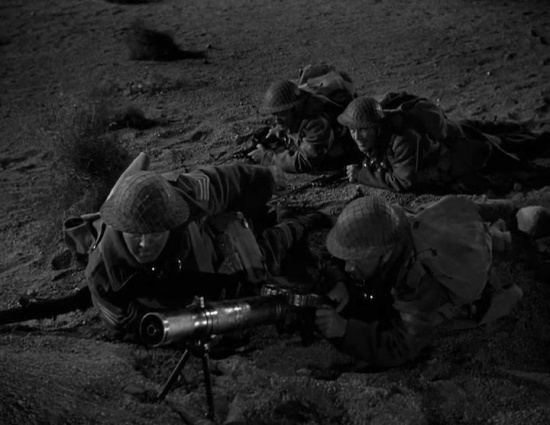 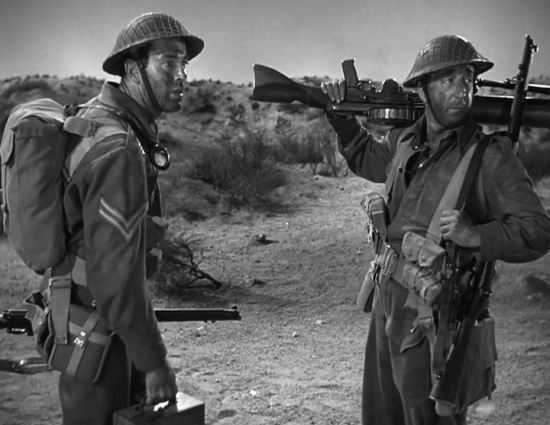 A Hotchkiss Mk.I with fake curved magazine to make it look like a Bren Mk2 is mounted on a British armored car. 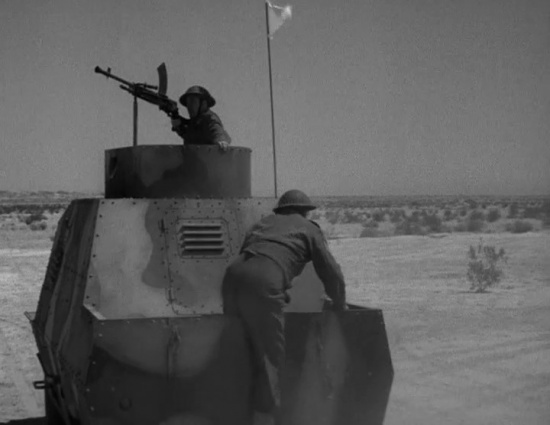 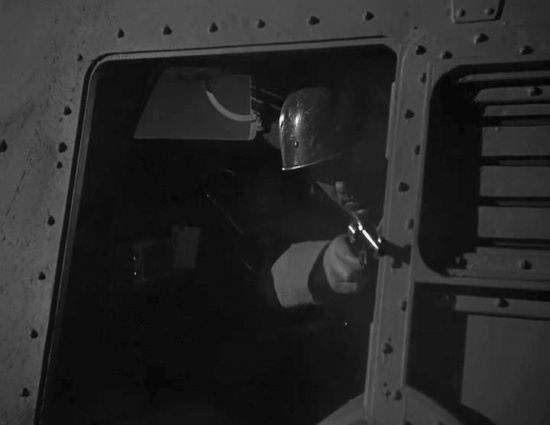 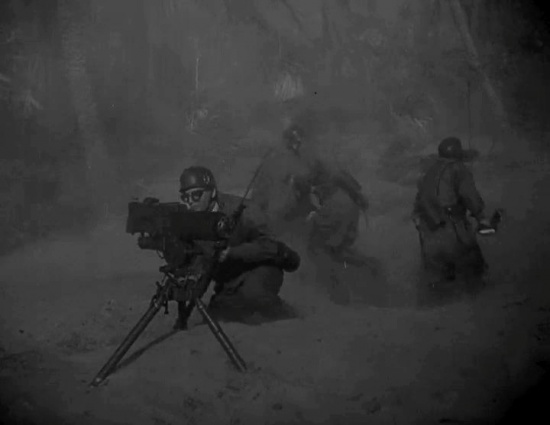 Italian and German soldiers are are armed with Mauser Gewehr 1898 rifles. 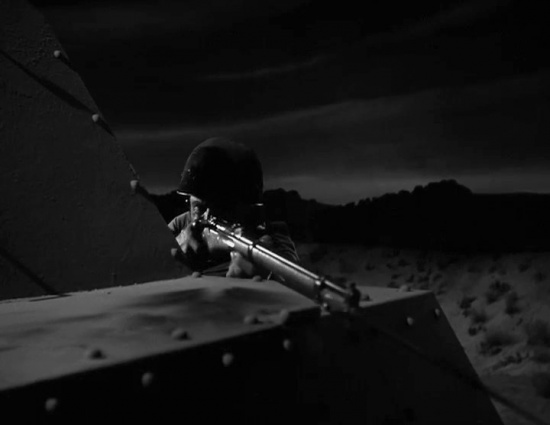 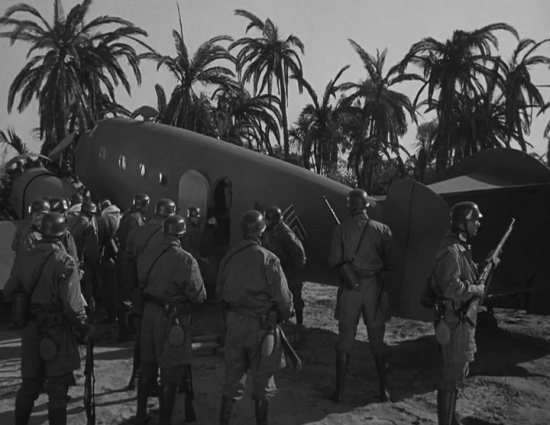 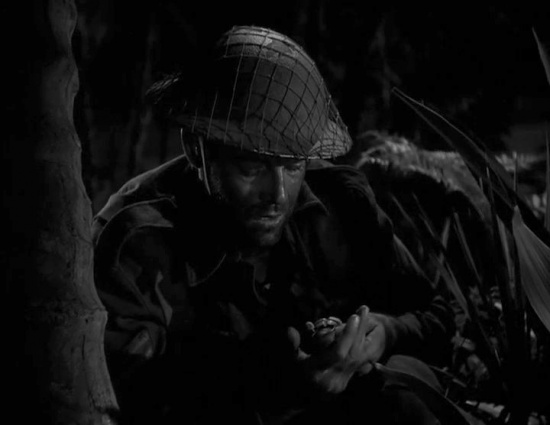 Cpl. Colin Spence (Henry Fonda) pulled the grenade out of his pocket. 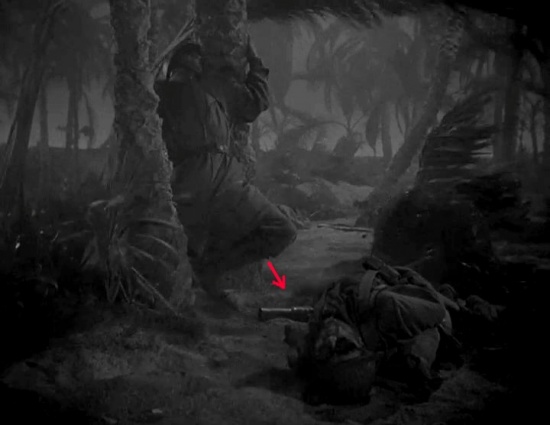