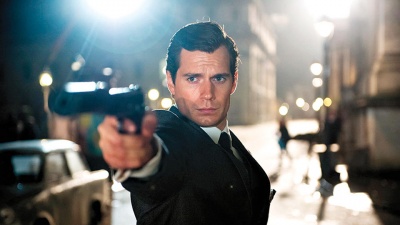 Henry Cavill holds a suppressed Browning Hi-Power as Napoleon Solo in The Man from U.N.C.L.E. (2015).

Henry Cavill is an English actor who has appeared in such films as The Man from U.N.C.L.E. (2015), The Cold Light of Day, Sand Castle, and Mission: Impossible - Fallout. He is perhaps best known for his portrayal of Superman beginning with 2013's Man of Steel.