What seems to be a Beretta Px4 Storm Compact is seen in "Initium Iter" to shoot at Marisbury Animusphere. 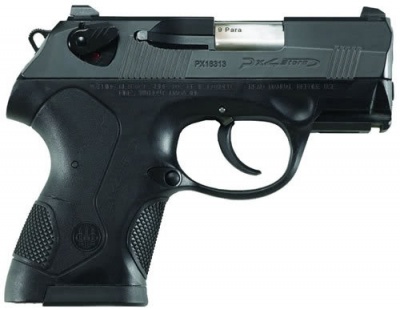 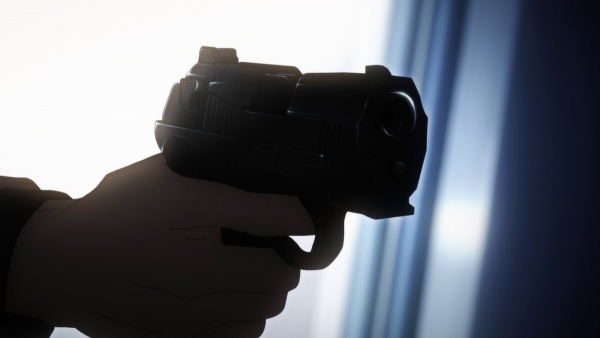 The SC aimed in "Initium Iter".

A Flintlock Pistol is seen with one downed pirate in "Gilgamesh's Travels". 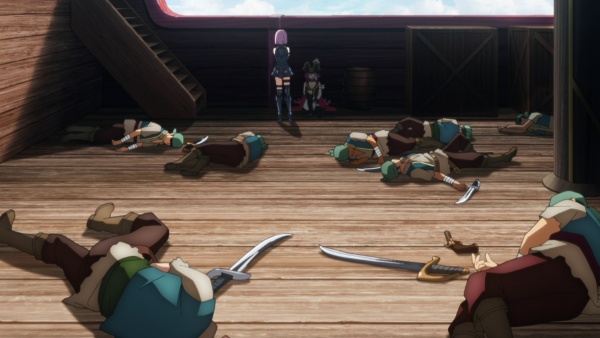 The flintlock next to a downed pirate in "Gilgamesh's Travels".

The SIG-Sauer P230 is seen with Marisbury Animusphere in "Initium Iter". 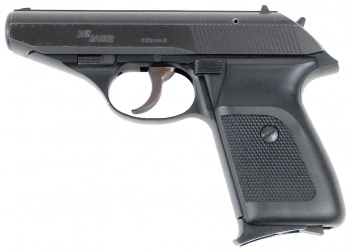 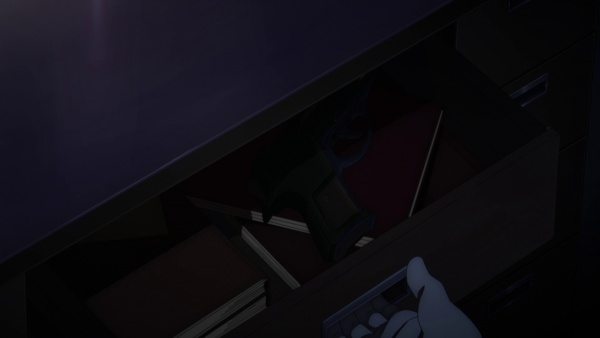 The drawer being opened in "Initium Iter". 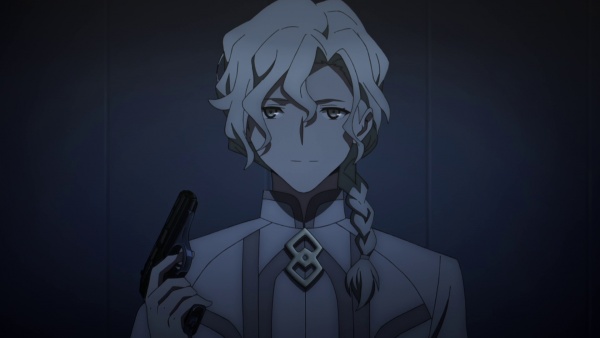 An Allen & Thurber Pepperbox is seen in "Absolute Demonic Front Babylonia", holstered in the waistband of Berserker (Florence Nightingale). 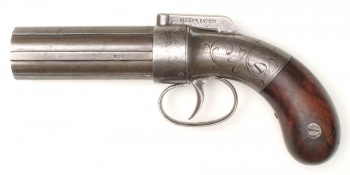 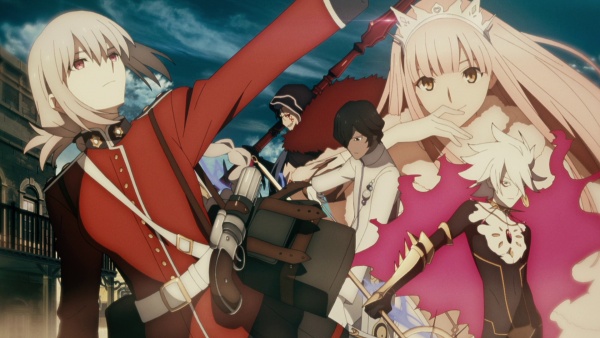 A Single Action Army is seen with the Archer servant Billy the Kid, first seen in "Initium Iter". 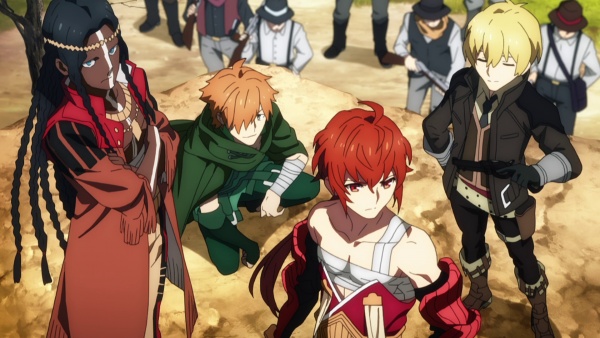 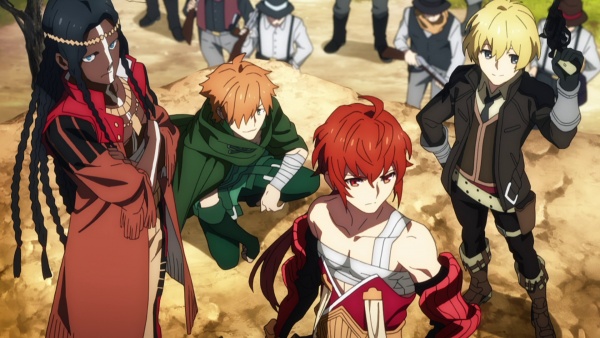 A nice shot of the SAA held by Billy. 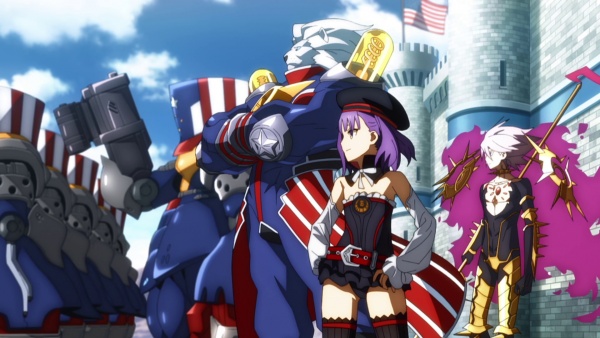 The Mechanized Infantry bots standing in front of the Caster servant Thomas Edison near the end of "Initium Iter".

The Melammu Dingir, one of Gilgamesh's many weapons, is used by Leonidas as an artillery-type weapon against intruding wild beasts in "Direct Operation" and in "Mother of Demonic Beasts". They're used in "Absolute Demonic Front Mesopotamia: Part 1" by Gilgamesh to be manned by himself when Uruk is under siege. 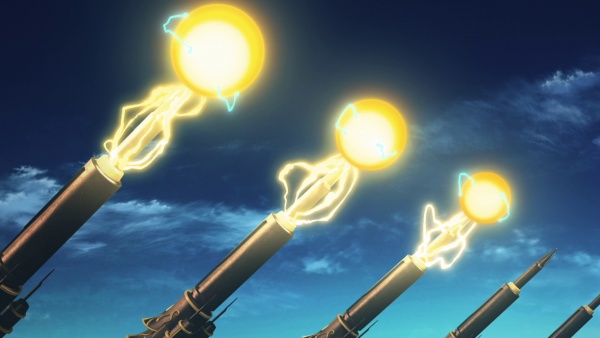 The Dingirs being charged prior to a bombardment attack in "Direct Operation". 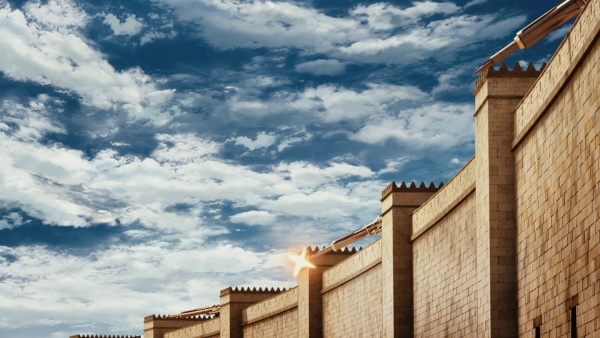 A Dingir artillery barrage in "Mother of Demonic Beasts". 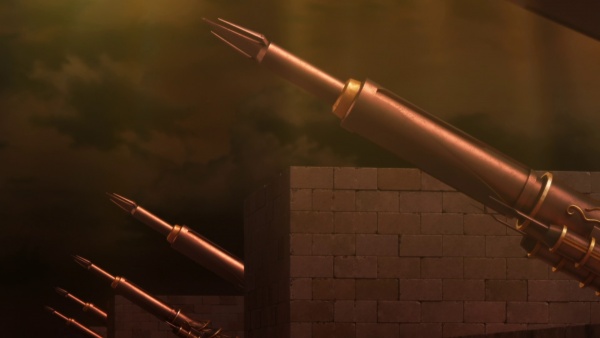