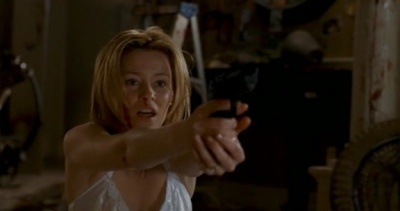 Elizabeth Banks is an American actress/director who has appeared in such films as Slither and Catch Me If You Can as well as the Pitch Perfect and The Hunger Games film series. She also has directed several feature films, including Pitch Perfect 2 and the 2019 feature film "reboot" of Charlie's Angels.

See the Discussion for the films in the IMFDB directed by Elizabeth Banks.