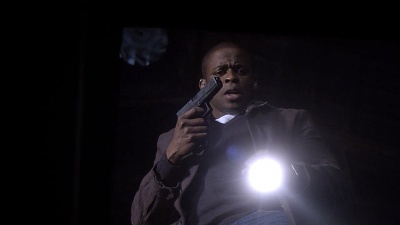 Dulé Hill as Gus uses a Glock 17 in Psych.

Dulé Hill is an American actor best known for his roles as Charlie Young in the series The West Wing and as Burton "Gus" Guster in the series Psych. He has also appeared in such films as Men of Honor and Holes in addition to regular roles in the series Suits and Ballers.