Denis Leary with a SIG-Sauer P226 DAK as Capt. George Stacy in The Amazing Spider-Man. 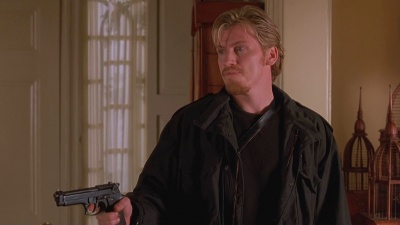 Denis Leary holds a Beretta 92FS as Gus in The Ref.

Denis Leary is an American actor/comedian well known for his insult-style wit. He also is well known for co-created and starring in the FX firefighter series Rescue Me. In addition, he has appeared in such films as Demolition Man, Judgment Night, and The Amazing Spider-Man.