Clark Gregg as Captain Tom Metsker holds an XM16-E1 rifle as he calls in artillery in We Were Soldiers (2002). 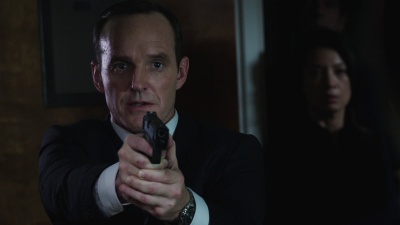 Clark Gregg is an American actor well known for his role as Agent Phil Coulson in the Marvel Cinematic Universe, beginning with 2008's Iron Man, continuing in the series Marvel's Agents of S.H.I.E.L.D., as well as up to 2019's Captain Marvel. He also has appeared in such films as We Were Soldiers, One Hour Photo, and Live by Night.