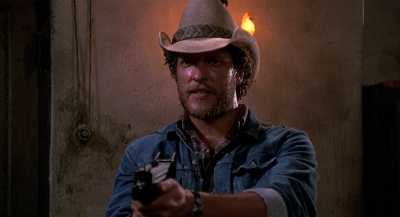 Clancy Brown as MSgt. Larry McRose with a MAC-10 in Extreme Prejudice. 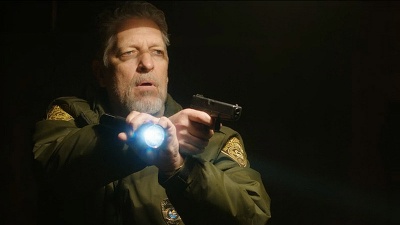 Clancy Brown as Sheriff August Corbin with a Glock 17 in Sleepy Hollow.

Clancy Brown is an American actor whose notable roles include the Kurgan in Highlander and Capt. Byron Hadley in The Shawshank Redemption. He is also an accomplished vocal actor, voicing the characters of Mr. Krabs on Spongebob Squarepants, Lex Luthor in the DC Animated Universe, Detective Hank Anderson in Detroit: Become Human, and the fire demon Surtur in Thor: Ragnarok, a role he reprised in the Disney+ series What If...?.