Circus of Fear (German title Das Ratsel des silbernen Dreieck ("The mystery of the silver triangle"); also released as Psycho-Circus) is a 1966 British-German detective movie directed by John Llewellyn Moxey (the English version) and Werner Jacobs (the German version) and starring Christopher Lee, Suzy Kendall, Leo Genn and Klaus Kinski. The plot is based on the 1928 novel "Again the Three Just Men" by Edgar Wallace. An armoured car is robbed in London. One of the robbers who tries to escape with the money is killed by an unknown knife-thrower. The trail leads the police to the travelling circus. One of the suspects is tamer Gregor (Christopher Lee) who always wears a black mask as his face has been disfigured due to attack of a lion.

The British version was released in color while the German one - in B&W.

The following weapons were used in the film Circus of Fear: 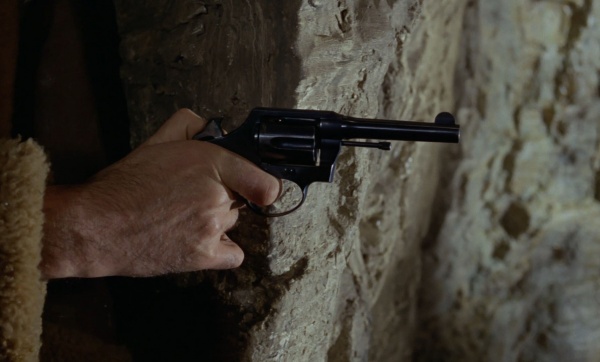 A close-up of Gregor's Colt. 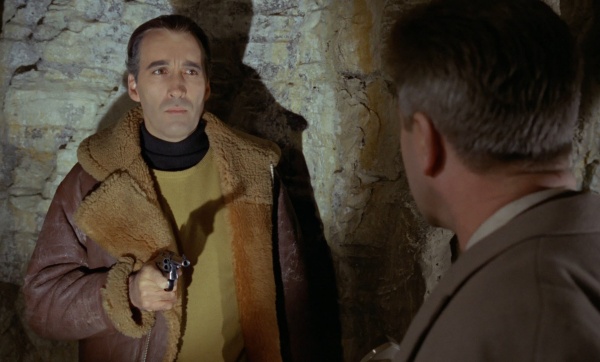 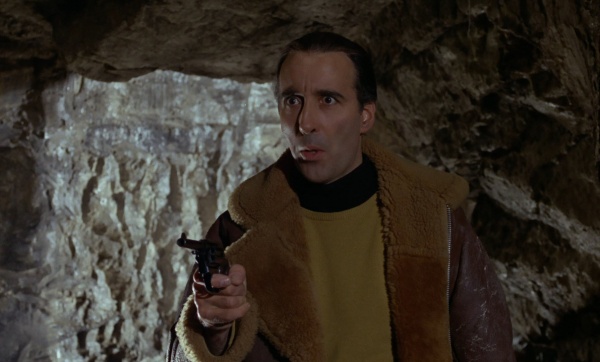 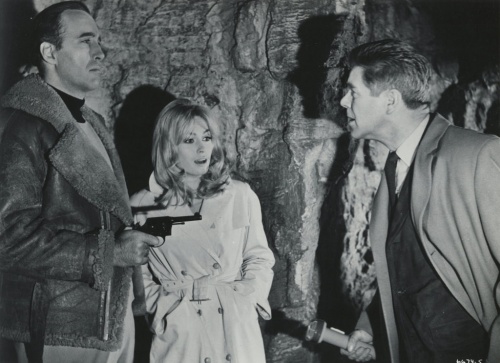 Same scene on the promotional image.

A suppressed M1911A1 pistol is used by a robber (George Fisher) in the opening scene. 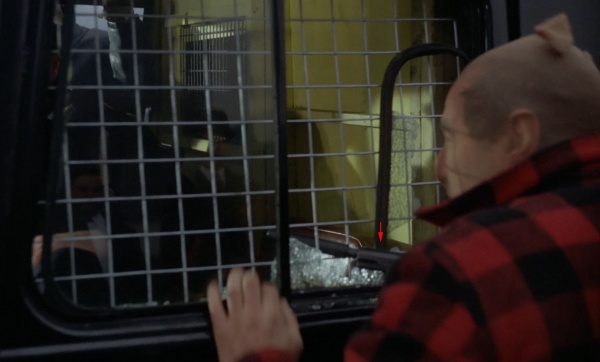 The robber aims the pistol at guards in the van. The "suppressor" is obviously fake. 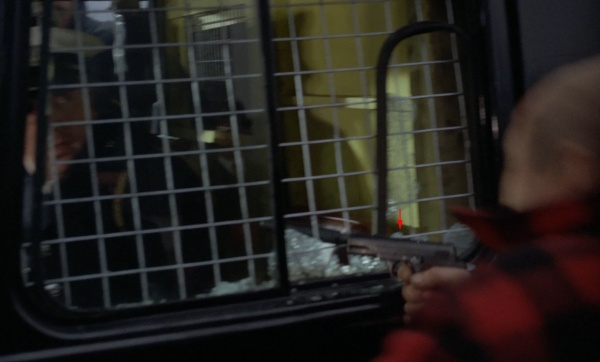 Due to a continuity error, the robber's M1911A1 switches to a different pistol that is some compact M1911-style gun. 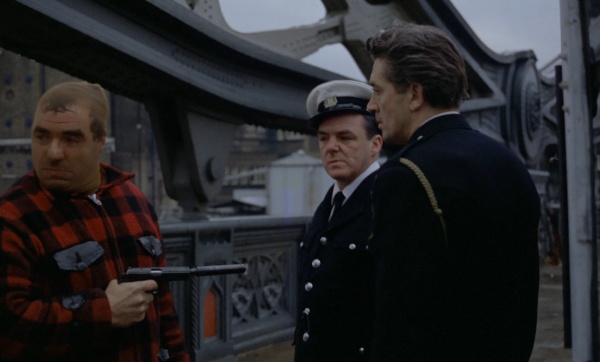 The robber holds the guards at gunpoint. The shape of this gun differs from previously seen 1911, and the barrel is shorter. 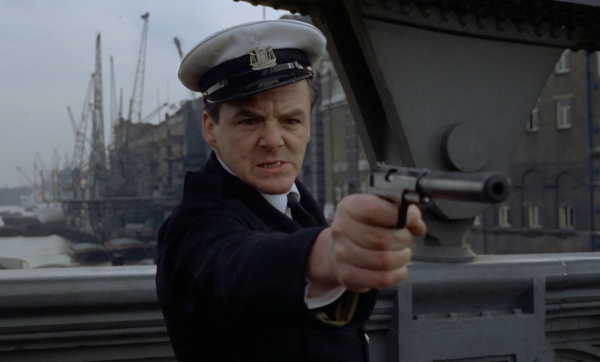 Mason (Victor Maddern), a guard who turns out to be the accomplice of the robbers, grabs the pistol and aims it at his partner. 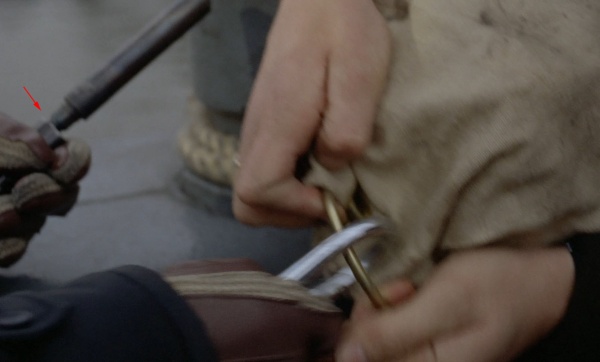 Jackson (Tom Bowman), the leader of the gang, takes the pistol from Mason. It can be seen that the suppressor is screwed inside the barrel, as it is common with screen fake suppressors. 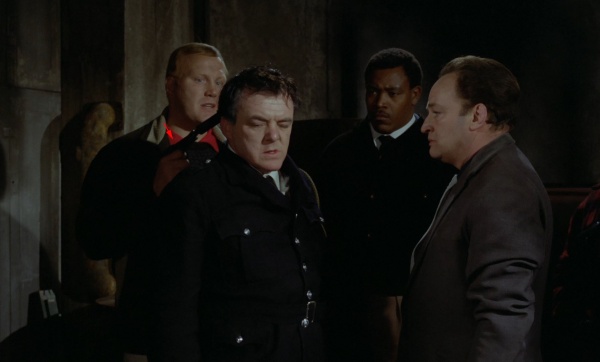 In the scene in the gang's hideout same pistol is in hands of a red-haired robber (Nosher Powell). 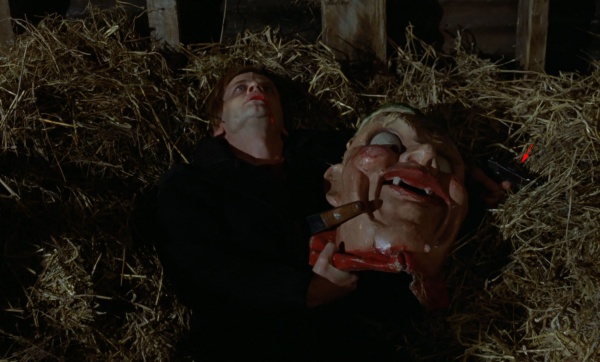 The Beretta is seen in Manfred's dead hand. 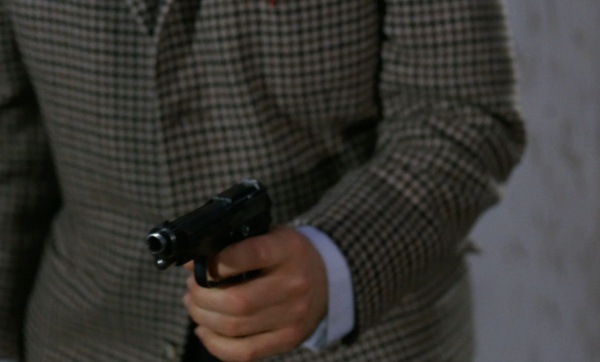 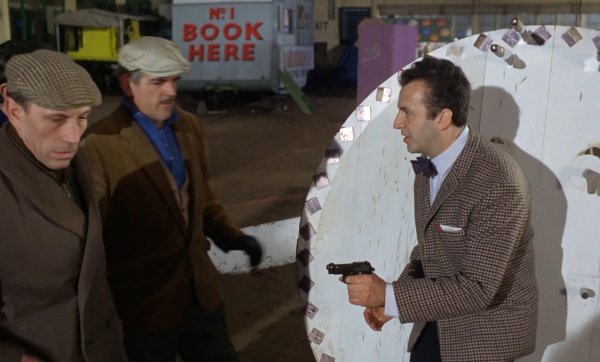 He aims the gun.

During the robbery, Jackson (Tom Bowman) uses a Mk 2 hand grenade that is depicted as a gas grenade with stunning gas. 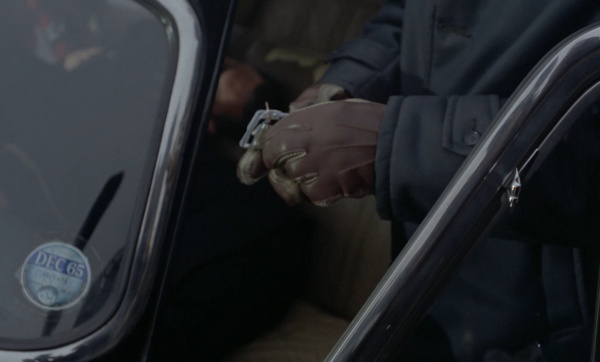 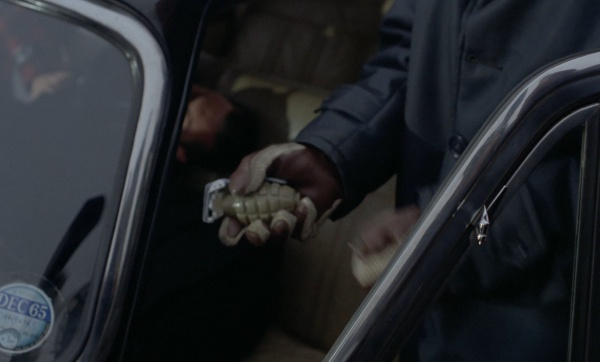 Jackson readies the grenade and throws it in the guards' car. 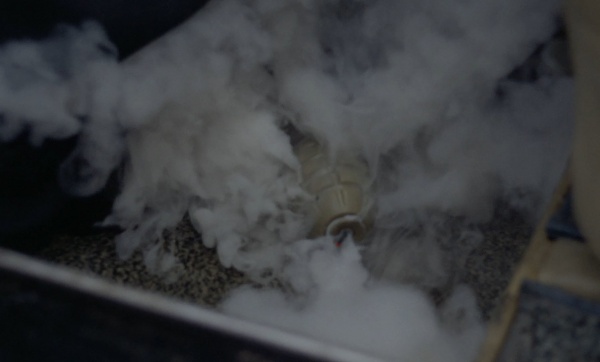