Inn on the River (Das Gasthaus an der Themse), The

The Inn on the River (Das Gasthaus an der Themse ("The Inn on the Thames")) is a 1962 German detective movie directed by Alfred Vohrer and adapted from the 1929 novel The India-Rubber Men by Edgar Wallace. A criminal known as "Shark" uses a diving suit and a speargun for his crimes. Inspector Wade (Joachim Fuchsberger) hunts for "Shark" who hides somewhere on the Thames river.

The film is the eleventh installment in the Rialto Film studio film series (1959-1972) adapted from the novels of Edgar Wallace.

The following weapons were used in the film The Inn on the River (Das Gasthaus an der Themse):

Captain Josh Brown (Heinz Engelmann) holds an NHM Model 9 revolver in the scene on his vessel until Inspector Wade (Joachim Fuchsberger) disarms him. 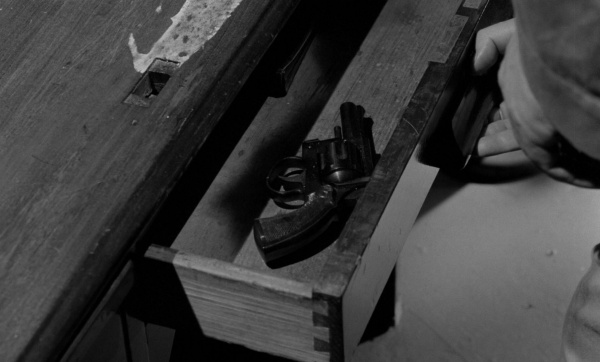 The revolver in the drawer of Capt. Brown's table. 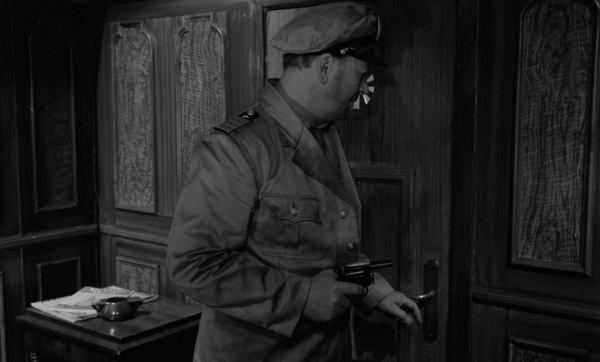 Brown spots someone behind the door. 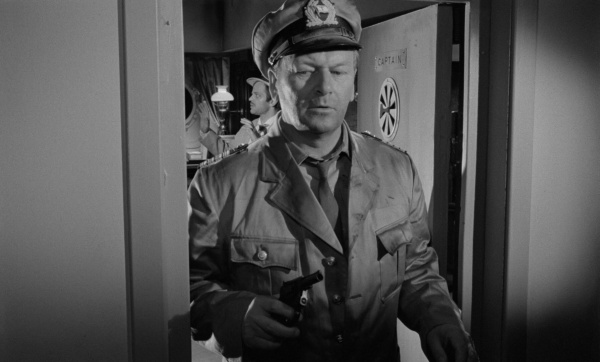 Another view of Brown's revolver. 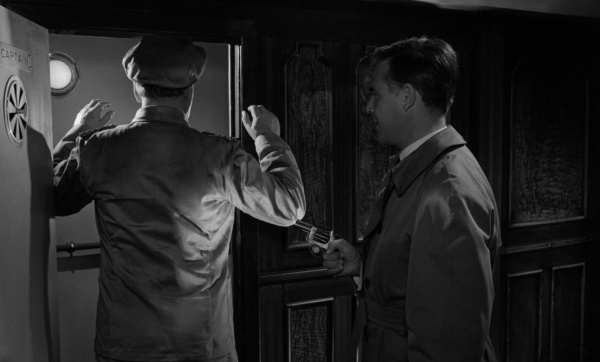 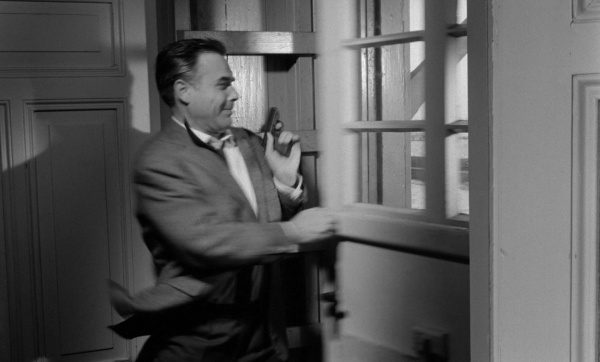 Wade holds his pistol after the encounter with "Shark". 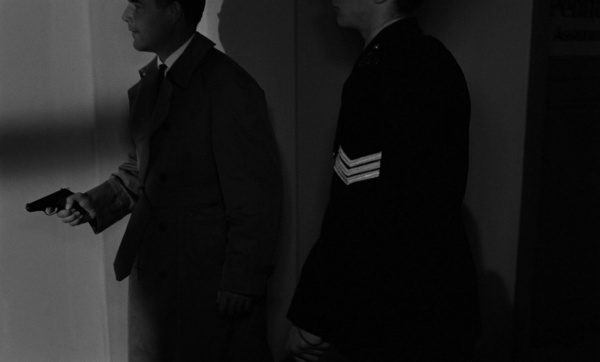 Wade holds his pistol in the scene in the office of a law firm. 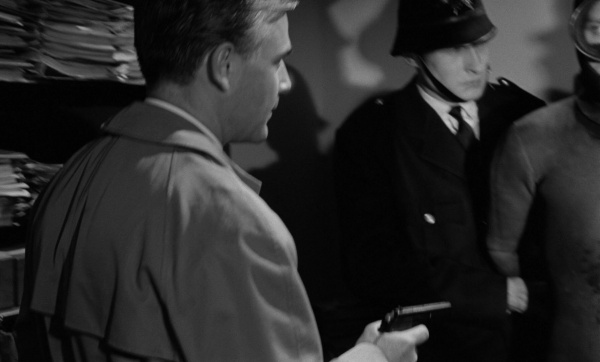 In the climactic scene Inspector Wade is armed with a Mauser HSc instead of previously seen Walther PPK. 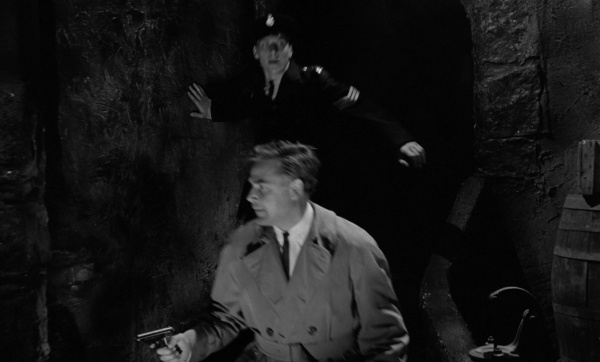 Wade pursues "Shark" in the basement of the inn. 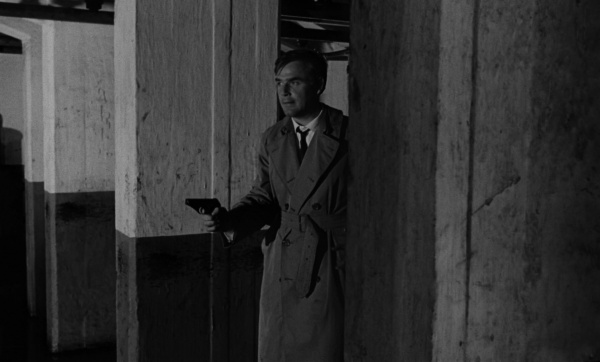 The pursue continues in the tunnel below the river. 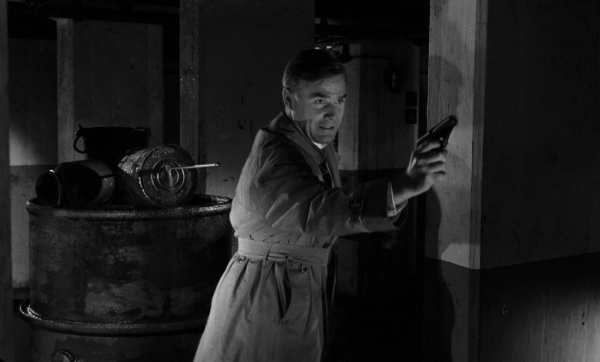 Wade fires at the escaping "Shark".

Brown's henchman (uncredited) uses a Mauser 98 Sporter with sniper scope in an attempt on Inspector Wade. 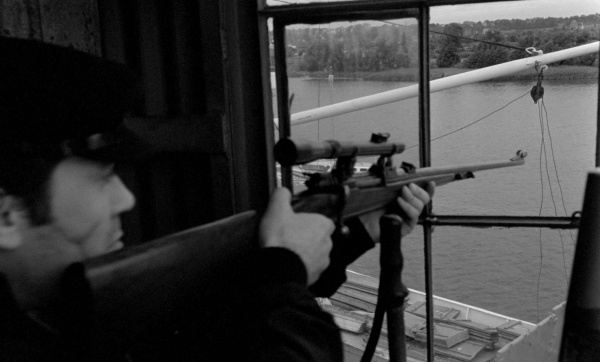 The shooter aims at Wade who is on board of the police boat in the harbour. 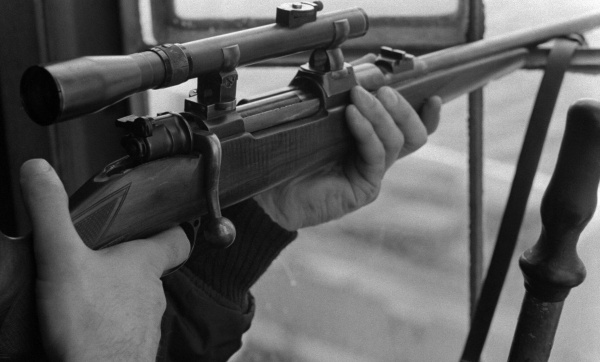 A close-up of the rifle.

"Shark" uses an Alcedo Hydra II speargun throughout the movie. This Italian model is one of the first hydropneumatic spearguns. The gun is shown as very powerful, long range weapon, equally deadly on land and under water. 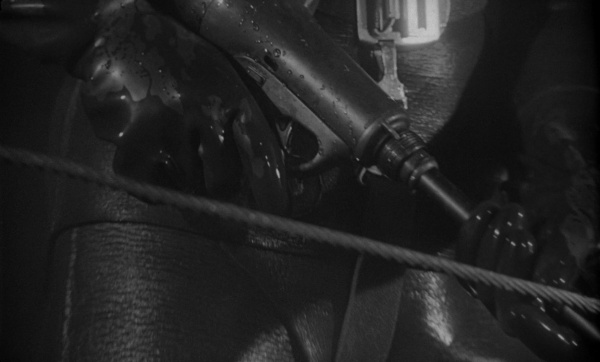 "Shark" kills a police informer in the opening scene. 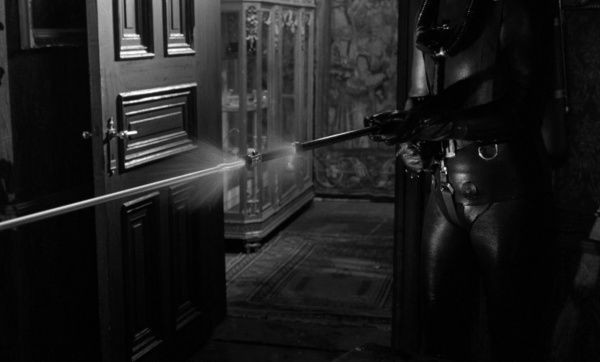 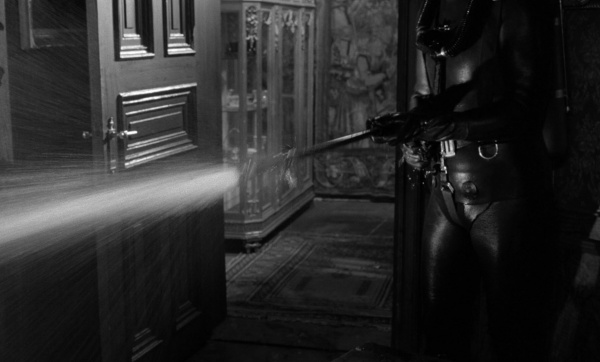 "Shark" kills a security guard in the jeweller store. The water splashes from the barrel indicate that the gun is hydropneumatic. 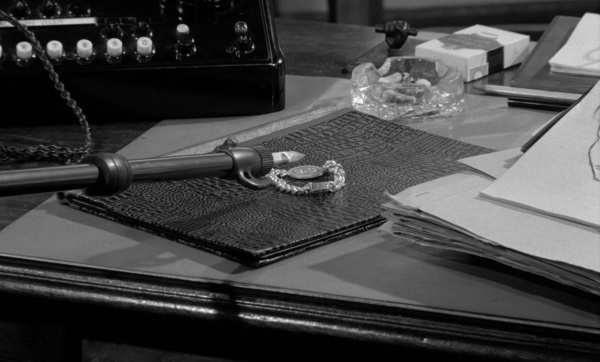 The barrel with loaded spear. 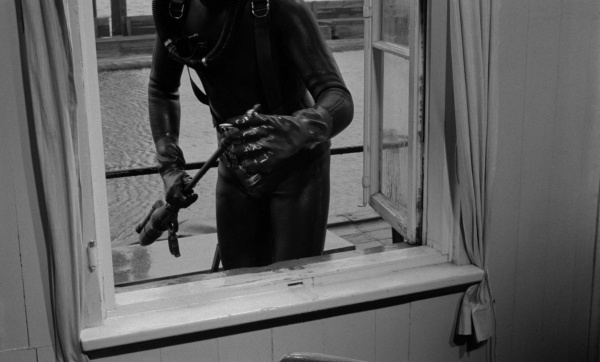 The general view of the speargun in hands of "Shark". 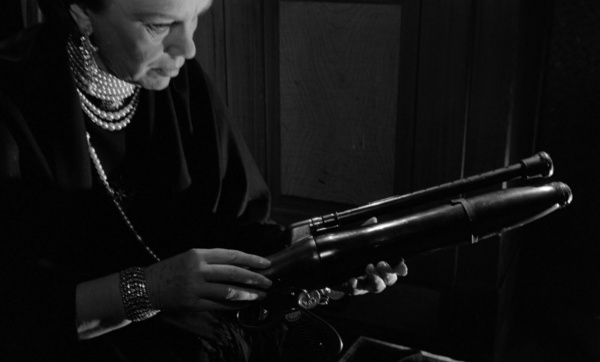 Nelly Oaks finds the speargun in the suitcase. 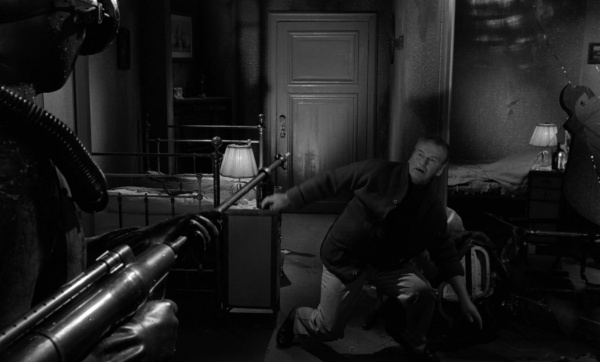 "Shark" with the speargun.