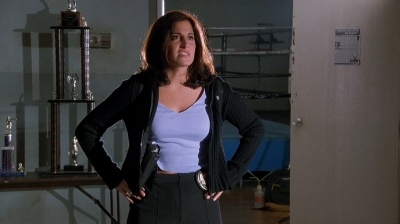 Christine Tucci is an American actress who has appeared in such films as K-911 and such television series as The Closer, CSI: Crime Scene Investigation and NYPD Blue. She also is the younger sister of actor Stanley Tucci.