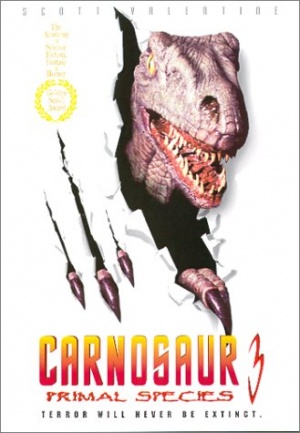 Carnosaur 3: Primal Species is the 1996 Roger Corman-produced sequel to Carnosaur and Carnosaur 2.

The following weapons were used in the film Carnosaur 3: Primal Species:

All of the U.S. military personnel in the movie, along with Dr. Hodges (Janet Gunn), use the Glock 17. 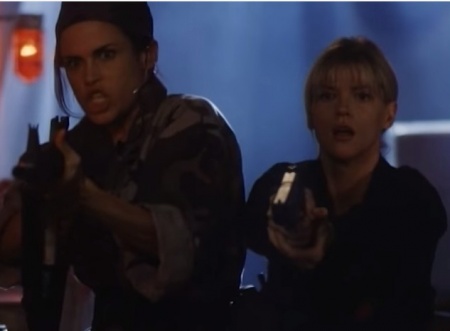 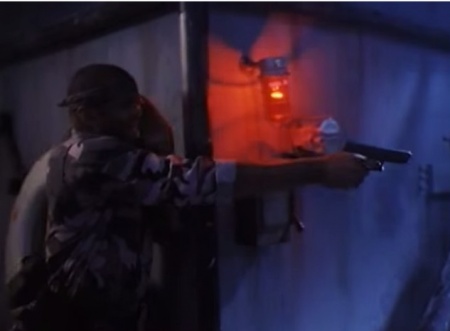 "Should've kept my ass at home!"

The terrorist leader Dolan (Cyril O'Reilly) carries what appears to be a Makarov PM as his sidearm. He is seen firing it at the beginning of the movie. 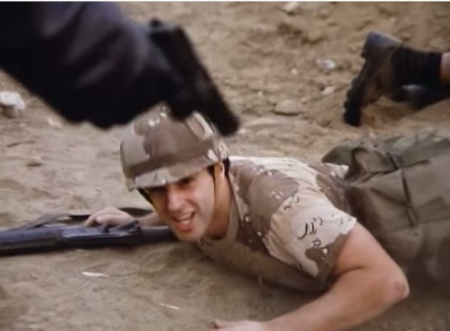 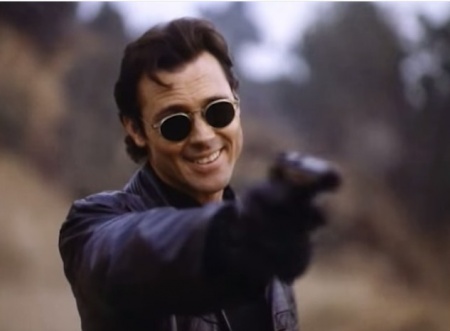 The terrorist leader Dolan (Cyril O'Reilly) armed with the pistol.

Polcheck (Rick Dean) carries a Franchi SPAS-12 throughout most of the movie. A soldier at the beginning of the movie is also seen handing a SPAS-12 to a comrade. 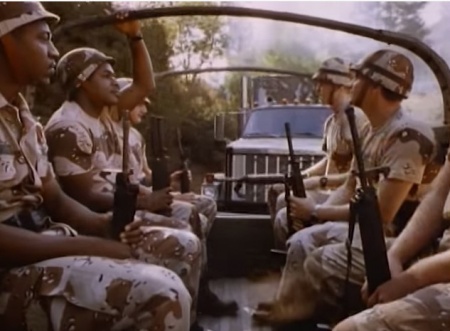 A SPAS-12 can be slightly seen on the left. 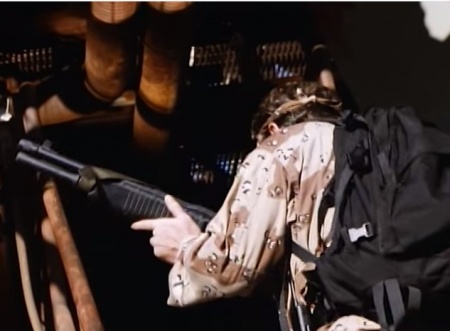 The SPAS-12 carried by Polcheck. 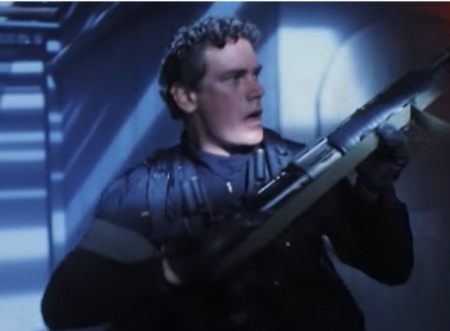 Multiple Norinco Type 56 AK rifles were seen being used by the terrorists at the beginning of the film to kill the American soldiers transporting the Carnosaurs. All of the Type 56s in the movie appear to be semi-automatic civilian versions (as evidenced by the bolts moving in a semi-automatic tempo); however, the sound editor dubbed in the sound of automatic gunfire on the soundtrack whenever the weapons are fired. 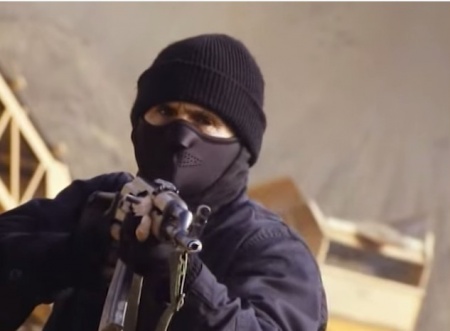 A Terrorist armed with an Norinco Type 56. Note the blank-firing adapter screwed into the end of the barrel. 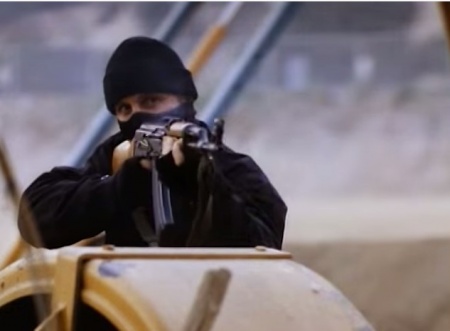 At least one of the terrorists in the movie used an Norinco MAK-90 rifle, the "post-ban" semi-automatic civilian version of the Chinese Norinco Type 56. It is recognizable by the thumbhole stock. 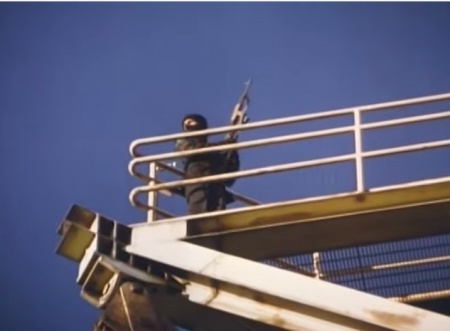 Most of the U.S. Army personnel, including the Special Forces unit led by Colonel Rance Higgins (Scott Valentine) use AR-15 A2 assault rifles. Rance's team has tactical flashlights fitted to the barrels of their AR-15s. Due to sound F/X editing, the AR-15s are made to sound like fully automatic M16A2s, the U.S. service rifle, but the prop weapons used in the film are all semi-automatic civilian versions (whenever they're fired, the bolts only move in a semi-auto tempo). 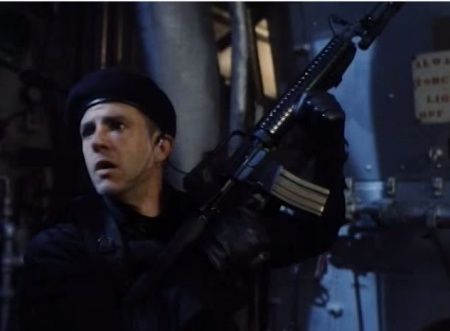 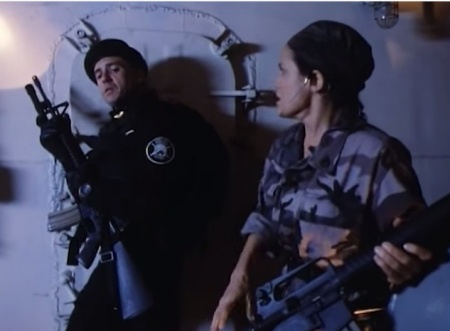 Higgins and Proudfoot (Justina Vail) armed with the rifle.

In all scenes where the AR-15s are not being fired, they are replaced by MGC M16 replica assault rifles fitted with M16A2 hand guards (some have the M16A1 flash hiders, while others still have the three-prong flash hider that came standard on the MGC rifles).

M16 (apparently an MGC replica) on the right.

A terrorist at the beginning of the film was seen armed with an M72 LAW rocket launcher, which was used to stop the convoy carrying the Carnosaurs. 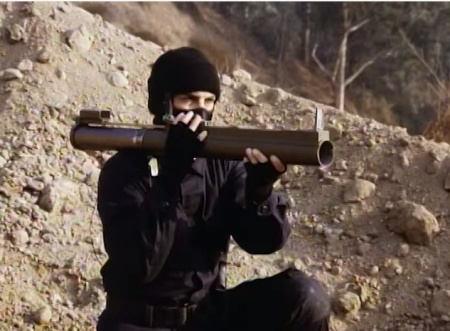