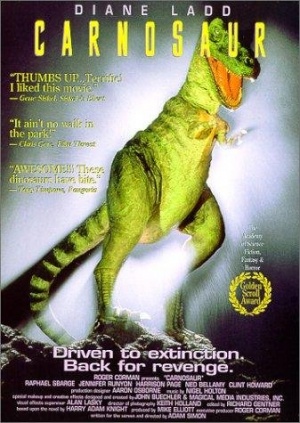 Carnosaur is a 1993 science fiction horror film produced by Roger Corman that centers around a small town that finds itself under siege from genetically created dinosaurs. The film was produced at an extremely fast rate and low budget in order to capitalize on then upcoming blockbuster Jurassic Park and even sought to cast Diane Ladd, who is the mother of Jurassic Park co-star Laura Dern. The film was successful enough to produce several DTV sequels including Carnosaur 2 and Carnosaur 3: Primal Species.

The following weapons were used in the film Carnosaur:

During a scene in which two security officers from the poultry plant are chasing the Deinonychus in a van, one of them fires at it with a SIG-Sauer P226, just before the animal charges the van.

When entering Dr. Jane Tiptree's lab, Doc is armed with a Glock 17 pistol fitted with a laser sight, which appears to have been taken from one of the dead security guards in the van whom he finds before visiting the lab. He later uses it to shoot out the laser fences in the Tyrannosaurus Rex holding pen. Judging by the custom under-barrel laser design, this is one of the same Glock 17s originally built for RoboCop 3. 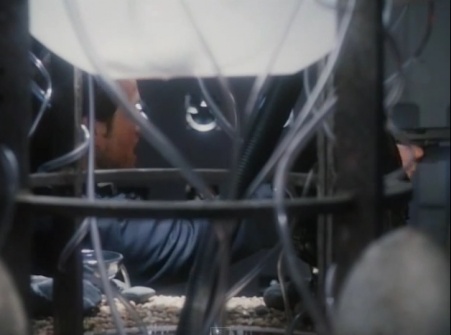 Doc with his pistol. 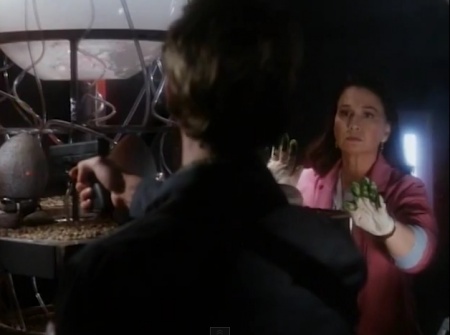 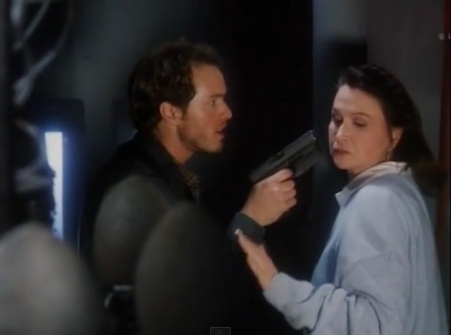 The rifle used by several characters in the film appears to be the "Ranch Rifle" model of the Ruger Mini-14 loaded with a 5 round magazine. Doc (Raphael Sbarge) is seen using it to scare away the Deinonychus in the Massacre scene. It's later seen used by Thrush (Jennifer Runyon). 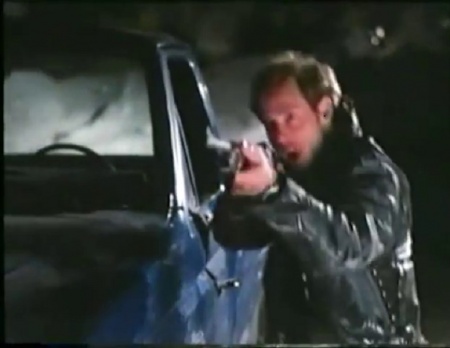 Doc with his rifle. 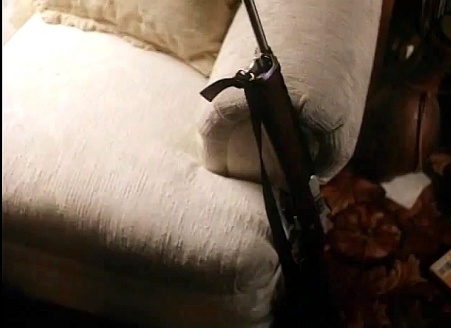 Thrush grabs the rifle to shoot the Deinonychus. 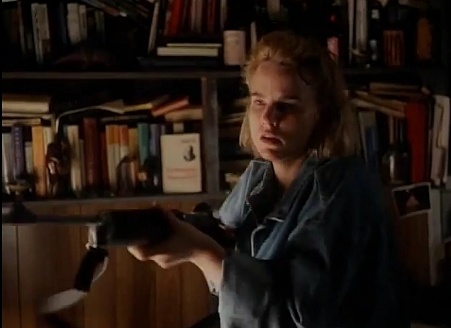 Thrush (Jennifer Runyon) aims the rifle on the Deinonychus.

One of the three government soldiers in the end of the film is armed with a M16 rifle. He uses it to to excute the dinosaur-virus infected people. The othe soldier is armed with an unknown flamethrower and the other takes photos of the victims.

The original M16, the first version, firing in a 20-round magazine, adopted in large numbers by the U.S. Air Force in Vietnam. This has the original 3-prong flash hider. 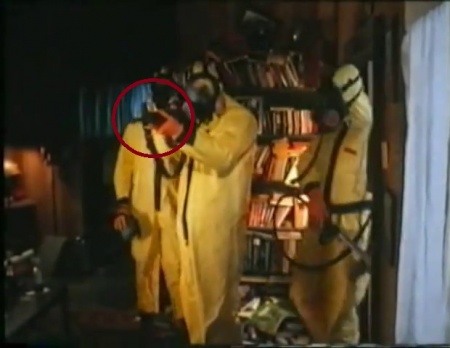 The rifle circled in red. 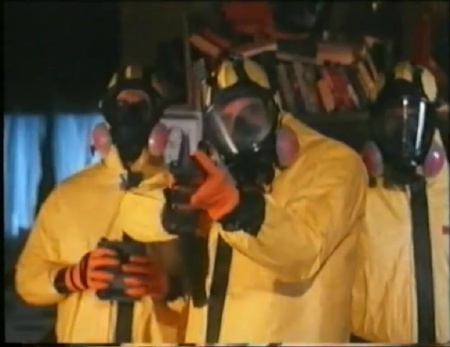 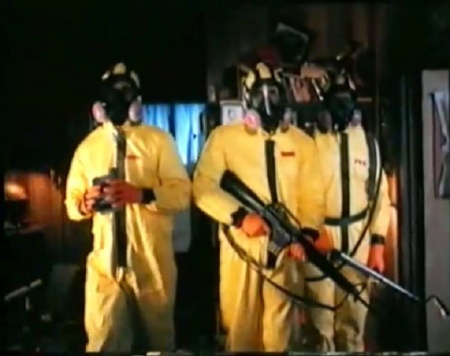 A good view of the M16. Note the unknown flamethrower.

When confronting the Deinonychus in the climax of the film, Sheriff Fowler's (Harrison Page) weapon-of-choice is a Savage Model 69RXL 12-gauge shotgun with an extended magazine tube. It is also visible in his police cruiser earlier in the film. 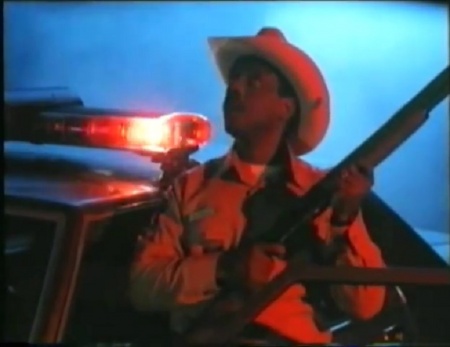 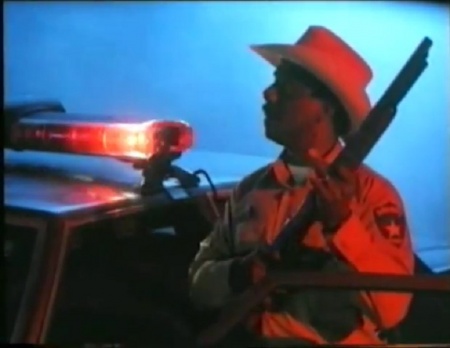 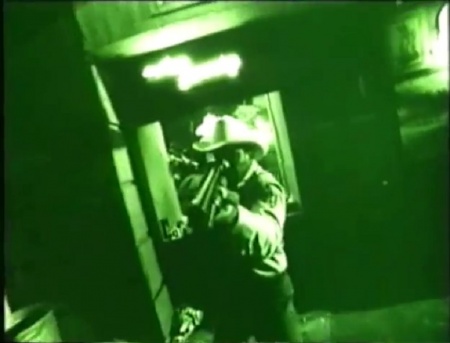 Fowler aims his weapon at the Deinonychus after the creature charges him. 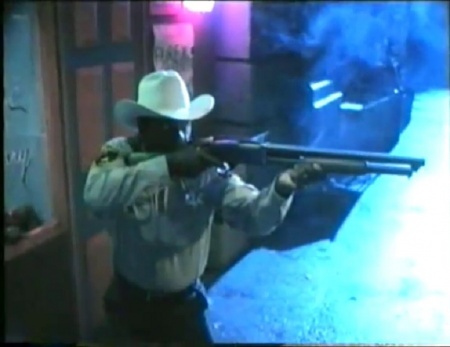 Fowler shoots the beast in the chest. 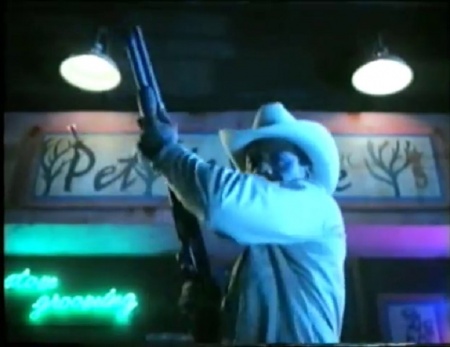 Fowler racks the pump on his shotgun. 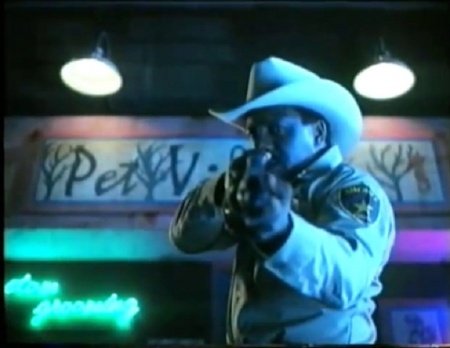 Fowler aims the beast again, this time the head. 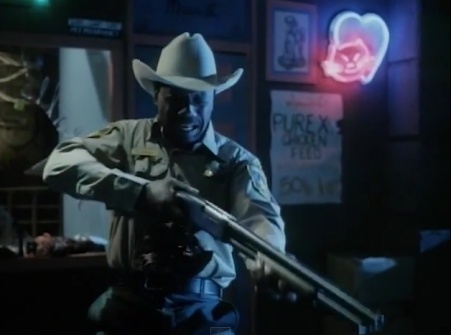 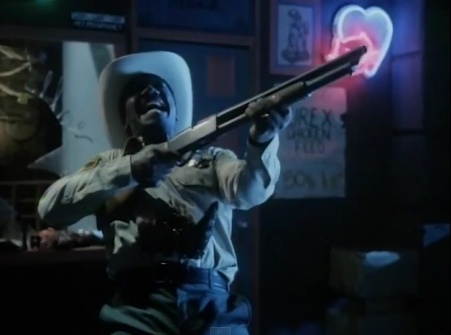