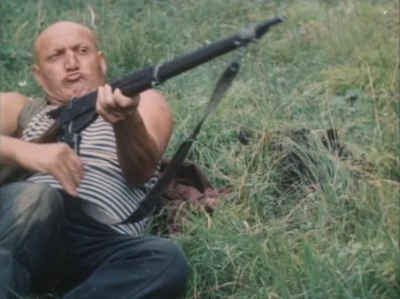 Anatoliy Mambetov (November 4, 1954 - February 15, 2003) was a Soviet and Russian actor of Kabardian descent. He played numerous characters, mostly bandits, criminals, villains etc. However, in real life, he was a kind and polite man. At the frosty night of February 15, 2003, alone Anatoliy Mambetov waited a train at the peopleless, little train station far outside the towns. The train lated for the several hours and Mambetov was frostbited to death.