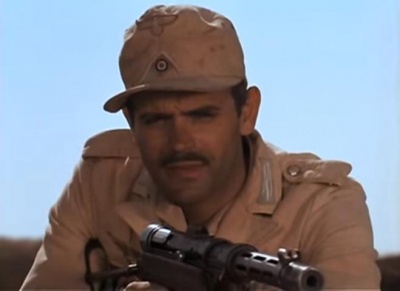 Norbert Meisel with a Star Model Z45 (standing in for an MP40) Rat Patrol episode The Moment of Truce Raid.

Norbert Meisel is an Austrian actor best known for his frequent appearances as different characters in the TV series Combat! and The Rat Patrol, where he often appeared alongside Manfred Lating, Eric Braeden and Rick Traeger.