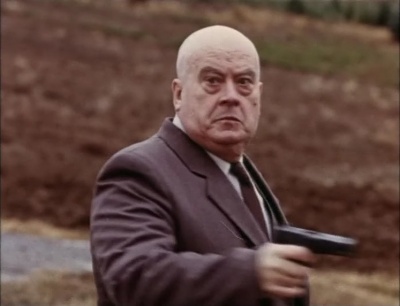 Yevgeny Alexandrovich Morgunov (April 27, 1927 – June 25, 1999) was a Soviet and Russian actor, film director, and script writer. He is best known for his comedy roles, especially in the trio with Yuri Nikulin and Georgi Vitsin in Bootleggers (1962), Operation Y and Shurik's Other Adventures (1965) and Kidnapping, Caucasus Style (1967).