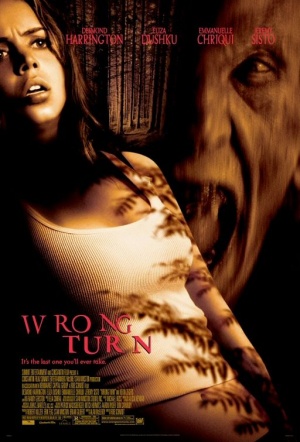 The following weapons can be seen in the film Wrong Turn (2003) :

A Double Barreled Shotgun is used by One Eye (Ted Clark) and Saw Tooth (Garry Robbins) throughout the film. Chris Flynn (Desmond Harrington) also uses this gun near the end of the film. 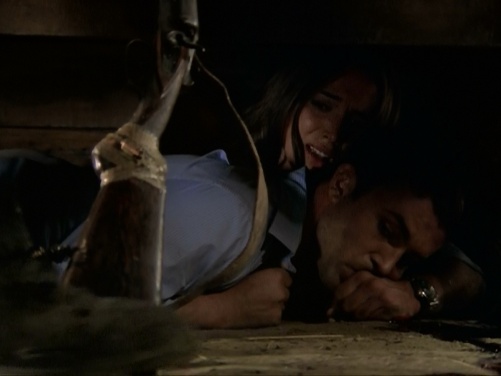 The shotgun leaning against One Eye's bed. 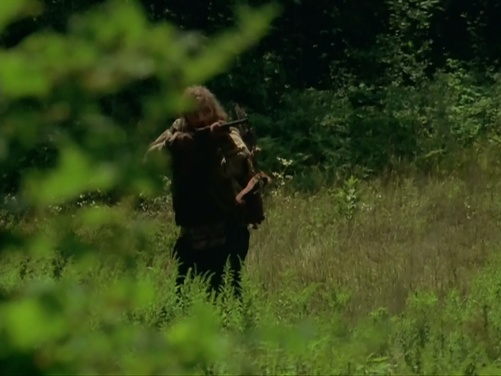 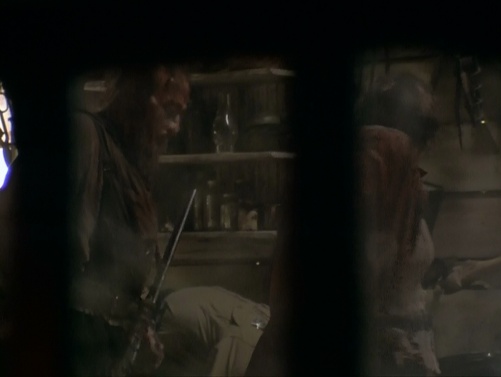 Saw Tooth with the shotgun. 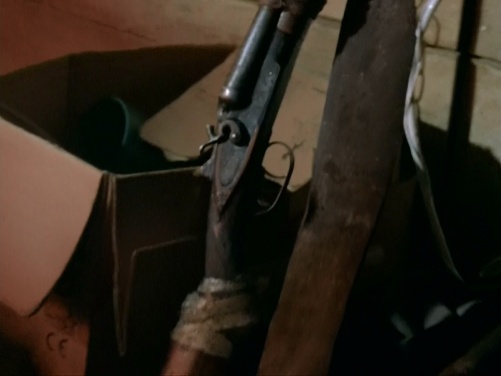 The Shotgun leaning against a wall. 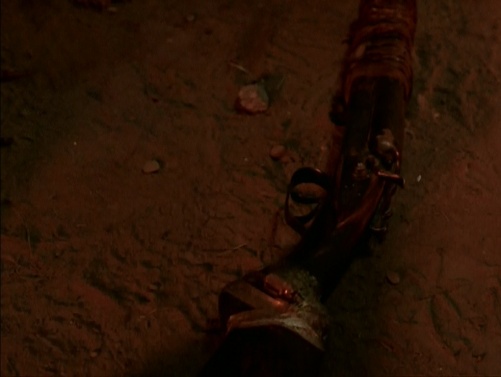 The shotgun laying on the floor of the cabin. 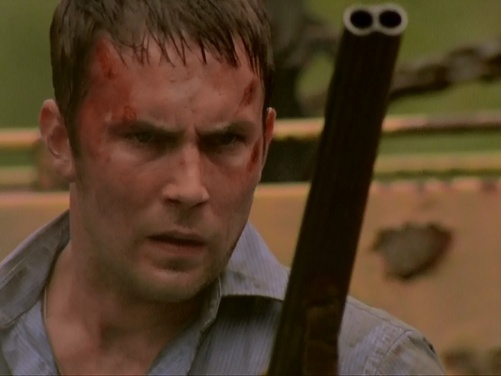 Chris (Desmond Harrington) with the shotgun.

After a sheriff is killed by Saw Tooth, a Glock 17 is seen in his holster. Chris Flynn (Desmond Harrington) attempts to take it but he doesn't get a chance. In a "mid-credits" scene, a Glock 17 is also seen in a deputy's holster, just before he is ambushed by Three Finger (Julian Richings). 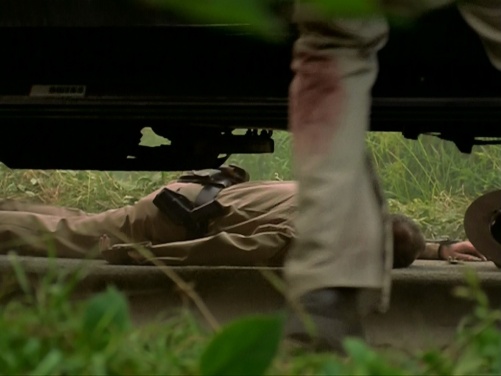 The Glock in the sheriff's holster. 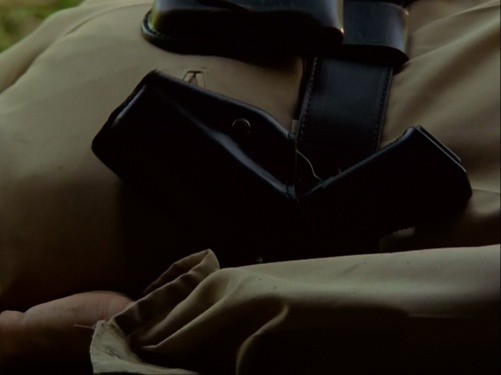 A closeup of the Glock in the sheriff's holster. 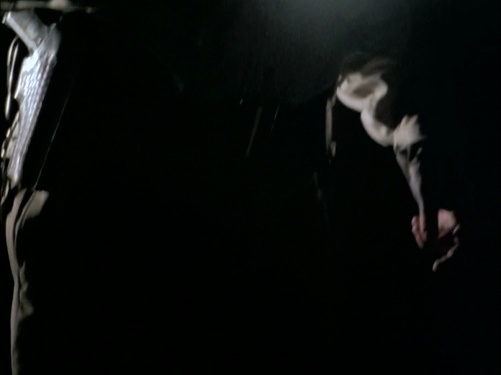 A Glock 17 in the deputy's holster.
Retrieved from "https://www.imfdb.org/index.php?title=Wrong_Turn&oldid=878420"
Categories: