Winter of the Dead. Meteletsa

PS This film was previously released in the UK before the Russian release, so it features English subtitles that cannot be removed.

The following weapons were used in the film Winter of the Dead. Meteletsa:

Two Russian policemen (credited as ment 1 and ment 2 and played by Aleksandr Guryanov and Yuriy Loyko-Dovnar) can be seen holding the Makarov PM pistol as their duty sidearm in the pseudo-documentary footage. 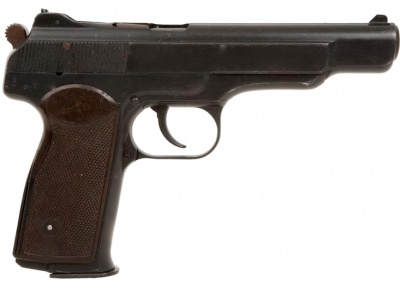 Close view of the Stechkins.

A Tokarev TT-33 is used by Khan (Sergey Shirochin) and his bodyguards (Igor Dikovitskiy, Aleksey Gladkiy, and Aleksandr Grinelevich). At the film's climax, one is used by Constantine (Mikhail Borzenkov) and Iskra Khan (Tatyana Zhevnova). 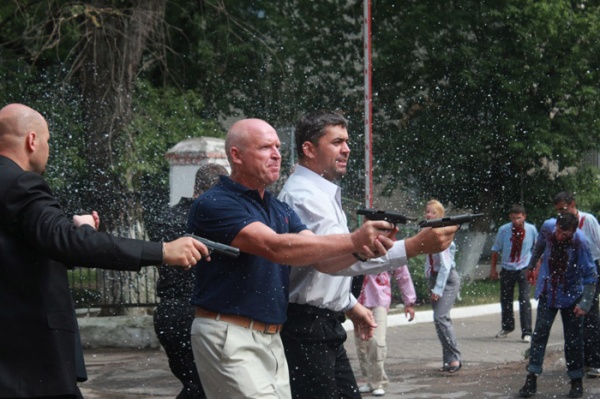 Promotional image of Khan and his bodyguards with the TT pistols.

Khan holds his TT in the pseudo-documentary footage.

Bodyguards fires their TTs at zombies.

Constantine picks up the TT pistol.

Constantine runs with the TT in his hands.

Constantine uses a Mauser 1914 Pocket Pistol at the abandoned plant.

Constantine (at the right) fans the Mauser Pistol.

AK lies on the table.

Khan with his rifle.

Khan fires a PK machine gun in one scene.

Khan fires his PK machine gun in the pseudo-documentary footage.

One of Khan's bodyguards fires a Baikal IZH-81 in the pseudo-documentary footage.