Wilbur and the Baby Factory 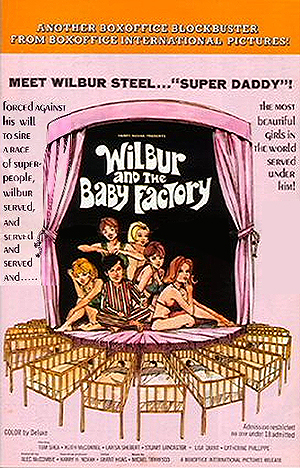 Wilbur and the Baby Factory was a softcore sexploitation movie that was typical of the late 1960s/early 1970s. Rife with abundant nudity and ridiculous situations, this was an unusual outing in that it was not a comedy and was a semi science fiction. Wilbur is a man devoid of genetic defects so he is enlisted in a secret institute, where he discovers that he is 'captive' and his task is to impregnate two thousand beautiful young women. Apparently one of the previous 'studs' went insane. Though one may laugh at the 'terms' of his imprisonment, being forced to have sex on a schedule and all the time as well as being a captive with no freedoms, does manage to wear thin after a while. Wilbur grows hostile and tries to escape with disastrous results.

The following guns were used in the film: 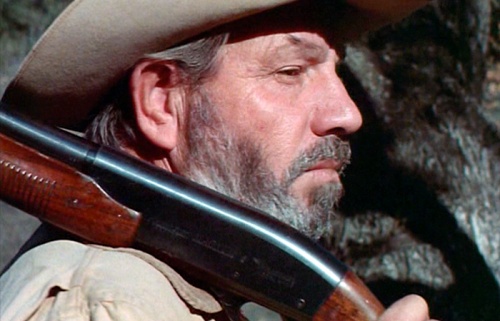 A hunter (Frank Belt) holds a Remington 870, clearly seen are the markings "Remington Magnum" on the receiver - 12 gauge. 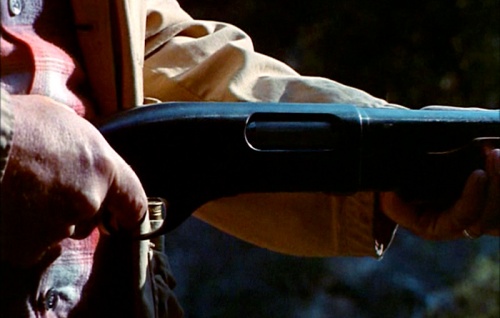 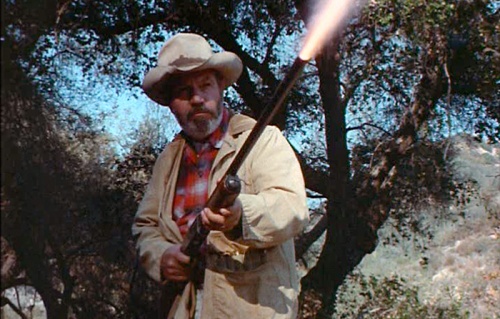 The hunter (Frank Belt) shoots Wilbur with the 870 when he sees Wilbur holding a large rock, believing it to be an attack - 12 gauge. Wilbur does survive being shot a point blank range by a 12 gauge shotgun however. 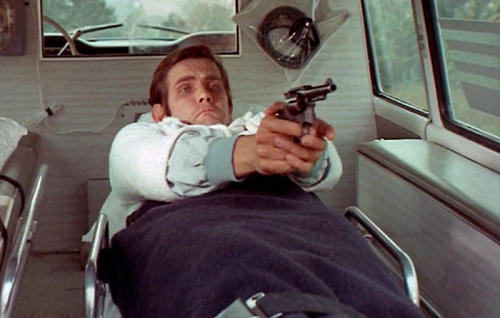 Wilbur (Peter Ford) fires a Smith & Wesson Model M&P revolver when he realizes that he is being sent to his own death - .38 special.

M1 Carbine with a telescoping commercial stock, the versions in the film did not have a vertical foregrip - .30 Carbine 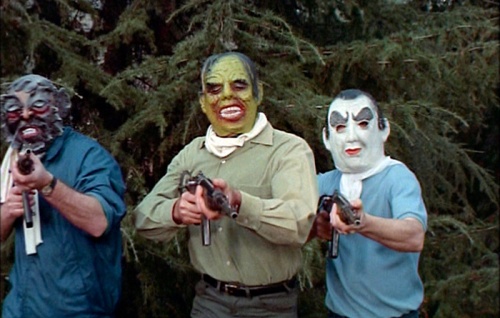 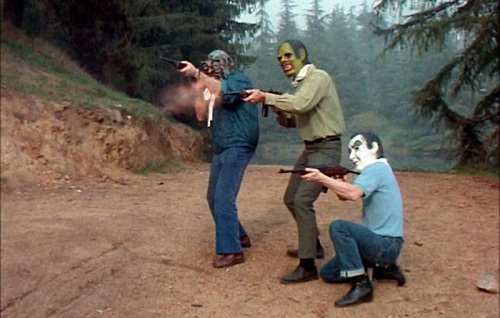 The killers have commercial telescoping wire stocks on their M1 Carbines - 30 carbine. 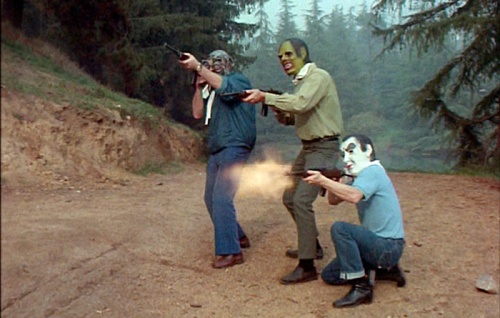 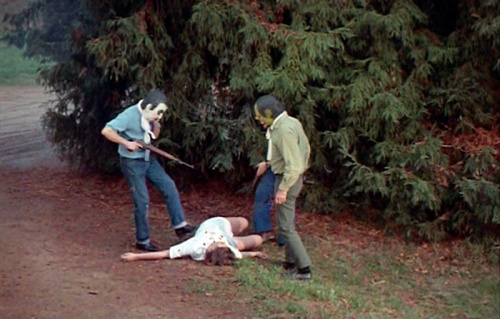 Angelique hides behind a tree and is promptly killed, demonstrating for once in a film the difference between 'cover' and 'concealment'. The killers just fire through the thick trees and hit her multiple times.
Retrieved from "https://www.imfdb.org/index.php?title=Wilbur_and_the_Baby_Factory&oldid=302646"
Category: