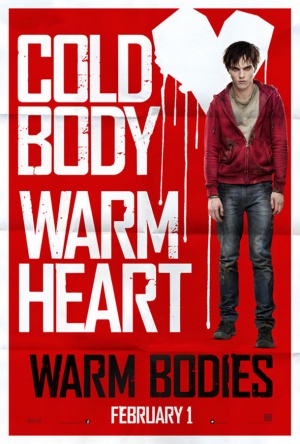 The following weapons were used in the film Warm Bodies:

Julie (Teresa Palmer) uses what appears to be a Ruger SR9c with a stainless slide. Her father Col. Grigio (John Malkovich) identified the pistol as a "Ruger SR". 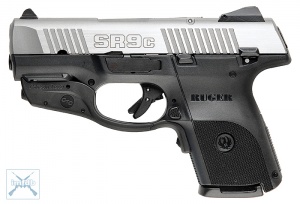 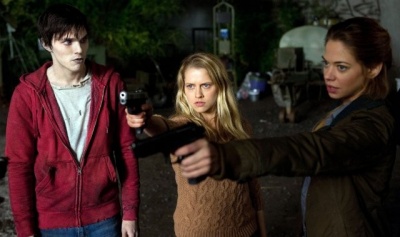 In the middle, Julie (Teresa Palmer) carries a Ruger SR9. This still is from a deleted scene.

The Ruger is visible in this deleted scene.

Nora (Analeigh Tipton) carries a Beretta 92FS as her sidearm throughout the film.

At the right, Nora (Analeigh Tipton) pulls her Beretta 92FS. This still is from a deleted scene.

The Beretta is held by Nora in this deleted scene. 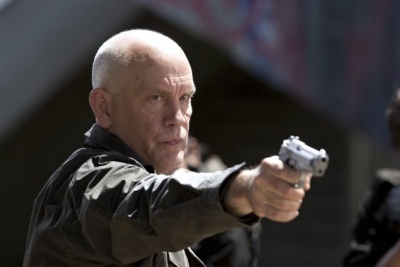 Production image of Col. Grigio with the pistol.

Julie (Teresa Palmer) uses a FABARM SDASS Martial Ultrashort shotgun with a heat shield, pistol grip and iron sight. She is seen firing the weapon in the initial encounter with Corpses..

The M4A1 with varying attachments is another weapon carried by the human troops.

A guard is armed with the rifle.

US Military personnel concentrates fire on one of the Boneys.

Stunned US Military personnel wondering whether to shoot Corpses or Boneys.

A Colt Model 933 rifle is carried by Kevin (Cory Hardrict).

Julie is threatened with the rifle.

Julie is threatened with the rifle.

Perry (Dave Franco) can be seen with a SIG SG 552 with pronged flash hider and standard diopter sights. He empties his weapon on the Corpses from a vantage point in the initial encounter. 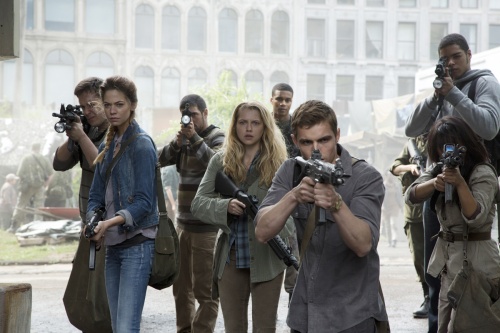 The SIG SG 552 is seen carried by Perry in the middle.

The SIG SG 552 is seen carried by Perry in the middle.

"Aim for their heads!" Perry armed with the SIG SG552 rifle.

The Norinco QBZ-97A carbine is carried by some of the soldiers. Since the feature was filmed in Montreal, the production crew utilized Canadian film armorers, who had Norinco QBZ-type rifles.

The fighter in the center armed with the carbine.

One of the human fighters with Perry and Julie can be seen with a Heckler & Koch G36C fitted with a weaponlight.

Seen in the upper right.

The G36C is held at the far right.
Retrieved from "https://www.imfdb.org/index.php?title=Warm_Bodies&oldid=1082616"
Categories: