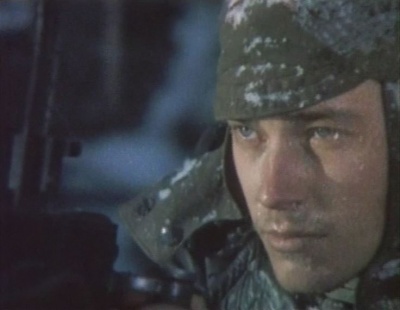 Vladimir Konkin with a Maxim M1910 as Pavel Korchagin in How the Steel Was Tempered (Kak zakalyalas stal) (1973).