No need to put a category American Produced/Filmed. It's a default one, and only non-American films are labeled with a category of appropriate country. So I removed it from Unbroken page. Greg-Z (talk) 14:53, 27 July 2014 (EDT)

It appears your screencaps are in the wrong aspect ratio. Please correct them and re-upload. The IMFDB Screencapping Guide has a section with instructions on how to resize screenshots. Thanks. --Funkychinaman (talk) 07:06, 23 April 2015 (EDT)

I'm going to flip Land of Mine to WIP, since we frown upon first-day incomplete pages. Please finish the page, as so few of users would be able to finish it in your stead. Thanks. --Funkychinaman (talk) 12:11, 31 January 2016 (EST)

Just curious, but do you think you could get a few more images of the reloads on the French DLC weapons in BF1? Like pulling the charging handle on the RSC 1917, or cycling the bolt on the Lebel, chamber-loading the Sjörgen, etc.--AgentGumby (talk) 15:27, 31 March 2017 (EDT)

Done with the images for the RSC and the Sjörgen but i couldn't get a proper image of the Lebel. Most of them were blurred. 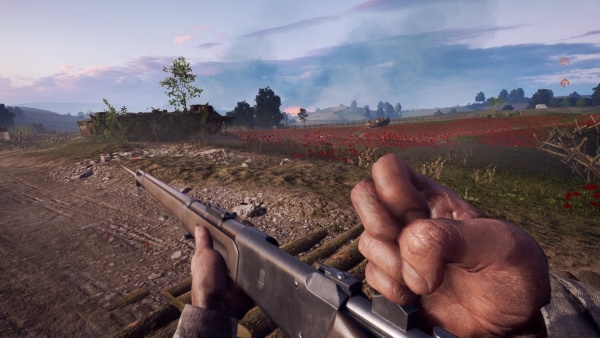 This is the best. But you don't see much of the cycling.

The ones you added are great. I hate that even if the motion blur down is turned down all the way, it's still there in the animations.--AgentGumby (talk) 22:40, 10 April 2017 (EDT)

If you turn down the motion blur in the options, it actually cleans up the first person animations and should help with screencaptures.--AgentGumby (talk) 15:04, 20 February 2018 (EST)

Hello, HighPhigh! Excuse me, I have some question: is this shot is the only for the gun. Maybe, just for me, but (maybe, just due the angle) this pistol has some wheellock reeses, but, I can't say nothing more on this screenshot. If it's not hard for you, may you upload a few more screenshots( if it's possible of course)? Thanks! Pyramid Silent (talk) 08:34, 23 November 2017 (EST) 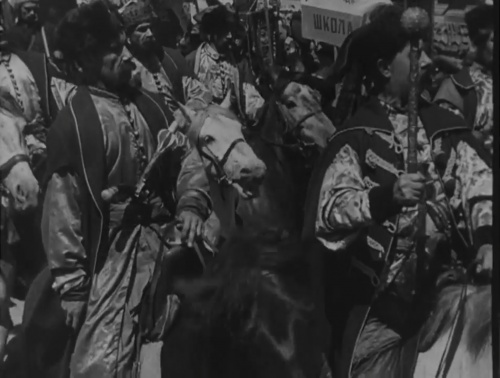 Sorry, this pistol is only seen very briefly because the actor is only in this scene (he doesn't move much). But you're probably be right with the wheellock. It looks very much like it. Thanks for that!--HighPhigh (talk) 06:23, 26 November 2017 (EST)

Some question about The King's Choice actror

Hello, HighPhigh! Excuse me, I havesome question: I don't watch the movie The King's Choice, so, I don't know is this actor (second from left) an Anders Baasmo Christiansen. This character carry holstered handgun, and Anders Baasmo Christiansen himself uses two differet guns in Villmark Asylum. So, if he can be seen with two different guns in two different movies, he may had own actor's page. Pyramid Silent (talk) 12:17, 7 February 2018 (EST)

I had edited the 'In this Corner of the World'

Hello, HighPhigh! I had add one more weapons to the In this Corner of the World (the holstered handguns of Kempeitai. How do You think, is it correct? Pyramid Silent (talk) 15:59, 29 May 2019 (EDT)

The Gladbeck piece has a three inch barrel, shrouded ejector rod and ramp front sight that looks to go to the frame, doesn't match the MR-73 and it looks to me like a 5 shot compact revolver not a 6 shot. The model 10's in Lupin the 3rd and Case Closed look like Smith and Wesson Model 36's to me. Black Irish Paddy (talk) 09:07, 28 January 2020 (EST)

I had add some more information to "Princess Principal"

Hello, HighPhigh! I had add some more information to Princess Principal: one more screenshot to Enfield and one missed gun. What do you think about that? Pyramid Silent (talk) 16:26, 9 March 2020 (EDT)

Hello, HighPhigh! I had add some minor adits to Mirai Nikki page: two improvised bombs and spliting the "Guns on Wall" subsection as all of it's guns has own subsections. I also add some trivia about lack of Minene's eyepatch and useless bolt action rifle with a left-handed bolt handle. What do you thank about that? Pyramid Silent (talk) 14:41, 12 April 2020 (EDT)

I also had add a bit trivia about Minene's Walther. Anywhere, my English isn't perfect, so, if it's not hard for you, may you check the sentences construction? Pyramid Silent (talk) 15:31, 12 April 2020 (EDT)

Actor links in The Blue Express

I checked all actors in The Blue Express: nearly all of them have only one or two roles, except for Yakov Gudkin (35 roles) and Sergei Minin (41 role). So I created a page for Sergei Minin, while other red links would better be removed. Do you agree? Thanks. --Greg-Z (talk) 09:35, 25 April 2020 (EDT)

I see that the only image of the NHM Model 9 that is widely used in the Edgar Wallace series is on the gas-waffen.de and the image is copyrighted. So I wrote them a mail asking to allow the use of this photo. If the answer will be positive, I'll upload the image of the revolver on the IMFDB so you could add it on the pages. I hope they won't refuse. --Greg-Z (talk) 09:06, 16 August 2020 (EDT)

I'm glad to help. And these Edgar Wallace films are really interesting. I have never seen any of them but I've read several Wallace novels. Concerning the revolver: I think that an entry for this gun would be best on Blank Fire Only Guns, how do you think? --Greg-Z (talk) 16:03, 18 August 2020 (EDT)

Yes, a template for this series would be good. Anyone can create templates, just like ordinary pages. I recommend to copy the code from some existing template that looks most similar to the one you want to make - like Template:Kommissar X, for example. --Greg-Z (talk) 02:43, 20 August 2020 (EDT)

Hello! I got one more film of the German Edgar Wallace series - The Crimson Circle, in a very good quality. Possibly I could obtain several more films. If you have plans to create more German Wallace pages, please tell me, so we can divide this work for mutual benefits, so to say :). --Greg-Z (talk) 10:11, 17 February 2021 (EST)

So here is the list of German Wallace films that I have now or will have soon at my disposal:

Your plans with the G3 page

Our recent discussion on Mauser rifle in Brimstone lead to the decision that it's likely a Czech 98/22. The only thing that differs is a parade hook that exists on the screen gun but is absend on the Czech rifle. Suddenly I came across the Steyr-Mauser 1912 that I absolutely forgot about. It seems to me that this rifle matches the screen gun even better than Czech model, as it has the same looking rear sight and the parade hook. How do you think about such version? Thanks, --Greg-Z (talk) 13:09, 23 January 2022 (EST)

Request for help with a rifle

Since you are well versed in battle rifles of 19th-20th centuries, I would like to know your opinion on the following issue. There is a rifle in the recent season of Father Brown TV series, and I strongly guess that this is a Portuguese Mauser-Vergueiro m/1904-39 which has not yet appeared on IMFDB. The problem is that the rifle is seen only partially. So, what would you say about it? Thanks! --Greg-Z (talk) 02:32, 18 February 2022 (EST)

It's great that you are of the same opinion! I started googling "front sight with ears", and then I came across two of these three pictures, and they gave me the idea. So, a Portuguese rifle in hands of a French gendarme in a British TV series... wonders, I would say :) --Greg-Z (talk) 10:32, 18 February 2022 (EST)

That's very odd. I will check the old server for the images. My guess is that because they replaced existing images when we ran the script to pull the latest images to the new server they had the same name and it didn't pull the new versions. I'll see if I can find these images automatically by date. --bunni (talk) 16:51, 10 September 2022 (UTC)