I enjoy firearms and I love movies. So this site just seems to be a great place to combine those two interests. We have a great place here and I would love to make it better. 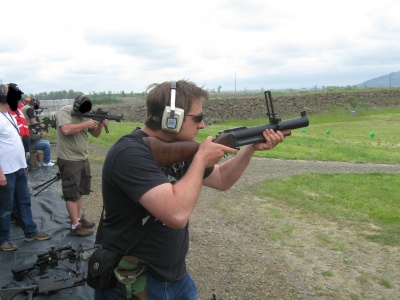 Me firing a M79-40mm grenade launcher.

Yes i do own firearms and I have customised for my own comfort. 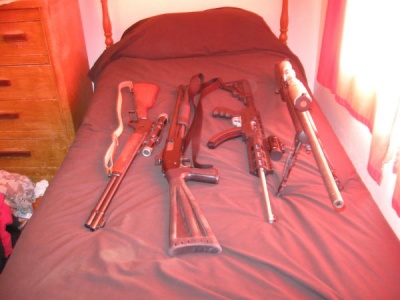 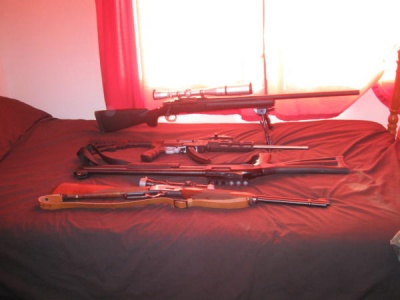 I enjoy a number of interesting firearms for various reasons.

Yeah I know they are POS weapon IRL.

SWD/Cobray Street Sweeper with short barrel and top folding stock - 12 gauge. Visibile is the Cobray logo on the side, no visible drum advance lever like on the Striker and the recognizable 'key' in the front of the drum for winding up the rotary cylinder.

heavy as hell to shoulder but the results are impressive.

I've been trying to kill the China lake launcher is the EX-41 meme among those who don't know guns. Lot's of stupid so called experts on this one. 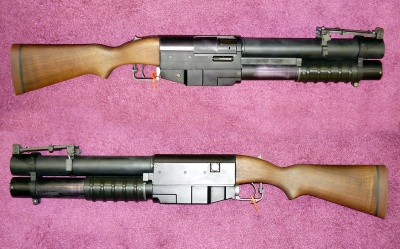 A very nice semi-compact assault Rifle. I've been lucky enough to get some trigger time on one and I can keep it minute of car door at 100 yards when I use short bursts.

Daily carry weapon of a favorite fictional caracter of mine. Personally, I find that the grip is not long enough for my hand. other than that it's a very nice weapon. 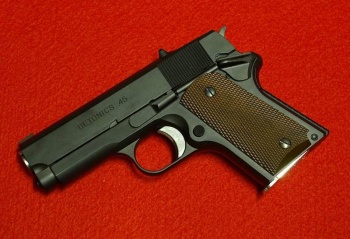