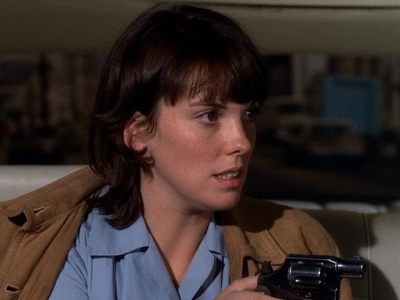 Tyne Daly with a Colt Detective Special as Saretta Lane in Mission: Impossible.

Tyne Daly with a Colt Diamondback as Inspector Kate Moore in The Enforcer (1976).

Tyne Daly is an American Emmy and Tony award-winning actress best known for her role as Det. Mary Beth Lacey in the series Cagney & Lacey. She also is the older sister of fellow actor Tim Daly and the daughter of the late actor James Daly.