The following weapons were used in the film Triple Threat:

Mook pulls out a Beretta.

Mook attempts to fire the Beretta.

A police officer points a Beretta. 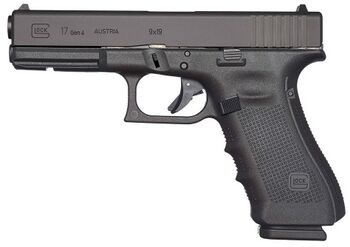 Collins points a Glock at Jaka.

A close view of Collins pointing a Glock at Jaka.

A police officer points a pistol. 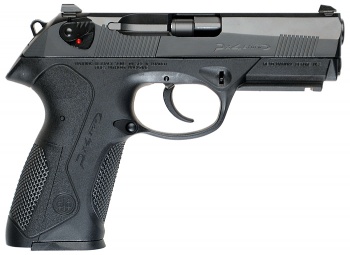 Another view of Su Feng's Px4.

Xian pulls out her pistol.

Xian holds her pistol at the ready.

A close view of the ejection port of the Mossberg 500.

A jungle camp guard, a police officer and a security team guard are armed with Uzis.

A jungle camp guard is armed with an MP40.

A jungle camp guard attempts to fire an MP40.

A jungle camp guard and a police officer are armed with Heckler & Koch MP5SD3s.

A jungle camp guard is armed with an MAT-49 submachine gun. 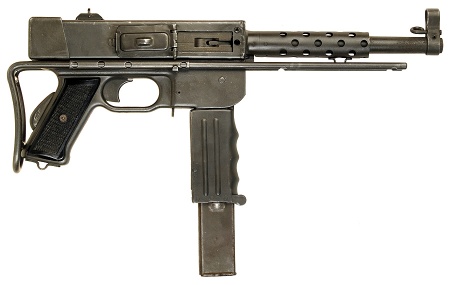 One of Devereaux's hired guns is armed with an unknown submachine gun.

Hired guns (on the extreme left and right) are armed with M16A1s.

Devereaux carries an M4A1 with an M203A1 grenade launcher.

A security team guard takes cover while holding an M4A1 with an M203A1.

Long-fei reaches for an M4A1.

A security team guard holds an M4A1 with SIRS handguard.

Hired guns (middle, behind Devereaux) are armed with AKS-47s.

A close view of the Steyr.

Mook prepares for the impending gunfight. 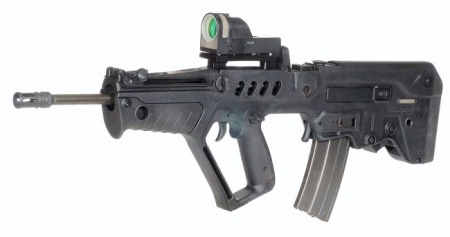 Joey carries an IMI Tavor TAR-21 with a Picatinny rail.

Steiner (Ron Smoorenburg) is armed with an M60 machine gun.

Steiner with the M60.

Mook carries a Milkor MGL Mk 1L with extended barrel shroud, suggesting it is a replica. Jaka also uses it.

Milkor MGL Mk 1L Grenade Launcher - 40x46mm. This is one of the screen used props in the film Transformers.

Mook aims a grenade launcher. The sight consists of a single lens, probably installed to allow the dramatic filming of Mook's eye.

A gangster has an arsenal of weapons.

Xian talks to a gangster while Payu and Long-fei examine the weapons.

The arsenal includes a machine gun, a PKM variant.