Travis Fimmel holds a SIG-Sauer P226 as McQueen Oodie in The Baytown Outlaws (2012). 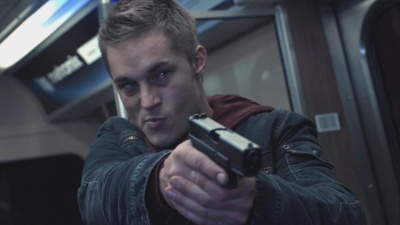 Travis Fimmel is an Australian actor. He is best known for the History Channel series Vikings in which he portrays the lead role Ragnar Lothbrok. He also starred in the 2009 television series The Beast with the late Patrick Swayze.