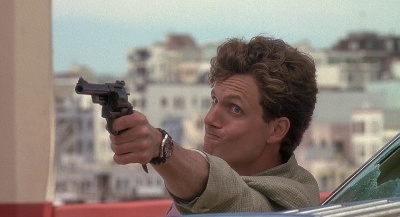 Tony Goldwyn is an American actor/director who has appeared in such films and television series as Ghost, Kuffs, The Last Samurai, Law & Order: Criminal Intent and Scandal. He has since gone on to direct feature films such as A Walk on the Moon and Someone Like You and episodes of such television series as Law & Order, Dexter, and Justified. Tony also is the son of movie producer Samuel Goldwyn Jr. and the grandson of movie mogul Samuel Goldwyn (of Metro-Goldwyn-Mayer studios.)