Tomorrow I'll Wake Up and Scald Myself with Tea

Tomorrow I'll Wake Up and Scald Myself with Tea (Original title: Zítra vstanu a opařím se čajem) is a 1977 Czech sci-fi crazy comedy directed by Jindrich Polák. One morning, Jan Bureš (Petr Kostka) discovers that his twin brother Karel (also Petr Kostka) has choked to death on a bread roll. However, Jan knows what to do - Karel was a pilot for Universum, a time travel agency. So he dresses up as his brother and goes to his brother's job. He soon discovers that his brother was part of a Nazi ploy to hijack a time travel rocket, go to 1944 (when Germany is in trouble) and give Adolf Hitler an A-bomb. Although he can do little to prevent this, the ploy fails - firstly, the hijackers are double-booked with two American tourists, and secondly, they land in 1941 - when German soldiers are threatening to conquer Moscow. When they return, they return before they actually took off (this is Jan's attempt to save his brother by preventing him from suffocating). And things go downhill from there!...

The following weapons were used in the film Tomorrow I'll Wake Up and Scald Myself with Tea: 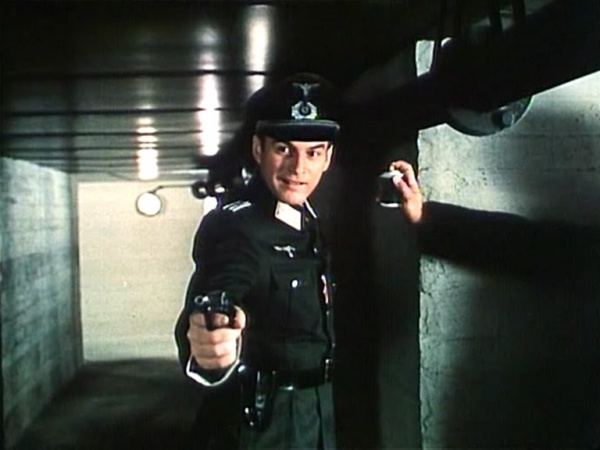 An officer in Hitler's bunker draws his PPK. 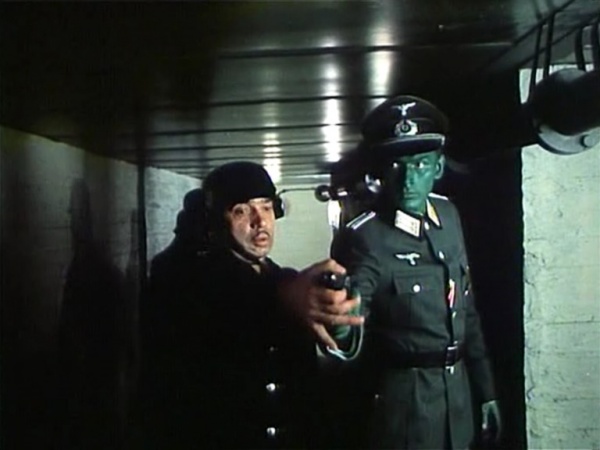 Rolf Kraus (Vladimír Mensík) paralyzes him with a spray and confiscates his gun. 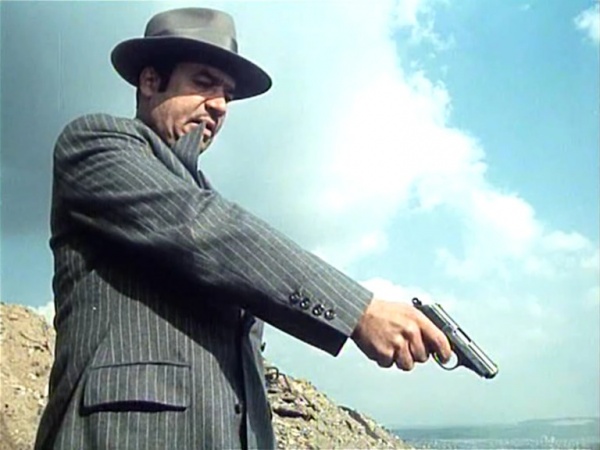 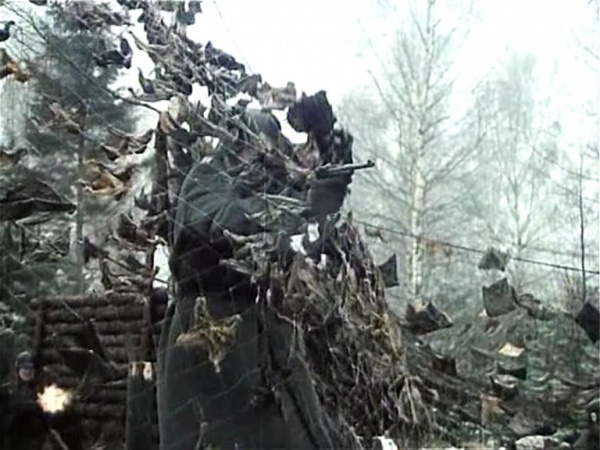 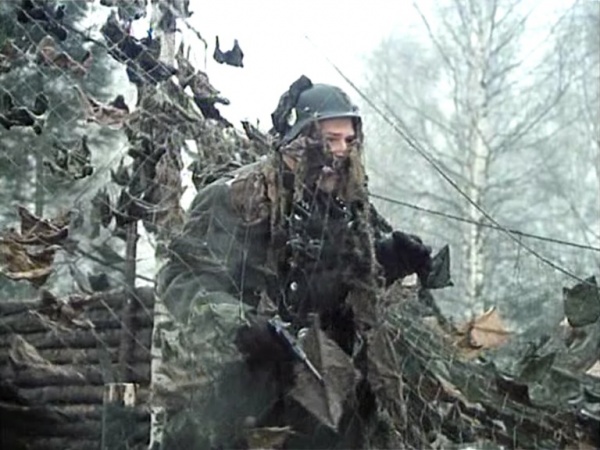 Next SS officer holds in his hand a Walther P38 pistol. 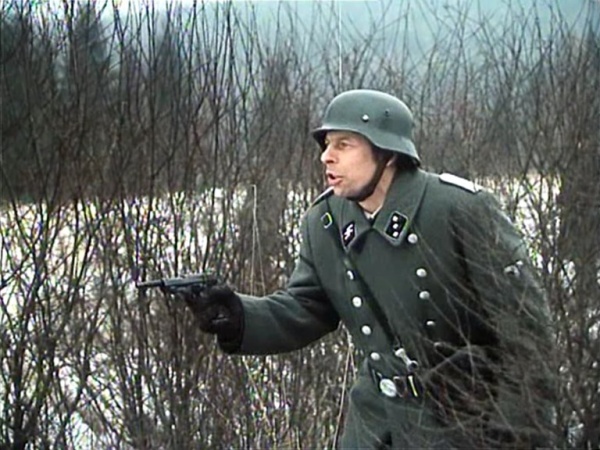 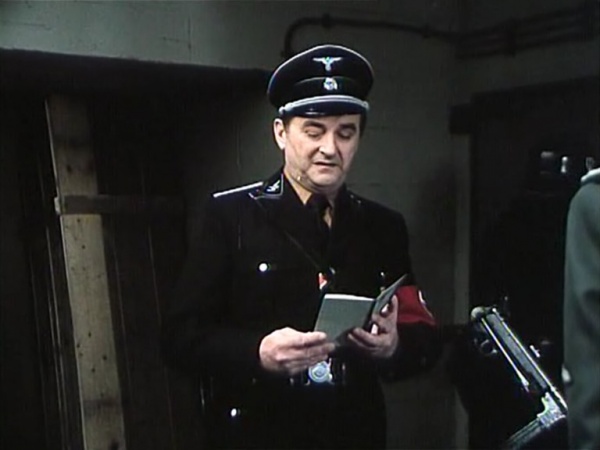 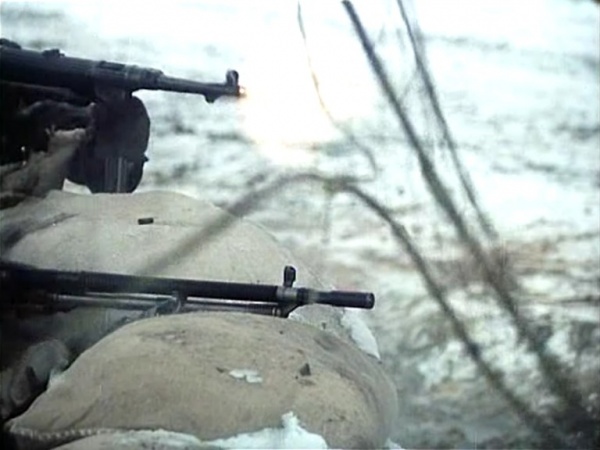 The German guards are also equipped with a ZB26 Machine Gun. 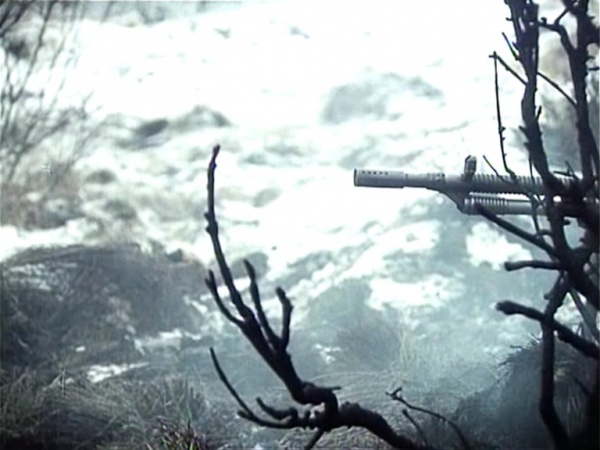 The machine gun has the attachment for firing of blank bullets. 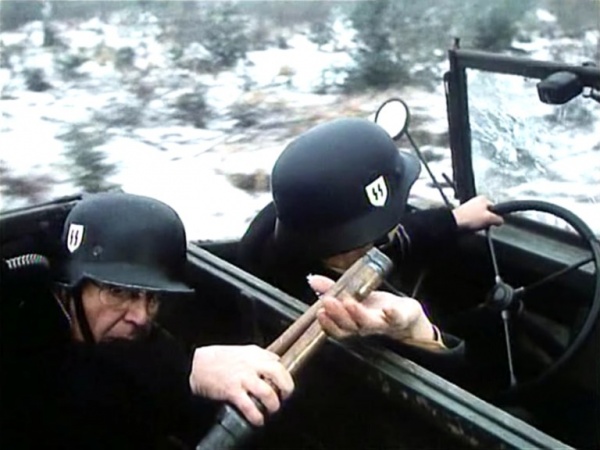 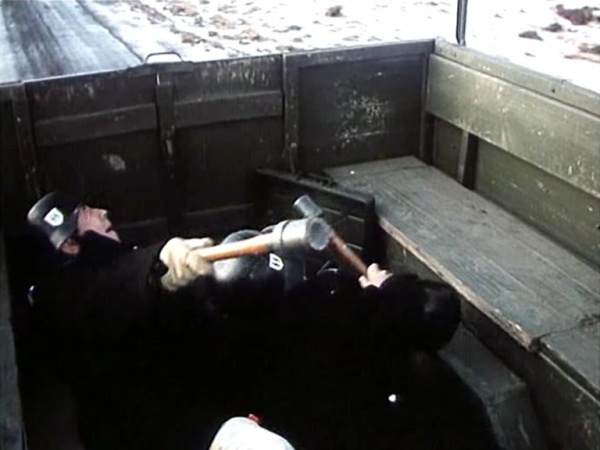 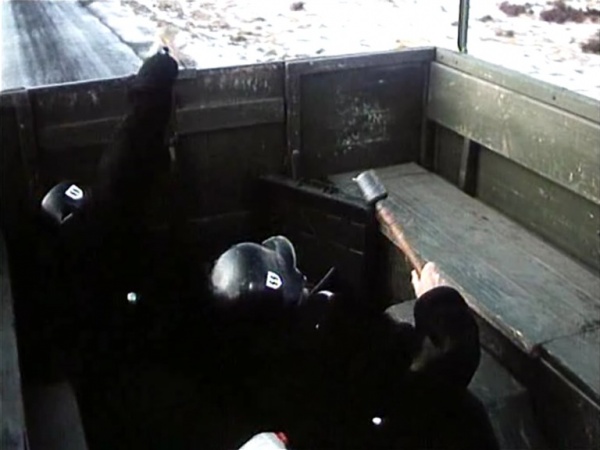 ... and Ing. Bauer (right) throws grenades at their pursuers.