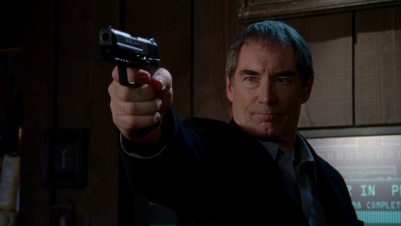 Timothy Dalton is a Welsh actor best known for his portrayal of James Bond in two feature films from 1987 to 1989. In addition, he has appeared in such films as The Rocketeer and Hot Fuzz and such television series as Chuck, Tales from the Crypt, and Penny Dreadful.