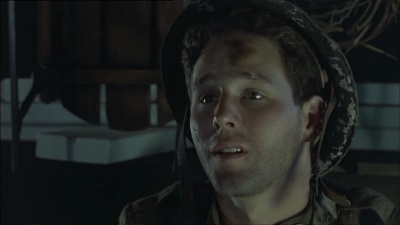 Timothy Bottoms as Joe Bonham in Johnny Got His Gun.

Timothy Bottoms is part of a family of actors which includes his brothers, Joseph Bottoms and the late Sam Bottoms. Among his notable roles include his roles as Sonny Crawford in 1971's The Last Picture Show, the doomed Joe Bonham in 1971's Johnny Got His Gun, as well as his portrayal of former US President George W. Bush, first in sitcom That's My Bush!, and then in both the comedy The Crocodile Hunter: Collision Course and the drama DC 9/11.