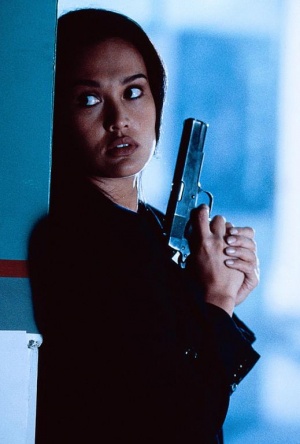 Tia Carrere is an American actress, model, voice artist and singer. Born January 2, 1967 in Honolulu as Althea Rae Janairo, Carrere identifies herself as being of "Filipino, Spanish, and Chinese descent raised in Hawaii". Her first major breakthrough was in the daytime soap opera General Hospital (1985). She had roles in such films as True Lies (1994) and Kull the Conqueror (1997) in addition to numerous television credits including from 1999 to 2002, starring as archeology professor Sydney Fox in the series Relic Hunter. She has also had a successful career in music, including winning a Grammy Award in 2009.