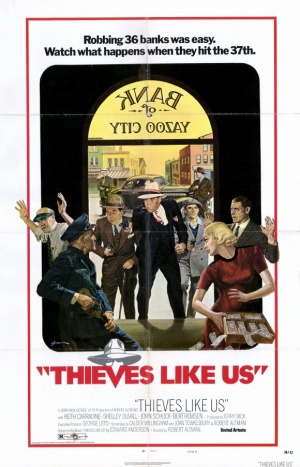 Thieves Like Us is 1974 crime romance directed by Robert Altman and based on the novel of the same name written by Edward Anderson.

The following weapons were used in the film Thieves Like Us: 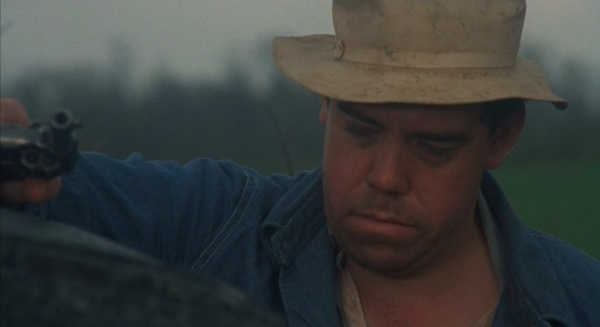 Chicamaw with a Official Police during the opening prison farm escape. 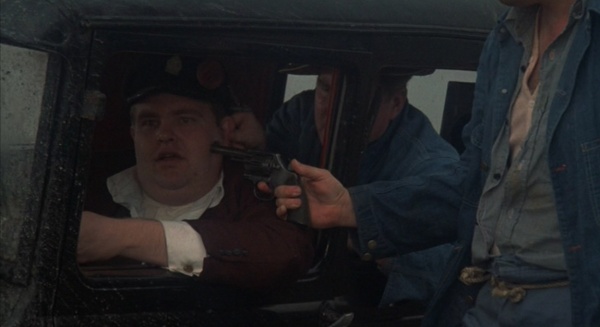 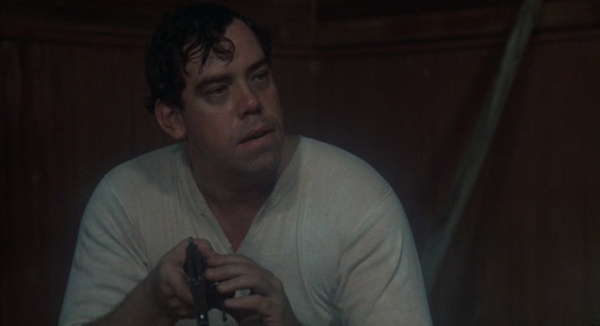 Chicamaw checks the Official Police while in hiding with T-Dub and Bowie. 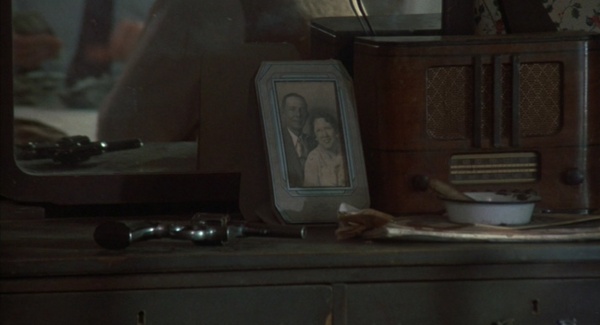 Chicamaw's Official Police sits on a dresser after a bank robbery. 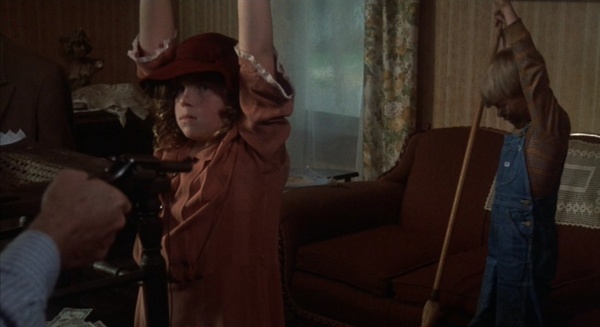 T-Dub holds his Official Police on his niece and nephew while re-enacting a bank robbery with Chicamaw. 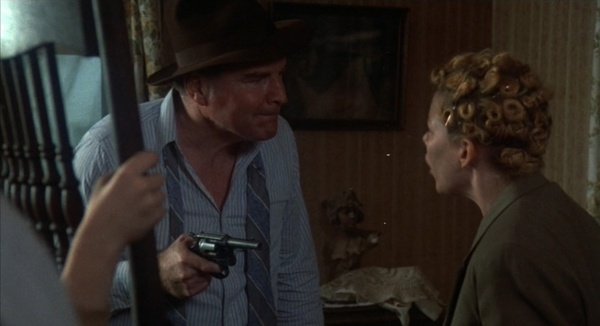 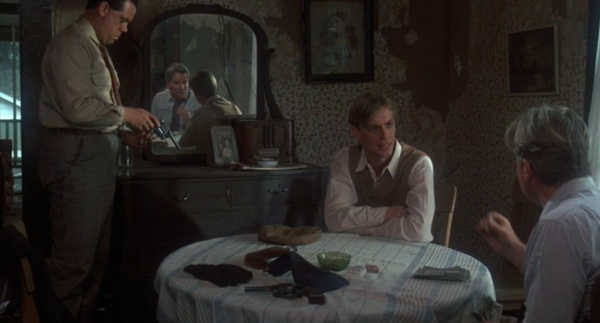 T-Dub's Model 10 sits on the table in front of him when the gang splits. 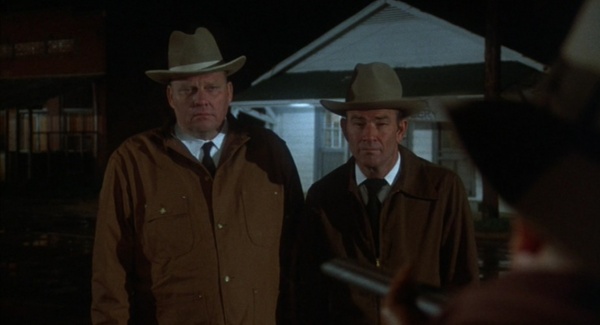 Chicamaw aims his shotgun at the lawmen. 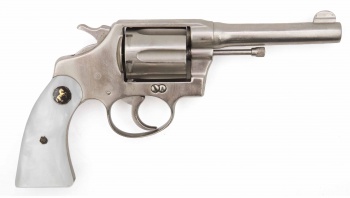 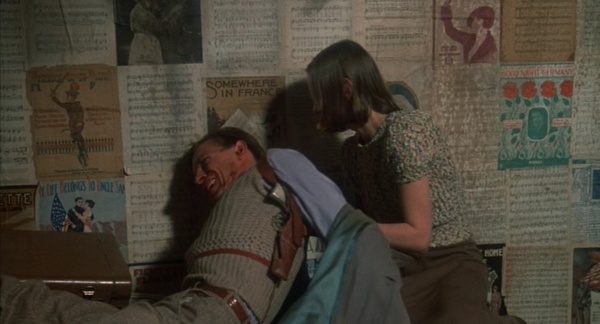 Bowie's holstered Police Positive is seen when Keechie (Shelley Duvall) helps him remove his jacket after the car accident. 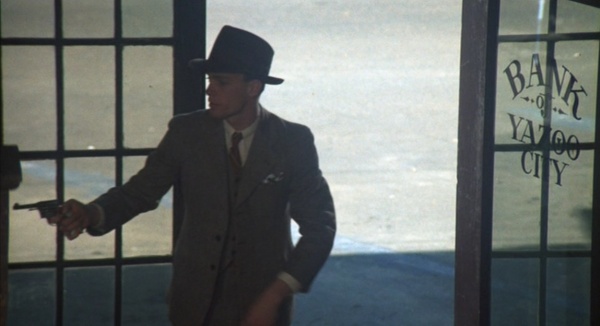 Bowie with his Police Positive during the gang's final bank robbery in Yazoo City. 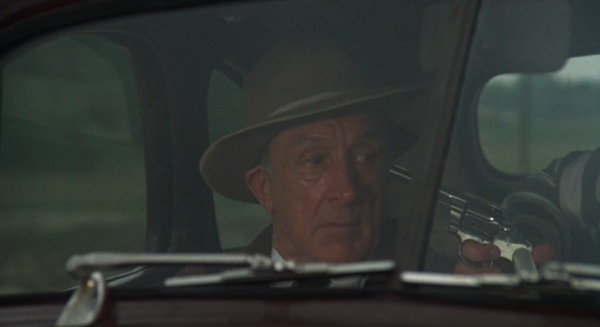 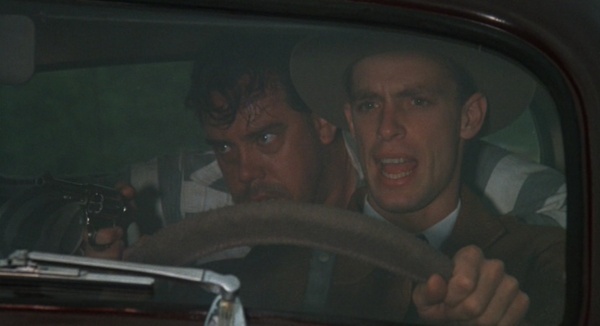 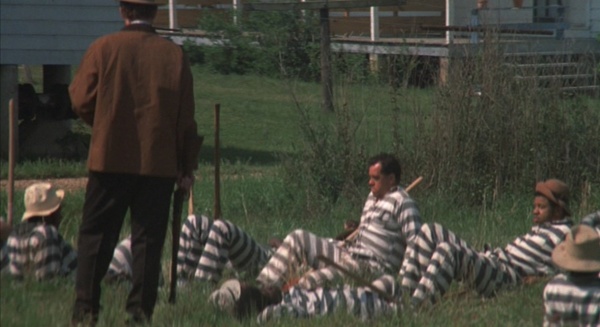 A guard approaches Chicamaw with his Winchester rifle.

A guard at the Mississippi State Prison is seen cradling a Winchester Model 1897 shotgun. 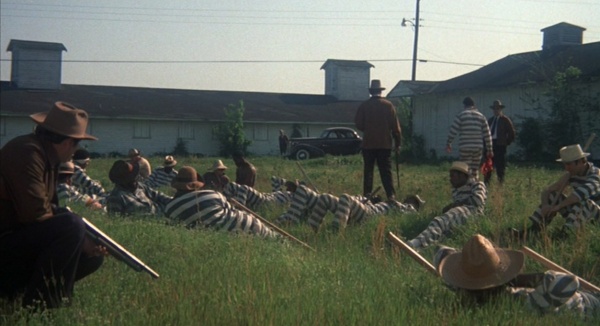 A guard with his Winchester '97 watches Chicamaw walk towards Bowie's car.

The Pickens, MS police who arrive at Mattie's motor court in the finale are all armed with anachronistic Remington Model 870 shotguns. They are historically inaccurate since the events portrayed in the film occur in 1936 and the Remington 870 wasn't introduced until 1950. 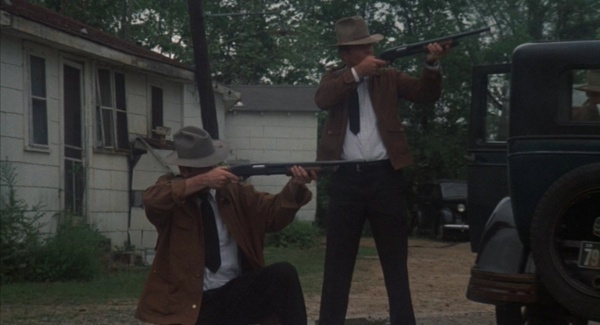 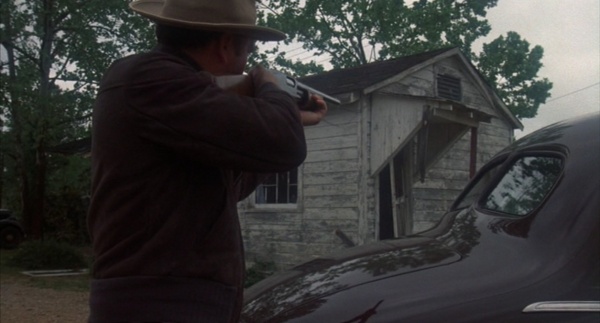 Another Pickens policeman behind Bowie's car pumps another round into his shotgun. 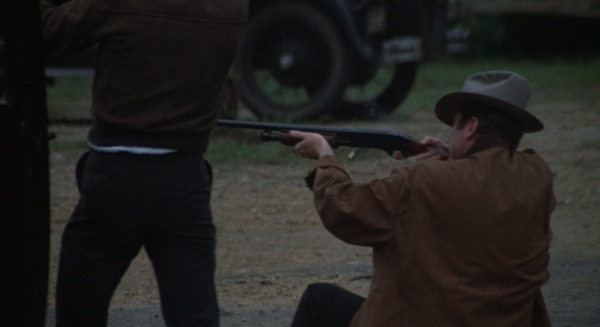 A spent shell flies out of another policeman's shotgun as he fires.
Retrieved from "https://www.imfdb.org/index.php?title=Thieves_Like_Us&oldid=934748"
Categories: