From Internet Movie Firearms Database - Guns in Movies, TV and Video Games
(Redirected from The Yards)
Jump to navigation Jump to search 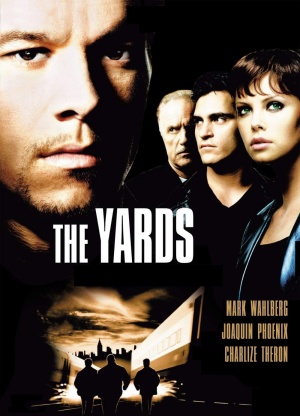 The following weapons were used in the film The Yards:

When Willie confronts him at "the yards", the yardmaster reaches for an early Colt Detective Special in his duffel bag.

Willie Gutierrez (Joaquin Phoenix) keeps a Walther PPK in his kitchen as a personal weapon, seen only briefly when he chambers it after hearing a knock at the door. Leo Handler (Mark Wahlberg) is given a Walther PPK which he carries throughout the film. Willie's thug Raymond Price (Andy Davoli) also carries a PPK, which Leo grabs after subduing him. The weapon carried by Leo on the DVD cover is a Dan Wesson revolver, never seen in the actual film.

Leo is given the PPK.

The NYPD, both the officers and the ESU, carries Glock 17 pistols throughout the film.

An ESU officer searches Leo's room with his Glock 17 drawn. 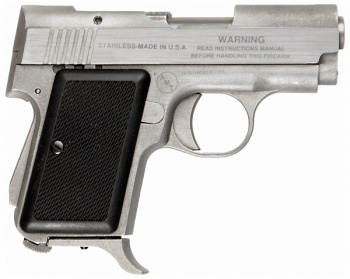 Frank's AMT Backup sits on the desk in front of him. At the end of this scene, he gets up and walks over into a closet...

... where he pulls the same AMT Backup from a drawer.