From Internet Movie Firearms Database - Guns in Movies, TV and Video Games
(Redirected from The Wind Rises)
Jump to navigation Jump to search

The Wind Rises (風立ちぬ; Kaze Tachinu) is a 2013 Anime historical drama romance movie directed by Hayao Miyazaki, based on the life of Japanese aviation pioneer Jiro Horikoshi. The young Jiro Horikoshi longs to be a pilot. In a dream, he meets the Italian aircraft engineer Giovanni Battista Caproni and receives some wisdom: it is much nicer to construct aircraft than to fly them. For this reason, the now-grown Jiro begins to study engineering at the Tokyo Imperial University some years later. On a train ride, he meets the beautiful Naoko Satomi, his great love. But it takes many years and a chance reunion until the two get engaged. But sharing time is not easy for the couple: while Jiko builds warplanes over the years as the lead developer for several companies, Naoko is struggling with health issues. 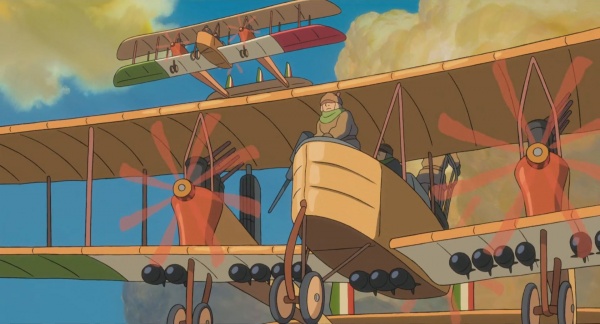 Young Jiro looks at Caproni bombers as they fly by. The barrel is seen. 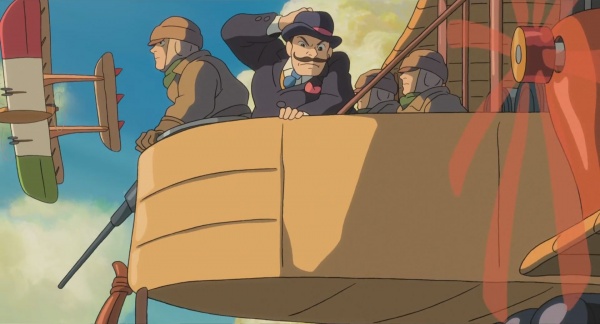 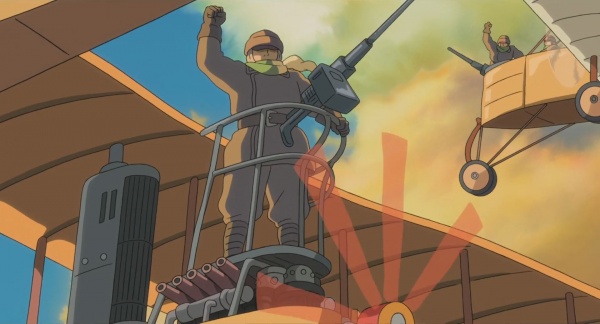 The Type 97 Aircraft Machine Gun is mounted on Horikoshi's planes like the Mitsubishi Experimental 7-Shi and the legendary Mitsubishi A6M "Zero". 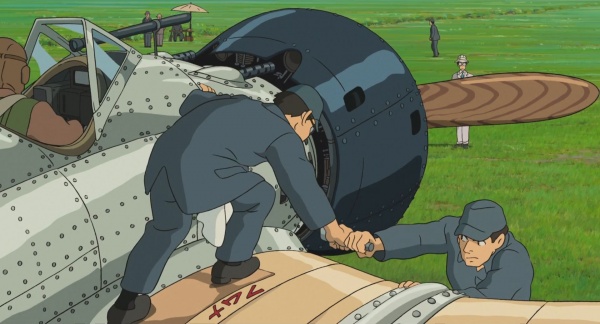 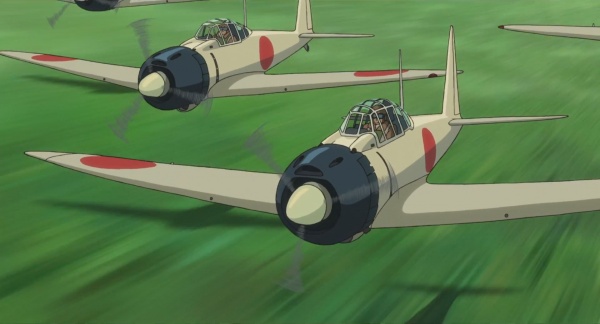 A6M fighters with the MGs. 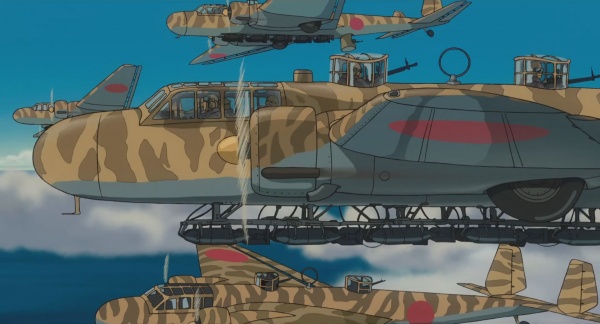 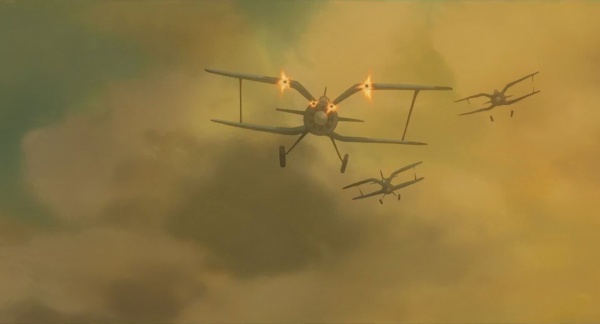 What appears to be two Ho-103 machine guns are mounted on a Nakajima G8N bomber wreck's turret. 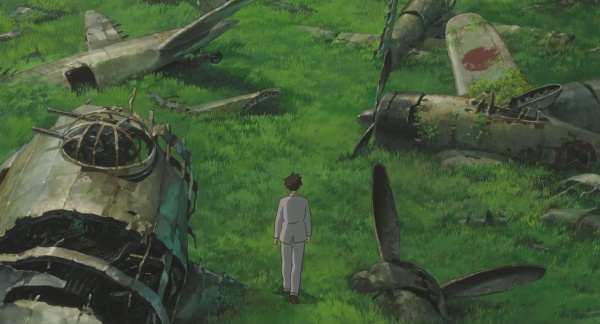 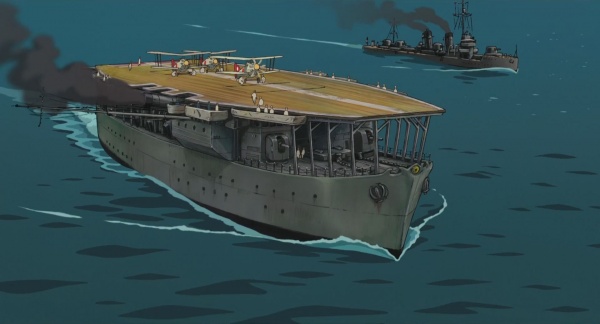 Note the two 14 cm/50 3rd Year Type naval guns at the Bow, Nakajima A1N1 fighters on deck and the sided chimneys. On the right there is a destroyer, which could be a Momo or Wakatake-class. 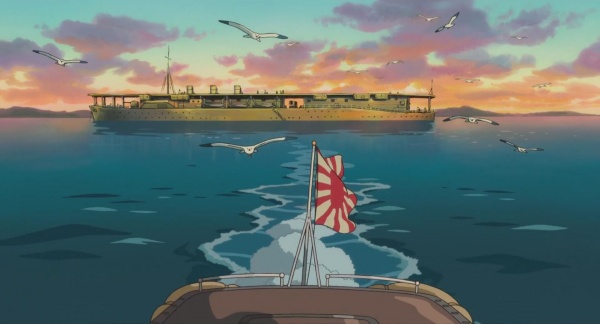 Full side view; the chimneys are now directed upwards. 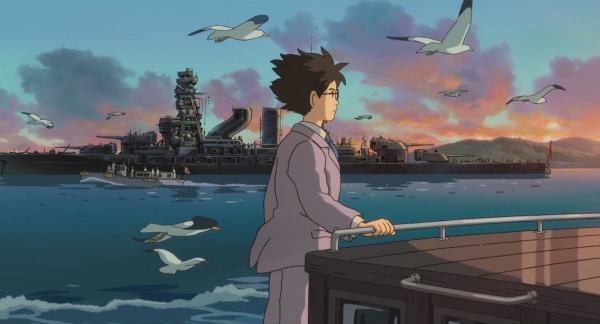 Note the curved chimney which is a pre-1936 feature (correct for the Nakajima A1N1 fighter testing, carried out around 1930).