From Internet Movie Firearms Database - Guns in Movies, TV and Video Games
(Redirected from The Searchers)
Jump to navigation Jump to search 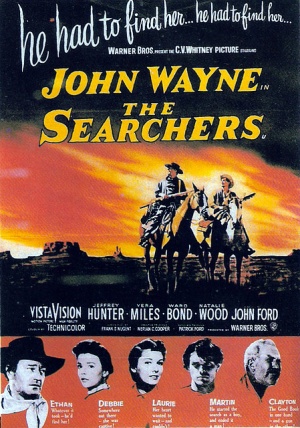 The Searchers is the classic 1956 Western directed by John Ford and stars John Wayne as Ethan Edwards, an aged Confederate Civil War veteran who is determined to find his niece (Natalie Wood) who was kidnapped by Comanche Indians. The film takes place only three years following the Civil War, yet features several anachronistic firearms.

The following weapons were used in the film The Searchers:

Several characters use Colt Single Action Army revolvers as their sidearms in the film including Ethan Edwards (John Wayne) and Martin Pawley (Jeffrey Hunter) which is anachronistic as the movie is set three years after the American Civil War (1861-1865) and the Colt SAA did not appear until 1873. 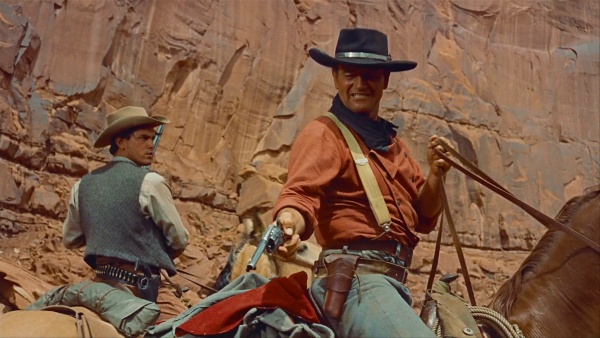 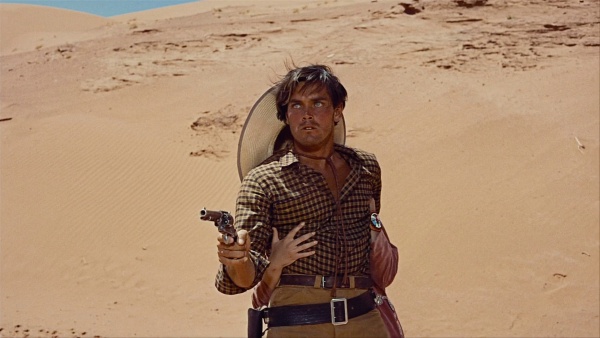 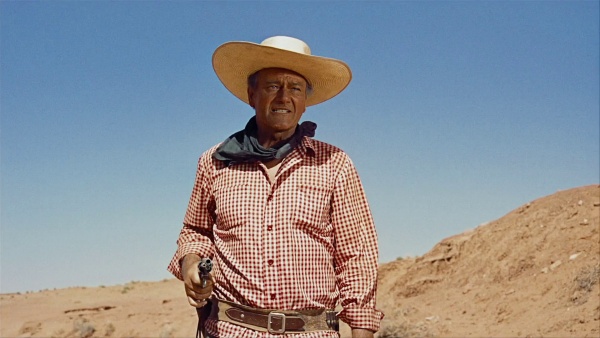 Ethan with his SAA.

Ethan Edwards (John Wayne) rifle of choice is a Winchester Model 1892, which is anachronistic to the film, as the Winchester 1892 was not manufactured until decades later. 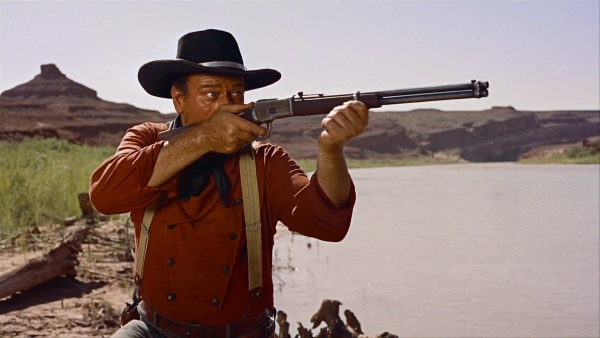 Ethan Edwards (John Wayne) opens fire with the Winchester Model 1892, which is anachronistic to the film, as the Winchester 1892 was not manufactured until decades later.

Another weapon anachronistic to the movie is the Winchester 1873, which is used by lawmen and Martin Pawley (Jeffrey Hunter). Scar is seen holding one as he approaches Pawley, but is gunned down by Pawley before he can use it. 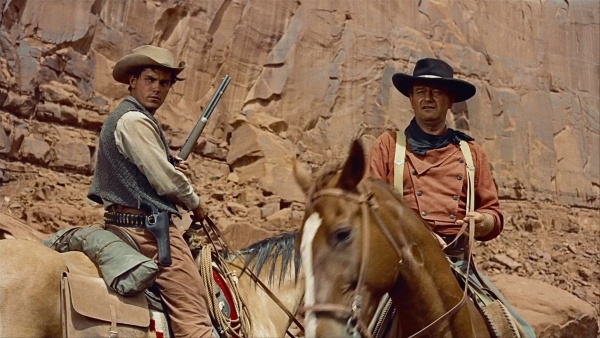 On the left, the anachronistic Winchester 1873, which is held by Martin Pawley (Jeffrey Hunter). 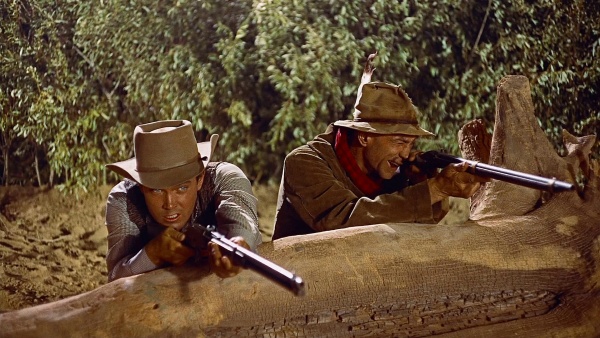 On the left, Martin fires the Winchester.

While some Comanches have Winchesters, others have Springfield 1861 muzzle loading rifles. 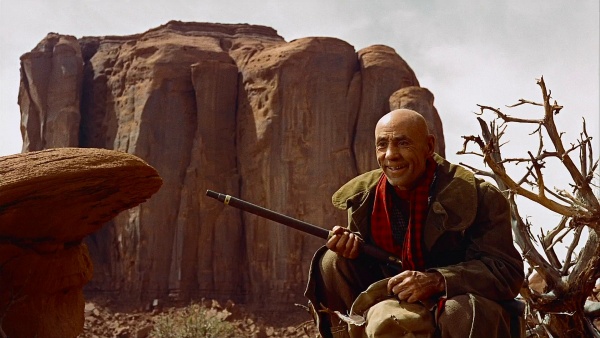 A single barreled shotgun is carried by Aaron Edwards before the Comanche attack. It is also seen above the doorway of their home earlier in the movie.