From Internet Movie Firearms Database - Guns in Movies, TV and Video Games
(Redirected from The Protector (2005))
Jump to navigation Jump to search

The Protector (original Thai title: Tom-Yum-Goong) is a 2005 Thai martial arts action film directed by Prachya Pinkaew (Ong-Bak: The Thai Warrior). Tony Jaa stars in the film as Kham, a member of a family line of guards who once oversaw the protection of the King of Thailand's war elephants. When poachers steal the elephants and sell them to the Chinese gang in Sydney, Kham must now fulfill the duties of his family by finding the elephants and bringing them home. Among the film's notable sequences is a nearly 4 minute uninterrupted fight scene. A sequel, The Protector 2 (Tom-Yum-Goong 2), was released in 2013.

The following weapons were used in the film The Protector: 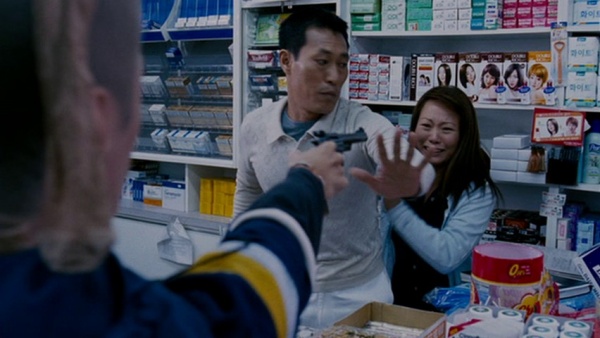 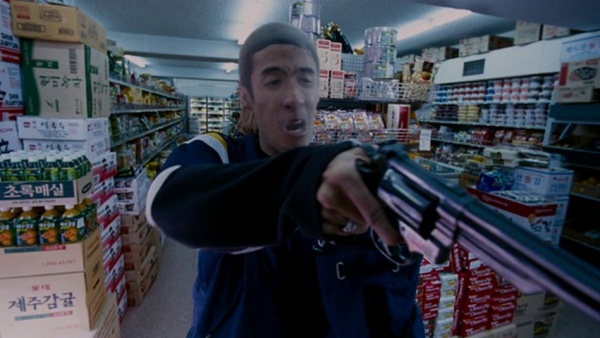 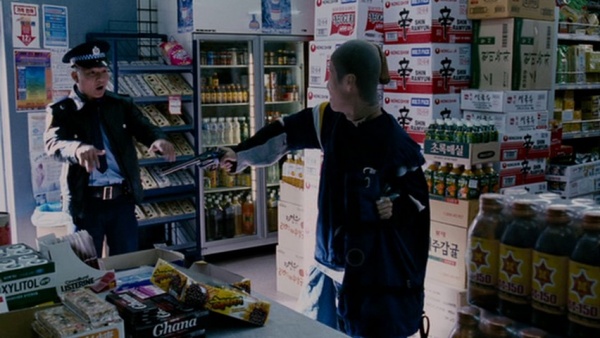 The Beretta 92FS is one of the most commonly seen handguns in the film. It can be seen in the hands of various members of the Thai gang, the security detail of Australian Secretary General, Sergeant Mark (Petchtai Wongkamlao), Johnny (Johnny Nguyen) and Jimmy the taxi driver (Panda Likoudis). 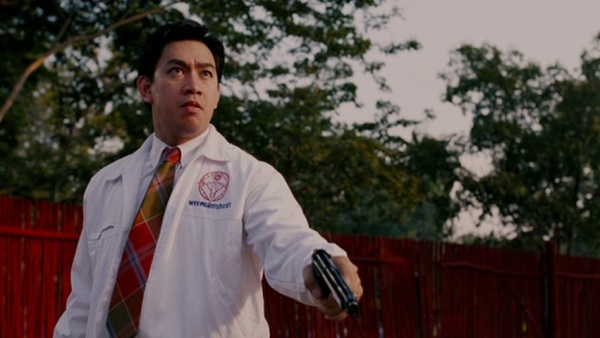 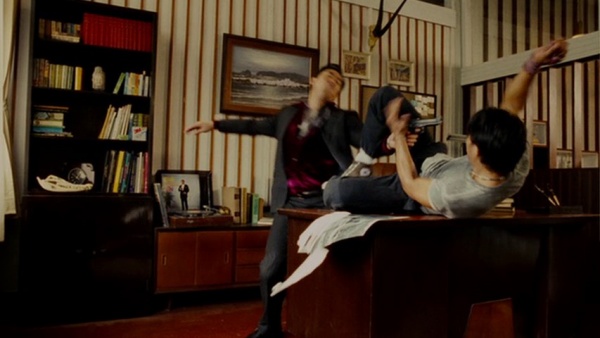 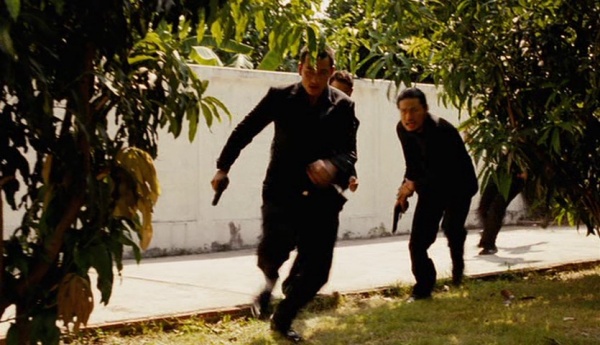 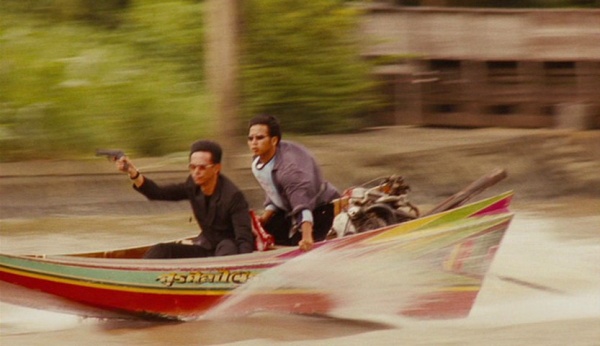 A Thai gangster holds a Beretta during the boat chase. 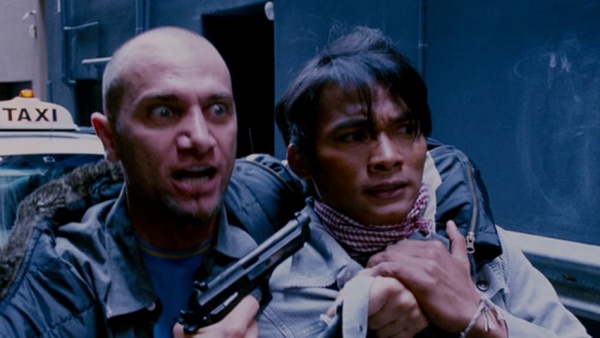 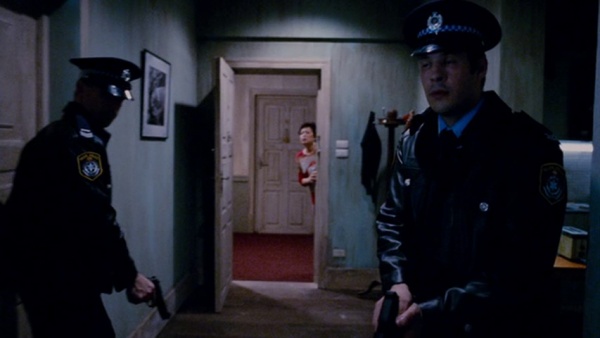 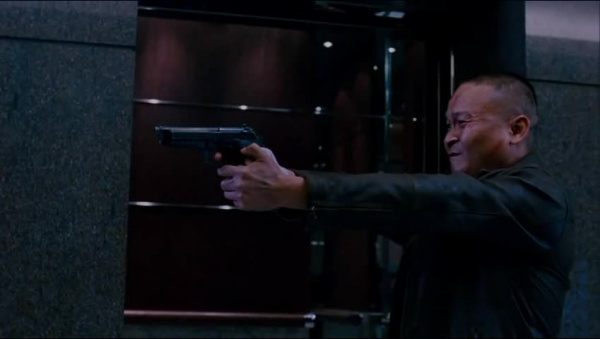 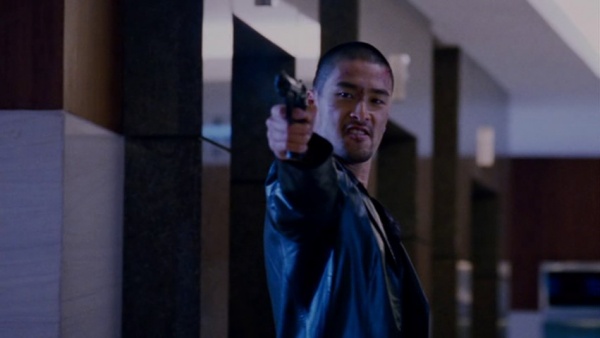 Suthep (Sutanai Buyaketu) and one of his gangsters use the Beretta 92FS Inox. 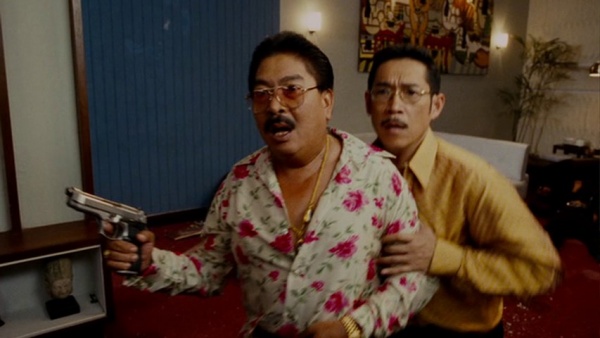 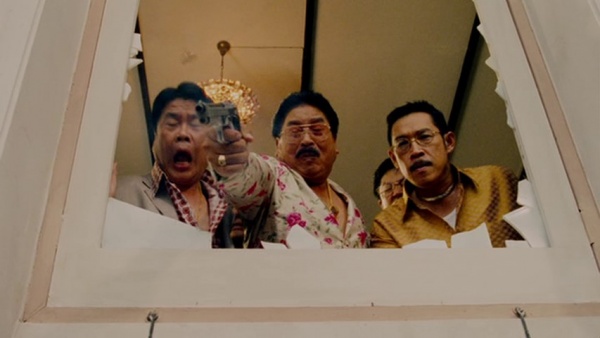 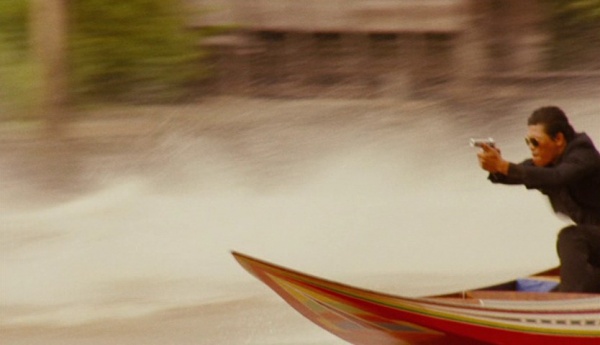 A gangster fires a Beretta 92FS Inox during the boat chase.

The 2nd Generation Glock 17 is also commonly seen in the film. It is mainly seen in the hands of the officers of the New South Wales Police Force (though they are armed with the Glock 22 in real life). Officer Rick (David Asavanond) and Sergeant Mark (Petchtai Wongkamlao) carry Glock 17s as their duty firearm. The Glock 17 can also be seen in the hands of Inspector Vincent (Damian de Montemas), various gangsters as well as the Secretary General's security detail. 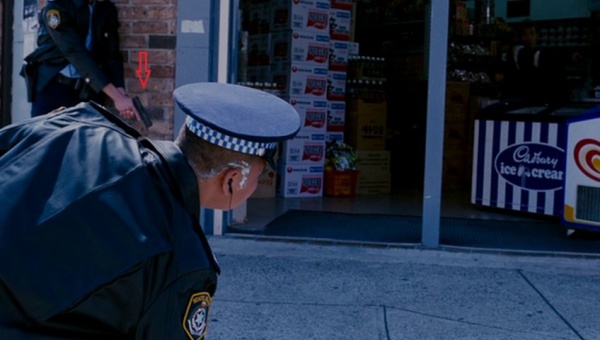 A policeman holds a Glock 17 at the ready (red arrow). 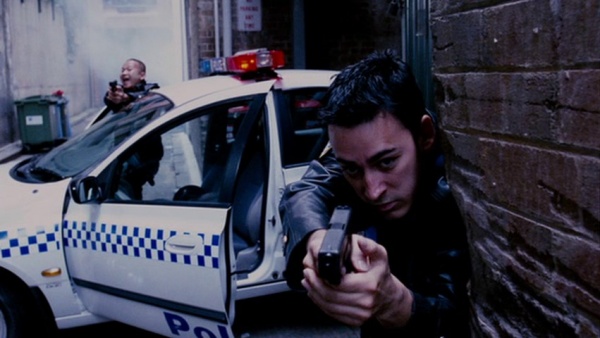 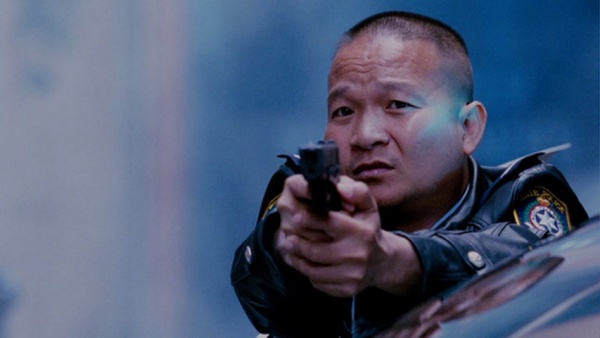 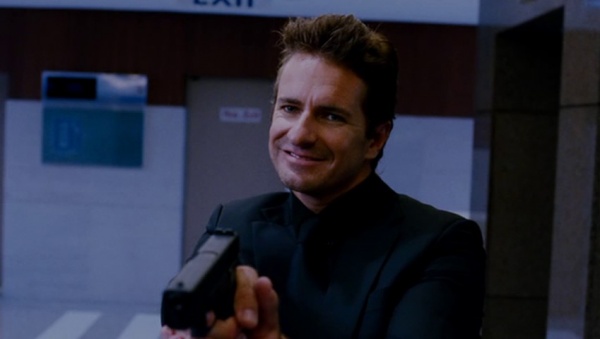 The Walther P99 is seen in the hands of Tui and Vincent. 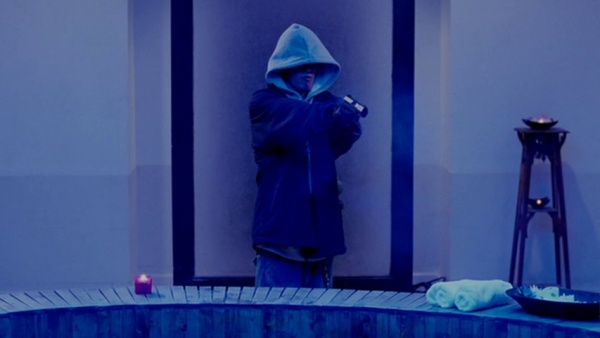 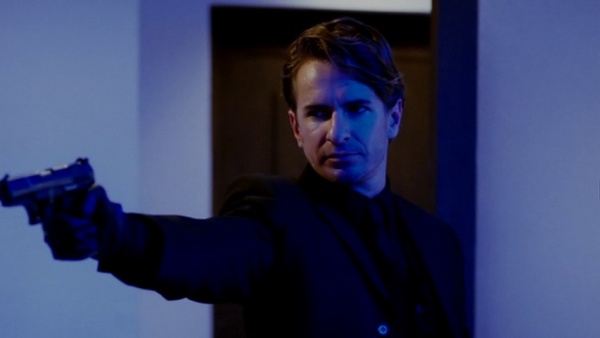 A poacher uses a Remington 870 Express in one scene. 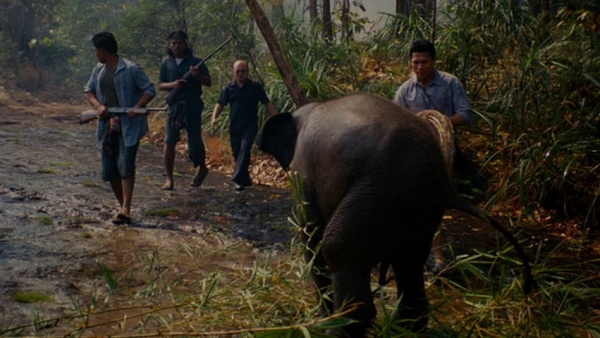 A poacher (left) carries a Remington 870 Express. The poacher second from the left carries an unidentified rifle or shotgun. 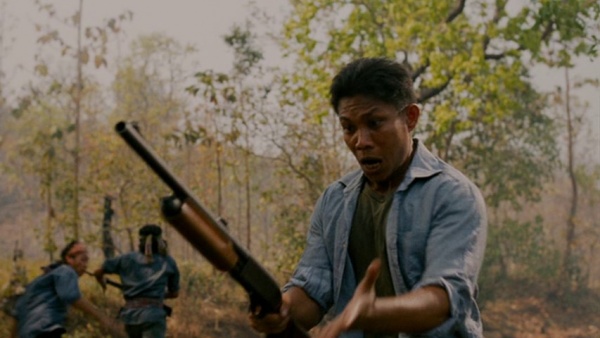 A closer view of the shotgun.

During the river-boat chase, the gangsters call in a helicopter as reinforcement. Inside the helicopter, a gangster fires a Colt Model 607. 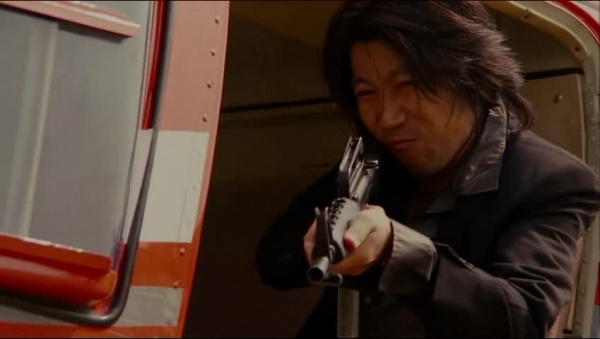 The gangster firing his SBR rifle.
Retrieved from "https://www.imfdb.org/index.php?title=Protector,_The_(2005)&oldid=1524308"
Categories: