From Internet Movie Firearms Database - Guns in Movies, TV and Video Games
(Redirected from The Paper)
Jump to navigation Jump to search 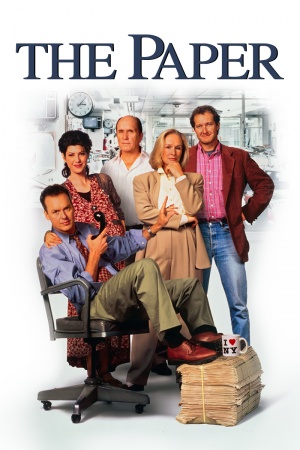 The following weapons were used in the film The Paper:

Michael McDougal (Randy Quaid) is seen carrying a Smith & Wesson Model 60 in his waistband, claiming he needs to protect himself from NY Parking Commissioner Marion Sandusky. Later, Sandusky himself (Jason Alexander) seizes the gun and threatens McDougall with it. 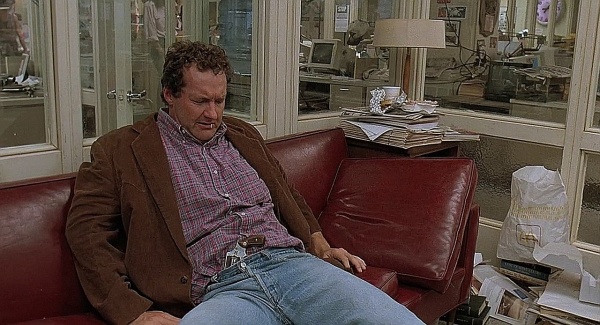 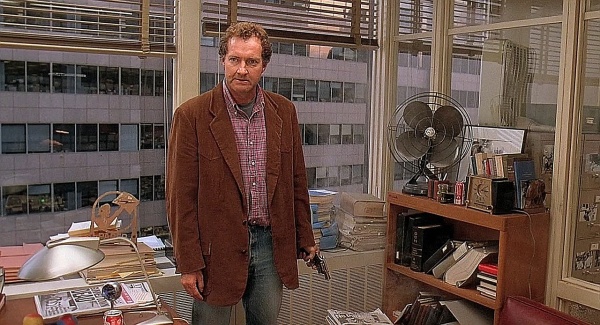 "Let... Marty... talk to her husband... please."
McDougal fires his revolver into a stack of newspaper to quiet the crowd of employees making bedlam in Henry Hackett's (Michael Keaton) office. 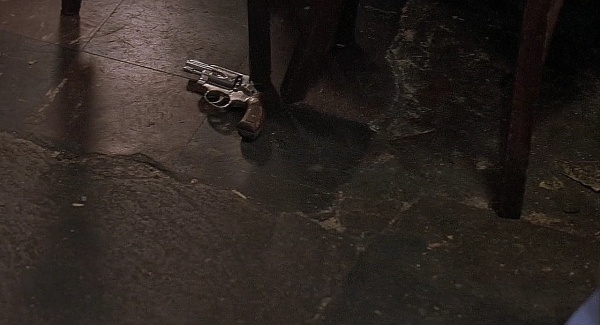 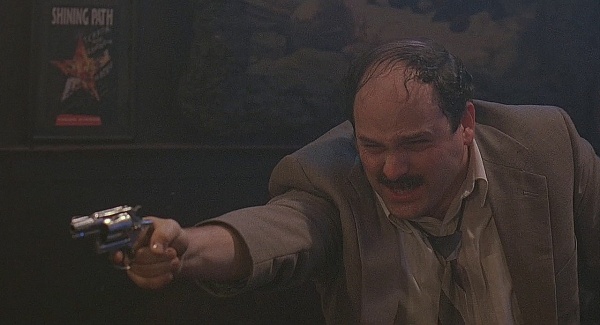 The revolver in the hands of Marion Sandusky (Jason Alexander).

Uniformed NYPD officers carry the Smith & Wesson Model 10 with the 4" Heavy Barrel. This would be correct for the time period. The NYPD had transitioned to semi-automatic handguns in 1993, but allowed those officers employed before the transition to continue to carry the revolver if they so desired. 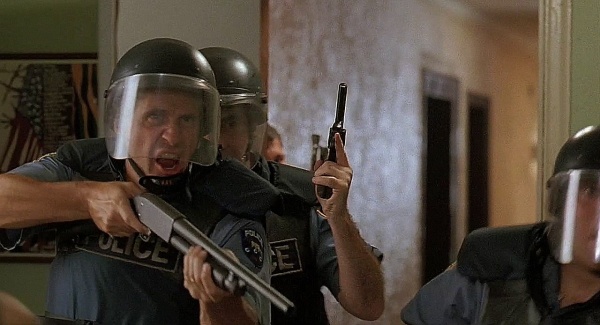 An NYPD officer holds the revolver on the right.

NYPD ESU officers are seen armed with Ithaca 37 shotguns. Some are seen with an extended barrel and tactical forelight as the ESU clears a house.

An ESU officer on the left with the shotgun.
Retrieved from "https://www.imfdb.org/index.php?title=Paper,_The&oldid=1185195"
Categories: