Navy vs. the Night Monsters, The

From Internet Movie Firearms Database - Guns in Movies, TV and Video Games
(Redirected from The Navy vs. the Night Monsters)
Jump to navigation Jump to search 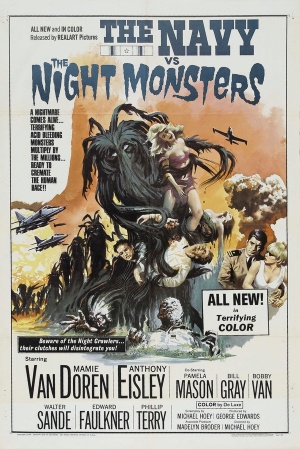 Specimens of strange trees are found by a scientific expedition in Antarctica as part of "Operation Deep Freeze." En route to the United States, the plane carrying them experiences problems and crashlands on Gow Island, where there is a US Navy outpost. Only the pilot is found and in a state of shock. Everyone else is missing. Acting C.O. Lt. Brown (Anthony Eisley) and head scientist Dr. Beechum have the tree specimens planted near Gow's hot springs. At night however, the trees walk... and make their human victims disappear with their melting touch.

The following weapons were used in the film The Navy vs. the Night Monsters:

The M1911 is the standard sidearm of the US Navy personnel. Acting C.O. Lt. Charles "Charlie" Brown (Anthony Eisley), Ensign Rutherford Chandler (Bobby Van) and others carry them. 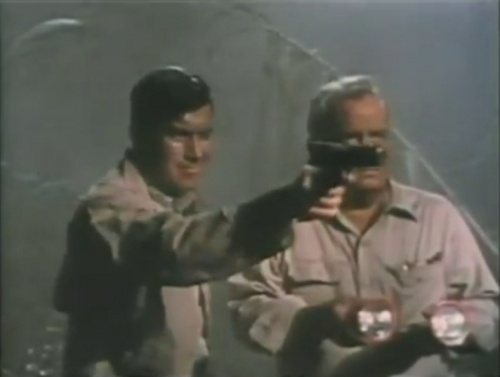 Lt. Brown (Anthony Eisley) fires at one of the ambulatory trees with his M1911.

Numerous US Navy personnel throughout the film use M1 Carbine rifles. 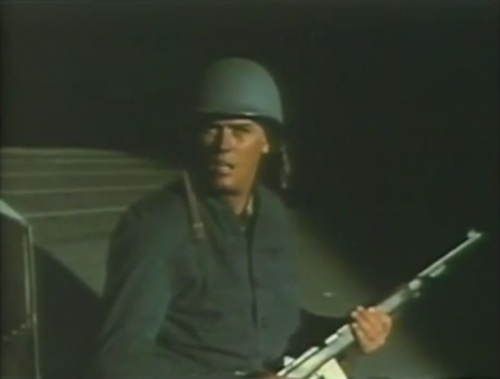 US Navy MP on duty with his M1 Carbine.
Retrieved from "https://www.imfdb.org/index.php?title=Navy_vs._the_Night_Monsters,_The&oldid=581189"
Categories: